By Josiah Hughes
Published Dec 10, 2018
Celebrities are often the subject of much scrutiny, with the most private details of their lives frequently being exposed by the media. That said, despite initial appearances, an upstate New York newspaper did not mean to publish a headline saying that Julia Roberts' "holes get better with age."

Over the weekend, the Post-Journal in Jamestown, NY, ran a glowing profile on Roberts focused on the success of her recent Amazon series Homecoming. Its accompanying headline read "Julia Roberts Finds Life and Her Holes Get Better with Age."

Though it was too late for them to prevent the headline from going viral, the paper ran a correction pointing out that they did not mean to put Julia Roberts' holes in the spotlight like that.

Read the correction below, as captured by TMZ. 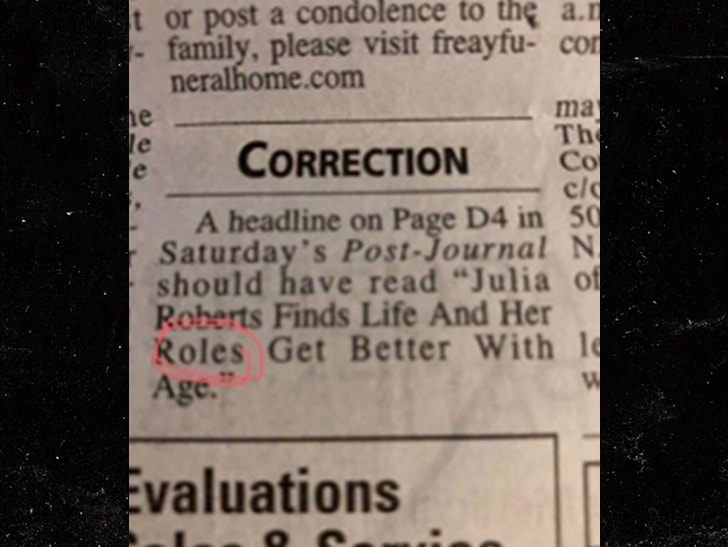