By Josiah Hughes
Published Apr 25, 2017
Late last year, Wes Anderson shared the details of his next film Isle of Dogs and we've been salivating ever since. Today, the director has finally unveiled a little more about the film.

Below, you'll see the first poster for the project. It showcases what looks like an astronaut who has landed on a landscape full of adorable pups. We can't quite tell, but we're pretty sure at least one of them is wearing a knit scarf. In other words, it looks twee as all hell.

Unfortunately, we have to wait just under a year to see the finished results. As the poster indicates, the film won't open until April 20, 2018. 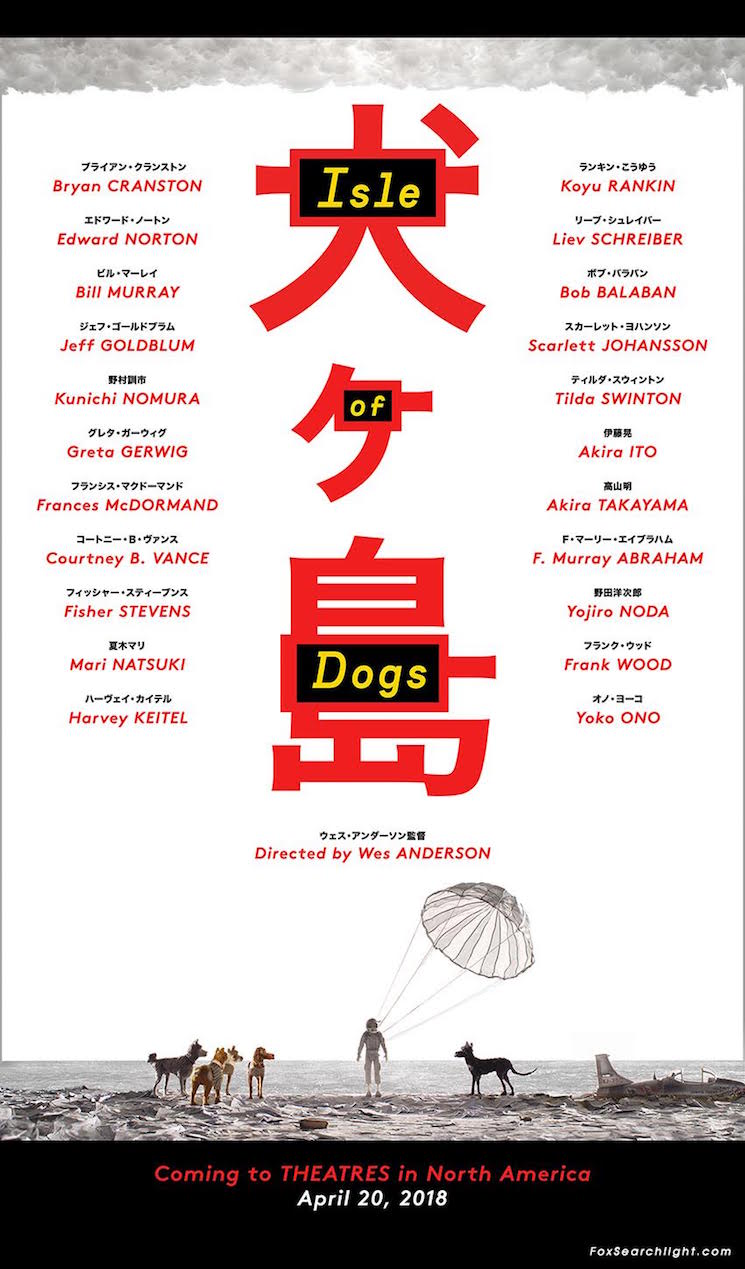