By Brock Thiessen
Published May 13, 2014
As promised, Neil Young and Jack White appeared on The Tonight Show Starring Jimmy Fallon this evening (May 12) and proceeded to make music history — or at the very least give us something novel.

Teasing Young's new A Letter Home, which is being released in box set form on May 27, he played a song on the show and went on to press the performance to vinyl, all in one take. As suspected, the pair used Third Man's Voice-o-Graph recording booth, where Young recorded the new album with White.

The song offered up was Young's cover of the Willie Nelson ballad "Crazy," and below you can watch the replay.

Also below you'll find a photo of the actual record, which Fallon tweeted after the show. It was even played on a turntable for the audience during the broadcast. 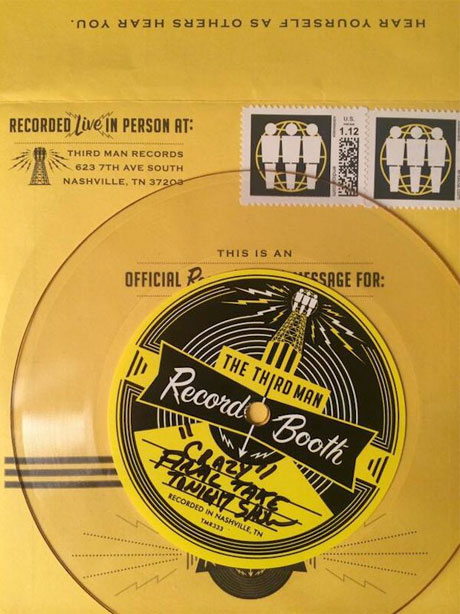