Though it's unclear exactly when the damage was done, a fan of the band jumped onto @U2 Forum earlier this month to report that one of the tree's limb had been sawn off, Consequence of Sound points out.

"This past Sunday (February 8), I made my proverbial yearly hike out to the Tree with my dog to reminisce only to find that some hack and I do mean hack, decided it was a bright idea to take a hacksaw to one of the Tree's limbs — evidently to remove an inch thick cross section as a souvenir," message board user "Hwy 190" reported of the incident, further labelling the unknown vandal "selfish" and an "ignorant low-life degenerate."

The user reported that the tree in question had previously been weakened in the late '90s when a stream had developed beneath its roots, and it had tipped over. "My cynical belief is that some jack-ass climbed the tree and while saying 'take my picture dude' the additional weight keeled the tree over," the poster surmised of the earlier situation.

Apparently, the tree is marked by a small plaque and fans often make a pilgrimage to the location. However, some posters on the forum complained that it has been riddled with trash and trinkets left my some fans in recent years.

The park has seemingly not made any comments on the apparent act of U2-minded vandalism, nor have the band.

You can see a photo of the supposed damage below.

On a more positive note, U2's Songs of Innocence apparently wasn't as burdensome on iTunes users as detractors had initially thought. Earlier in the week it was reported that 23 percent of music listeners with iOS devices listened to at least one U2 song from the LP during the month of January 2015. Taylor Swift came in second in the study at 11 percent.

Bono had noted of the accomplishment: "If these figures suggest that these songs still matter to people, then we're knocked out. That's all any songwriter wants." 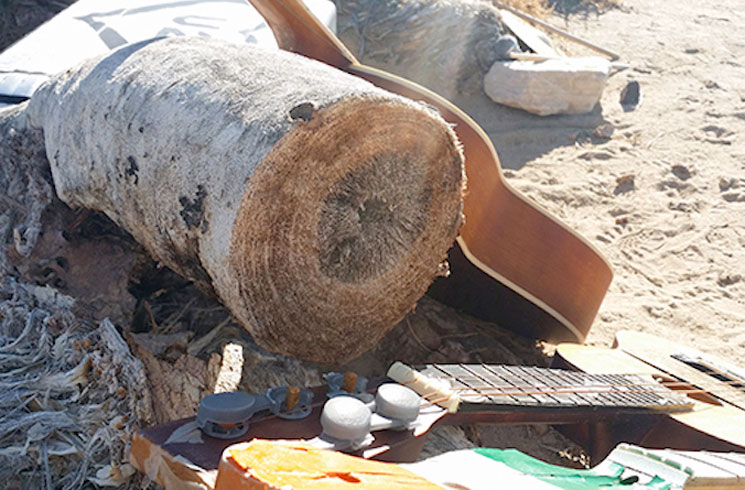