"My job is basically like running a record label, except this record label also happens to sell chicken"

By Josiah Hughes
Published Apr 03, 2017
U2's last few albums have been fairly corny. The band's fast-food rock has been met with Bono's battered personality coming across as somewhat fried in interviews. Still, thanks to their hefty side of pop, U2 continue to roll in the gravy. Part of that can be credited to producer Steve Lillywhite, who knows a patented recipe for success. Now, he's taken his skills to the next level by getting a job at KFC. 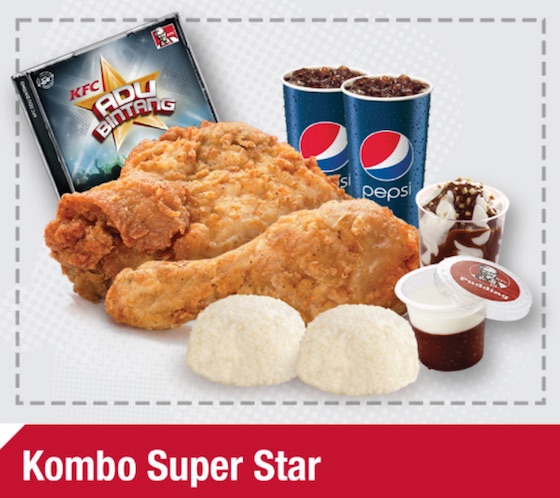 Lest you think this is a two-days-late April Fools' joke, the New York Times were the ones to break this finger-lickin' news. They even landed an interview with Steve "Would You Like a CD with That?" Lillywhite himself.

"My job is basically like running a record label, except this record label also happens to sell chicken," Lillywhite said. "Record companies pitch artists to me and I'll say either 'yes' or 'no.' Or I'll approach an unsigned artist and say, 'I will guarantee you a slot in KFC if you sign directly with us.'"

Lillywhite added that KFC's "are more like Hard Rock Cafes than fast food outlets" in Jakarta. He added that chicken enthusiasts prefer music that "makes people's emotions go wild," adding, "They love ballads, they love smooth jazz and they love to cry."

The greasy casual dining resto is in fact one of the last ways to buy music in Jakarta.

"In Indonesia, CDs are $4," Lillywhite added. "And since nearly all of the record stores have closed down due to the cheap influx of pirated CDs, KFC is really the only place to buy them these days. People no longer go out to buy CDs on their own, but they do go out to buy chicken. And now buying a CD has become part of that experience. We even do concerts at KFC with some of our artists. So music and chicken have become intertwined."

In other news, Nathan for You is expected to return later this year.