This Fake Fugazi Reunion Is the Best

By Josiah Hughes
Published Oct 02, 2015
In an age where every band seems to reunite, there's one that continues to hold out: staunchly independent, anti-corporate Washington, DC post-punk act Fugazi. Though they could probably make millions from a comeback, it doesn't look like it'll happen any time soon. That said, some jokesters have made the impossible happen with a hilarious new Facebook event page that reimagines Fugazi as thirsty corporate shills.

The show is billed as "Scion presents FUGAZI live at Club Nokia." The supposed show is set to go down on November 5 in Los Angeles, and the event page reads, "Fugazi plays their first gig in 20 years for their fav corporate sponsor Scion and at their fav flip-phone provider and concert venue club nokia. Tickets range from $69 - $420. Legendary metal band Kratos to open the gig."

The show has since racked up over 3,000 attendees, and while some have fallen for the hoax, others have used it as an opportunity to post some wonderful Fugazi-related memes: 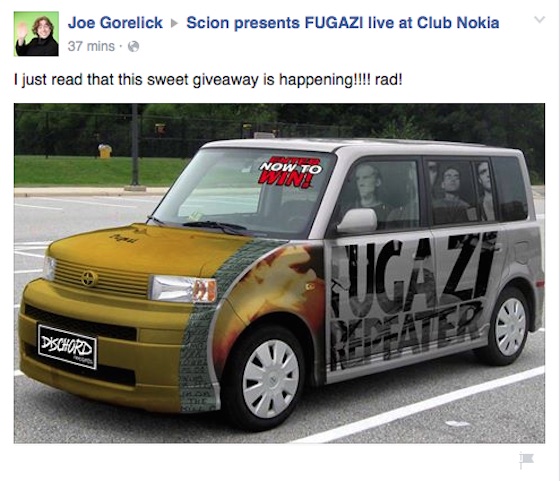 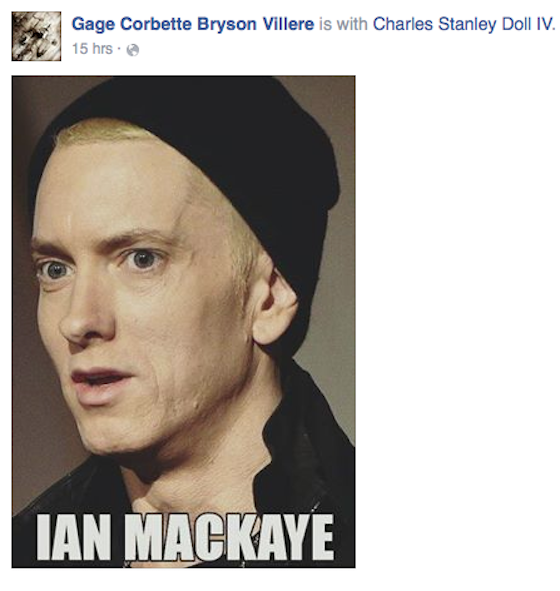 Equally hilarious is that on November 5, Club Nokia will actually be hosting a show from horrendous crabcore monsters Falling in Reverse.

Then again, maybe the Fugazi reunion isn't a joke. After all, the band's drummer says he's attending: 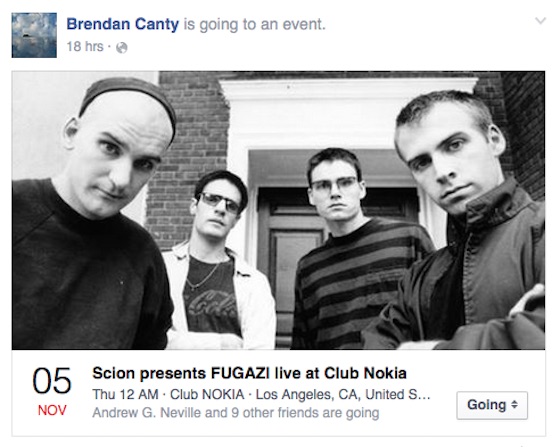