By Gabrielle Mulholland
Published Jul 10, 2020
7
How do you feel about the outlook of local music in your city right now? Are your venues and rehearsal spaces closing? Was this already happening before a certain international situation took hold of the economy? I've been finding it hard to believe we ever packed our sweaty meat sacks into rooms with no air conditioning to watch people yell and spit beer into our faces. But it did happen. Right?

A couple months ago when the former Toronto venue Soybomb shared a photo on Instagram from the pages of a forthcoming photography book, Toronto DIY (2008-2013), I felt like I was the victim of a targeted ad. It's been a six-year-long minute since I lived in my Toronto, my hometown, but since moving away in May 2014, I've watched as multiple music spaces have been shuttered. When a city has a hard enough time keeping a "legitimate" institution such as the Silver Dollar open, you know that the fate of DIY venues is bordering on terminal. 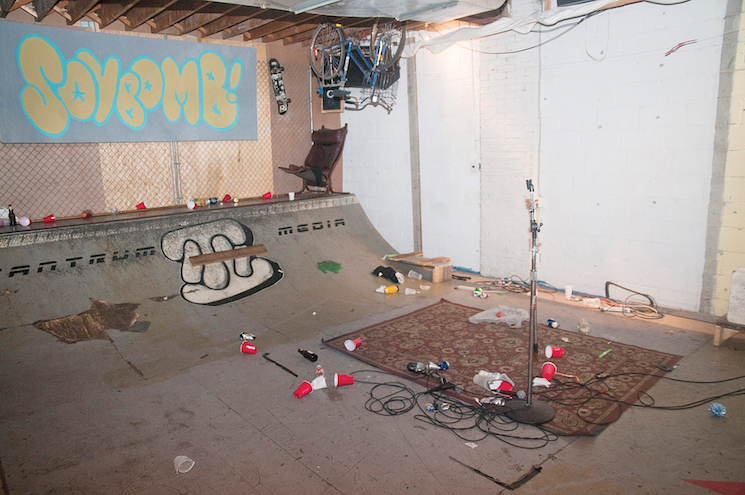 As I began to look through the photos on the author and photographer Sean DeCory's webpage for the book, the contents of Toronto DIY (2008-2013) became that much more surreal and excruciating. From behind my phone screen, a six hour drive away, stuck in my apartment in the midst of a pandemic, I was looking at photos I'd never seen from shows that I attended over ten years ago.

The physical book runs at about 180 pages in landscape formatting and details three former DIY venues in Toronto: Soybomb, Siesta Nouveaux and the Brohaus, and a selection of the prominent Toronto punk bands including S.H.I.T., Creeper, Animal Faces and more. The passionate forward is given by Decory's friend and former Toronto punk Lance Marwood, and his words do a very good job of making me feel better for being so overly sentimental about this project. Decory himself also writes a short page or two about his experience of each venue and his motivations behind both the book and his photography practice.

The remaining pages of the book are reserved for DeCory's photographs. The photographs themselves are mostly shots taken at shows — crowdsurfing, mosh pits, punks covered in blood and sweat. The mark of the late aughts digital show photography (light trails caused by slower exposure and a flash) becomes a bit repetitive, as photos start to bleed into one. This stands to serve the content of the book, however, as dedicating a printed and bound format of photos that would otherwise live online lends them the consideration that a tribute body of work like this aims to provide. The show coverage is accented by smaller moments, such as the filthy and garbage-ridden bathroom (that you can almost smell) during a house show, or two people kissing in a formerly dark corner of Siesta Nouveaux, studs glistening in the light of the flash. 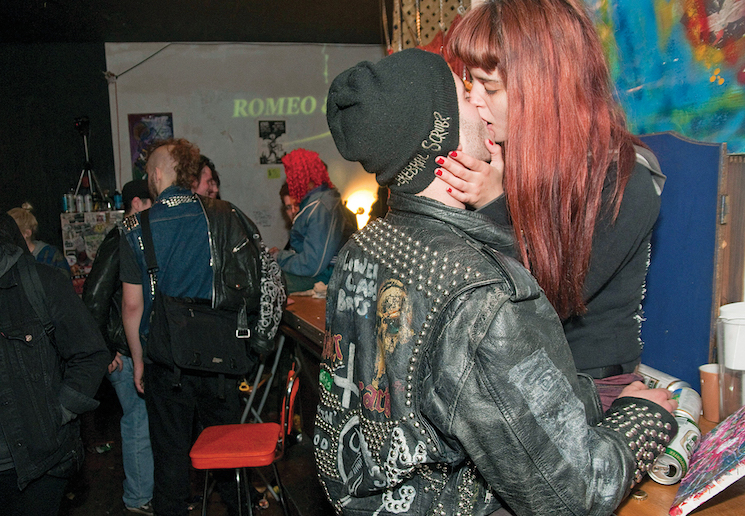 While the photo book largely brings back fond sentiments and nostalgia, it's truly a bittersweet feeling. It hurts knowing that Toronto's DIY punk scene becomes less and less feasible as both the population and the cost of living grow, but seeing the years of photography compiled into a book also brings out what was often the glaring lack of diversity in the Toronto music scene during this time. It would be years before I, a white, cis woman, would successfully start a band of my own, instead of facing gatekeepers who decided on who would be able to participate. This is an eye-opening reflection as to the greater challenges posed to marginalized groups within the scene. It wouldn't be until after I left that I would begin to see local bills filled with bands who had prominent gender and race diversity. Toronto DIY (2008-2013) provides that introspection, and it's important to reflect on how a community has changed.

Although the specificity and sentiment of this work might seem to be the driving force, I think my favourite part about the photographs are the faces of the people in the crowd. For some it may be a Where's Waldo? of people you know or knew, but in many other ways, the crowds become a faceless range of expressions. I asked DeCory if he could identify any photos with 18-year-old me dressed as a NSFW Sonic at a Soybomb Halloween show in 2009. Sadly he could not. But as I began to scan the faces in the crowd, I noticed someone standing with their hands awkwardly pressed against their thighs, looking towards the door of the venue. In a way, all of these photos are of me and of anyone who has ever gone to a show and felt the sweaty restlessness.

Maybe you were there. Maybe, like me, you can't remember them all because they blur into a singular, long night since you've left. Regardless, this photo book might detail what could be any DIY punk scene of any city currently being devastated by late-stage capitalism. What's special — and painful — to me about a book like Toronto DIY (2008-2013) is being able to open it and take yourself back to a show, a period of time or a venue, if you want to. Or try and remember what it was like to even have the option of going to one in the first place. 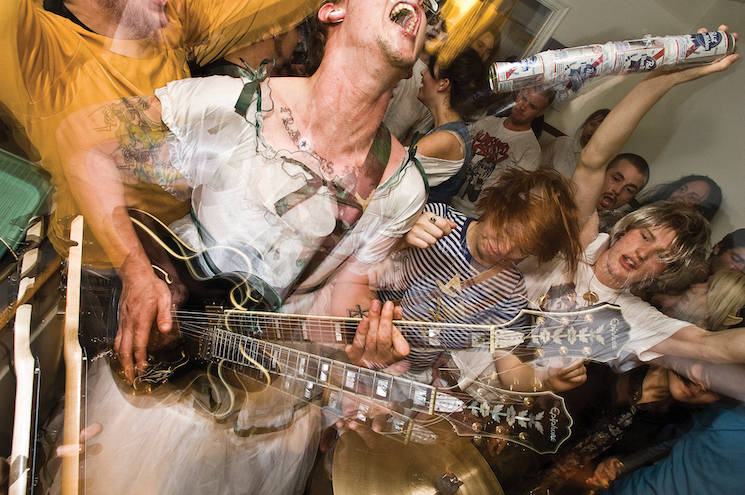 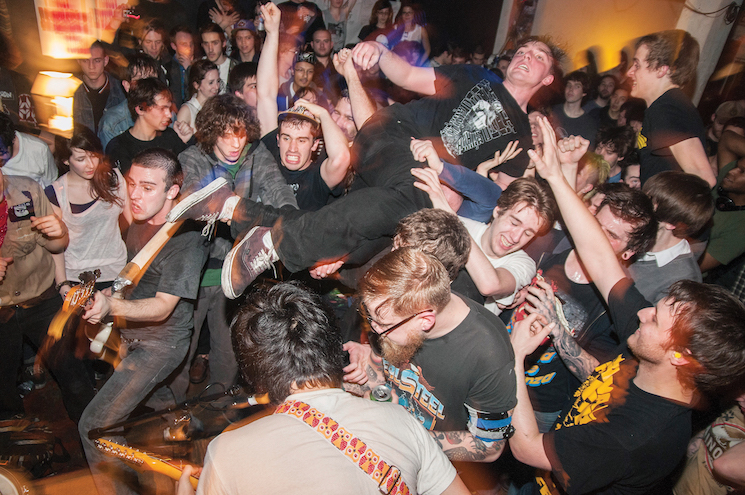 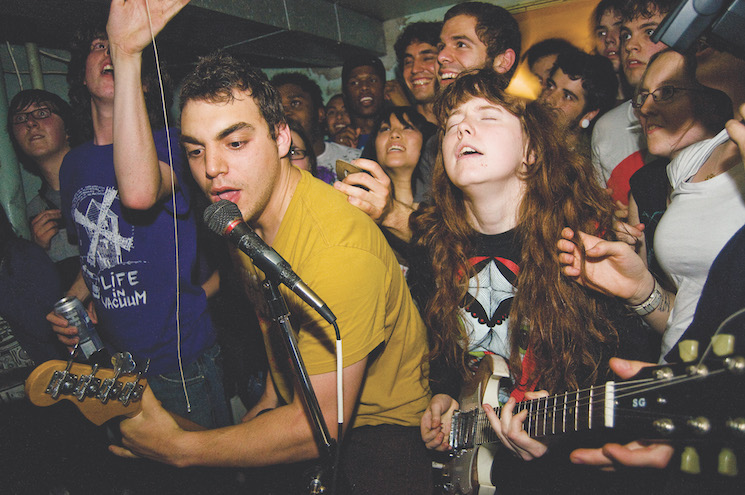