The Sound of October 2021: This Month's Essential New Releases 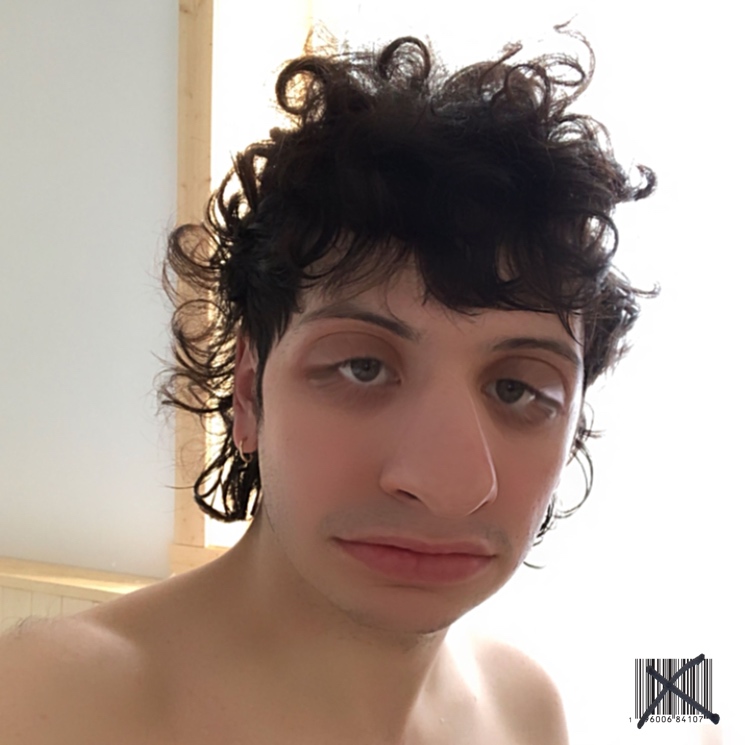 Hubert Lenoir's PICTURA DE IPSE : Musique directe is an audio diary full of noisy field recordings and disjointed snippets, touching on the Quebec phenom's struggles with self-esteem following a media backlash. But peppered amidst the album's chaotic interludes are gorgeous songs that touch on synthpop and soul, amounting to a demanding but rewarding listen. Learn more in our recent interview.

Standout track: "HULA HOOP"
PICTURA DE IPSE moves fast, with 20 tracks in 50 minutes. But "HULA HOOP" is a long, slow exhale with purring organ, echoing splashes of guitar and a chorus hook as cyclical and hypnotic as the titular toy.
Alex Hudson 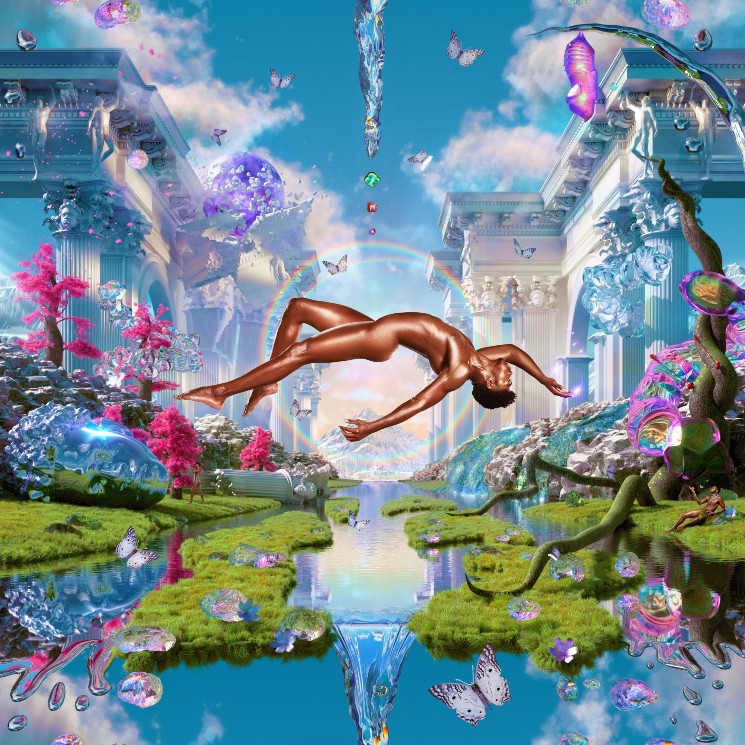 Two years after breaking records with debut single "Old Town Road," Lil Nas X proves that he's no one-trick pony on debut album MONTERO. On it, he heavily explores themes of queer love and heartbreak, his adjustment to the spotlight, his pride in his accomplishments, and reflections on his life before fame. Read our full review. 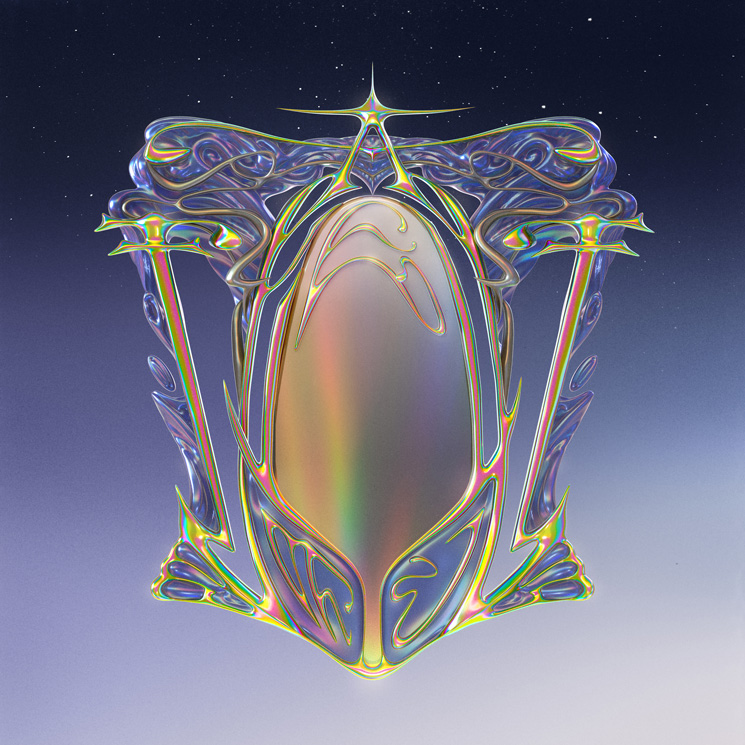 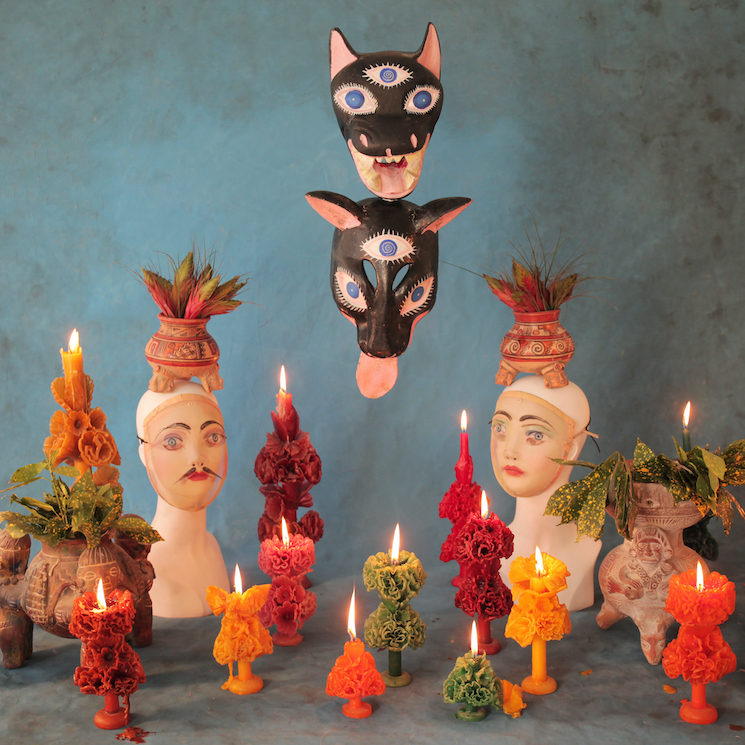 How do you touch the present? That might have been the single question guiding Brandon Valdivia's newest Mas Aya record — or perhaps more finely: how do you touch another country's present, when there's nearly six thousand kilometres between? A dialogue of sorts with Valdivia's homeland of Nicaragua, Máscaras answers that question with deep, active listening. Read our full review.

Standout track: "18 de Abril"
Referring to the first day of the 2018-2021 Nicaraguan protests, the repeated short but united blasts of a chorus of flutes resemble a people's siren.
Tom Beedham 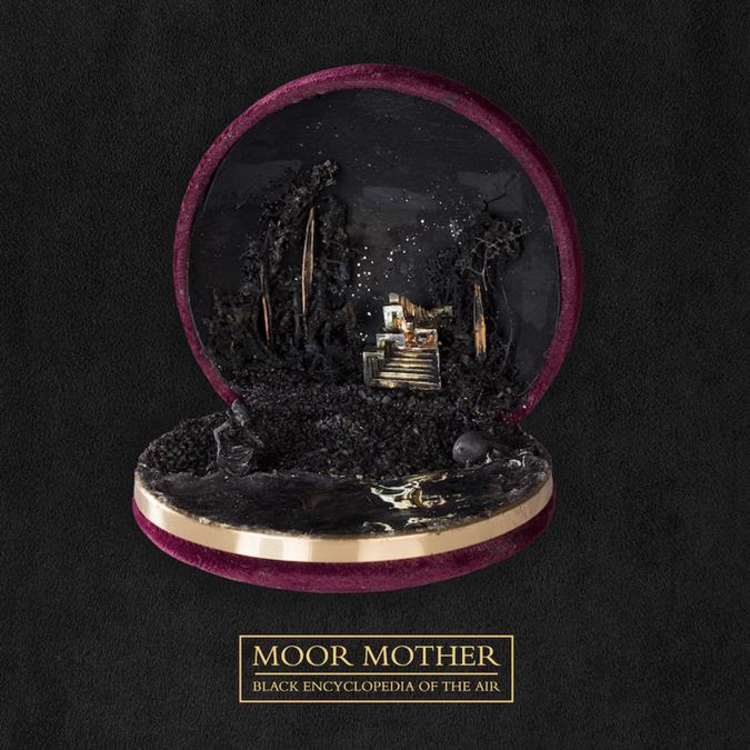 Camae Ayewa pulls together a collection of underground hip-hop artists to help create something more digestible without sacrificing an ounce of her boundary-pushing, political or adventurous spirit. Mostly sticking to hip-hop beats and traditional song structures, Ayewa decides instead to challenge listeners through performance and her lyrics. Read our full review.

NAO
And Then Life Was Beautiful
(Little Tokyo) 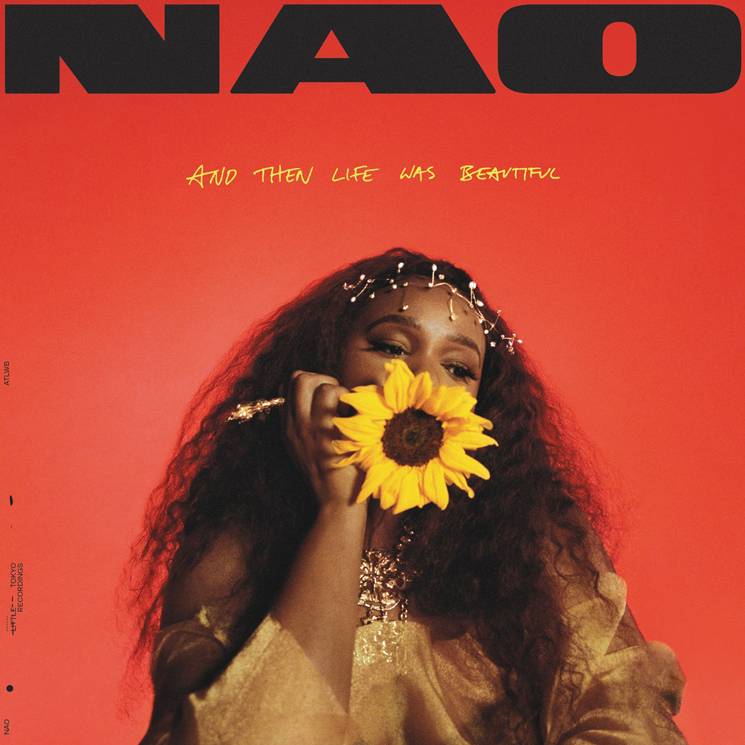 On her third album, the English singer-songwriter sheds her trademark "wonky funk" vocal distortion and drum machines for largely live, organic arrangements. She'll also abstain from touring with her myalgic encephalomyelitis diagnosis — and this prismatic record couldn't have been made by someone who was less devoted to the healing process.

Standout track: "Nothing's for Sure"
Led by the spark of NAO's effortless, lightning-bug vocal acrobatics, this vibe-y mantra makes for the most fun, groove-driven meditation practice you've ever had.
Megan LaPierre

Deb Never
Where Have All the Flowers Gone
(Moonlanding) 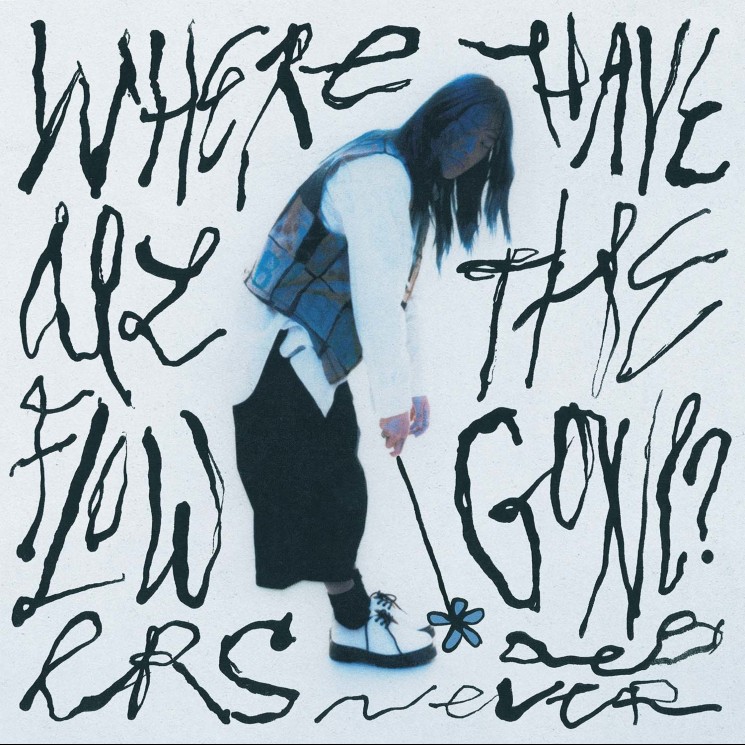 Hailing from Washington, Deb Never's sophomore effort improves upon the unique sound established in her 2019 EP. Raw writing filled with references to casual sex, The Matrix, drugs and escapism make for a deliciously angsty listen. The soundtrack blends hip-hop and pop with hints of grunge to produce the perfect late-night, vibe-filled album.

Standout track: "Stupid"
The album's lead track centres on the mangled remains of a heartbroken lover — although the content is an oft-treaded territory, the song offers catharsis in the form of a crashing crescendo, marking Deb Never as an artist to watch.
Haley Bentham

Anthony OKS
In the Garden
(LHM) 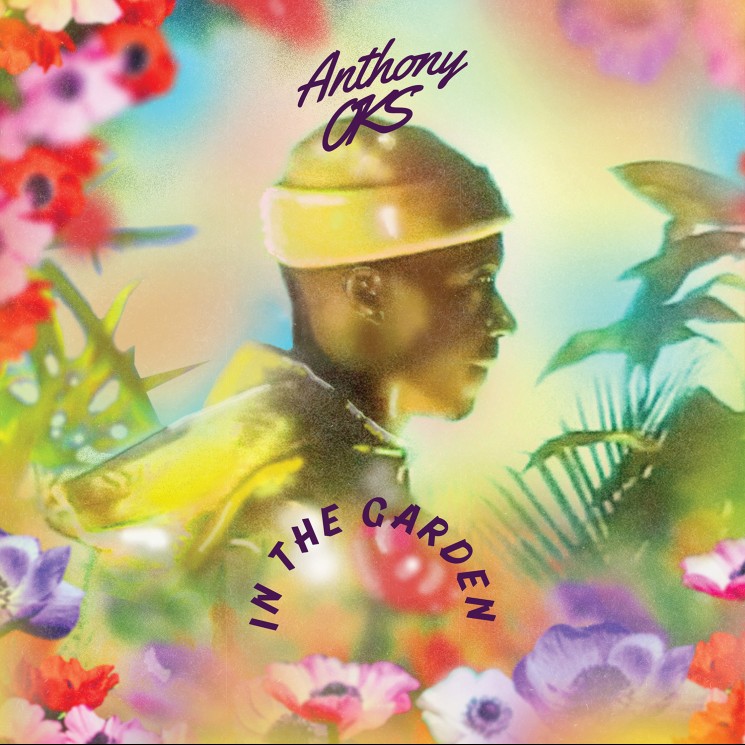 Manitoba hip-hop mainstay (and member of the Lytics) conjures the golden age of hip-hop with its horns and boom-bap beats. Over In the Garden's six tracks, OKS reconciles his family history with his present-day experiences in Winnipeg, including a collaboration with vocal virtuoso Begonia. OKS recently participated in an Exclaim! survey on upheaval in the music industry.

Standout track: "Boy from Freetown"
As he tells his father's story of immigrating from Sierra Leone, OKS showcases his singing chops before switching gears for urgent, rapid-fire verses.
Matt Bobkin 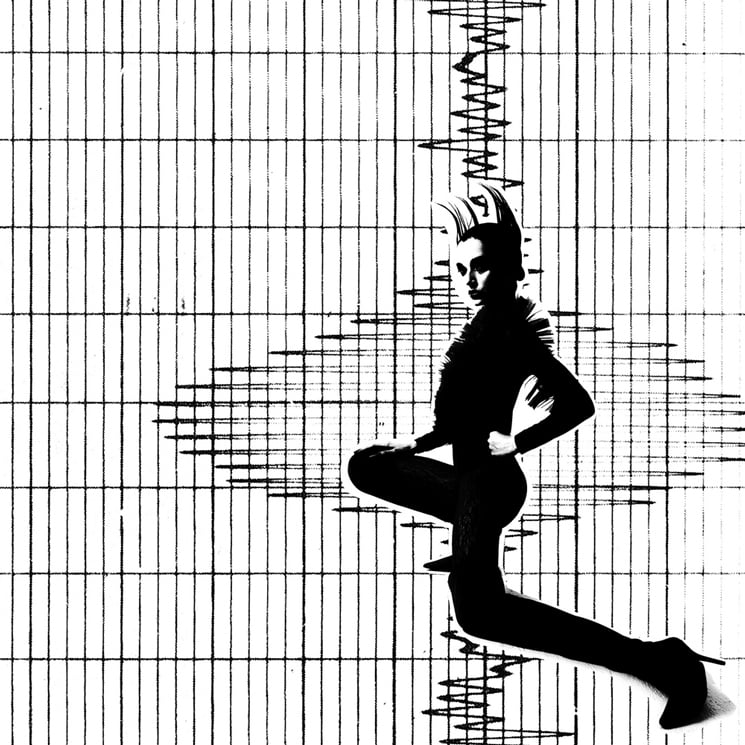 FLUX situates itself in and around the broad category of rock and its derivatives, but what it really does is encapsulate Poppy's desire to evolve through genres. She's identified that her constant need for change — for flux — is, ironically, the very thing that gives her consistency. Read our full review.

Standout track: "On the Level"
It stands out not only as a perfect instrumental — with its deconstructed guitar chords and funk-infused percussion — but also as the only earnest love song to have come from Poppy to date.
Rhys Juergensen 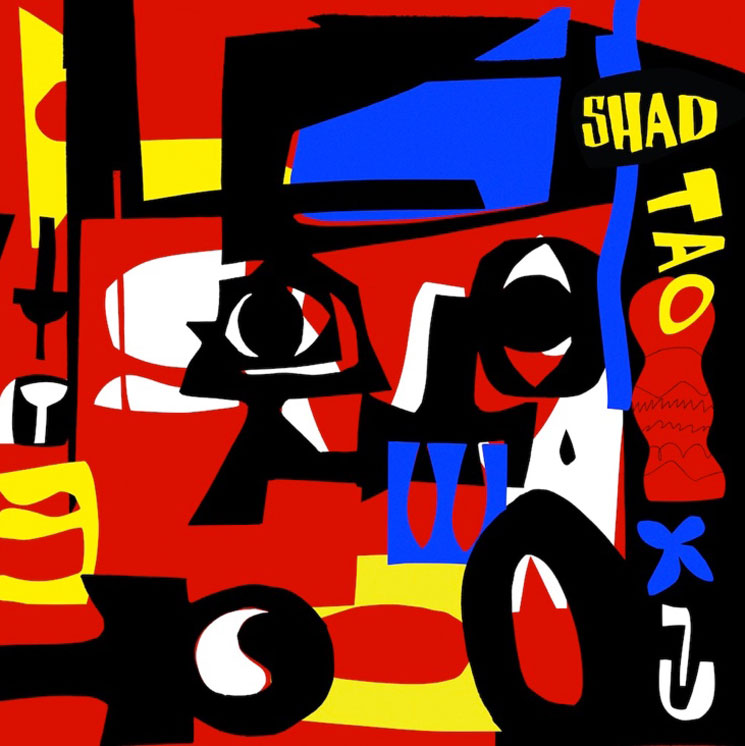 The words "get in touch" occasionally punctuate Shad's cerebral raps on TAO as both an ad-lib and imperative: a shorter, more immediate distillation of his push to remain aware of how this world can increasingly warp shared aspects of humanity, and the desire to "be whole and holding it down." Read our recent interview.

Standout track: "Work"
On one of his most aggressive releases to date, Shad scrutinizes the landscape of labour and its real-world issues in humorous, yet weary, wary fashion.
Calum Slingerland 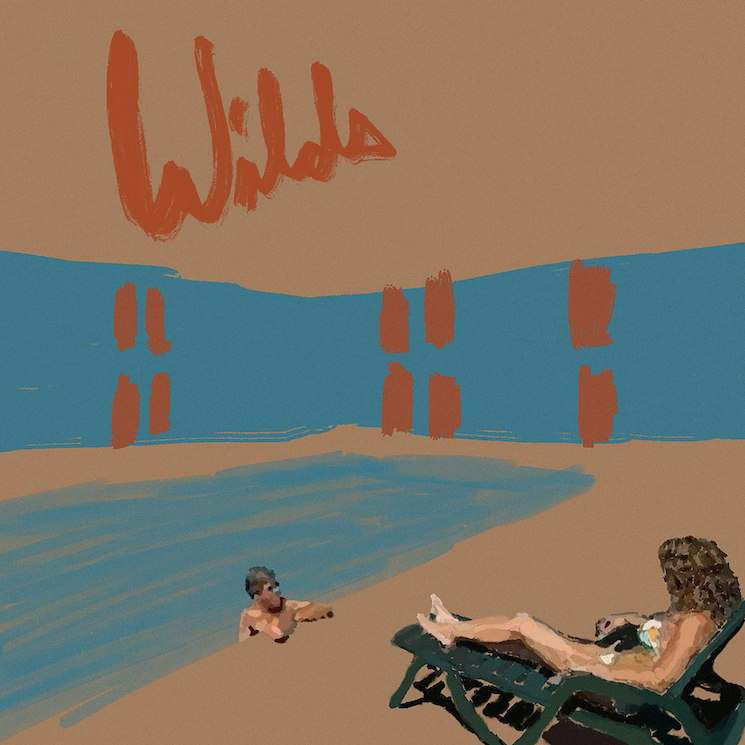 With Wilds, Shauf returns to the world he created with last year's The Neon Skyline, delivering a selection of tracks recorded during that period that didn't make the cut — though this is far from being a B-sides or demos compilation. In fact, it's quite the opposite; instead of feeling like a collection of deleted scenes from a movie, Wilds feels more like a proper spin-off series building on its foundation. Read our full review.

Standout track: "Jaywalker"
Shauf's brilliant songwriting shines brightly here, as he uses the imagery of an unsuspecting jaywalker to explore the emotional and mental weight of being blindsided by life's challenges as an individual who is heedlessly meandering through it.
Wesley McLean 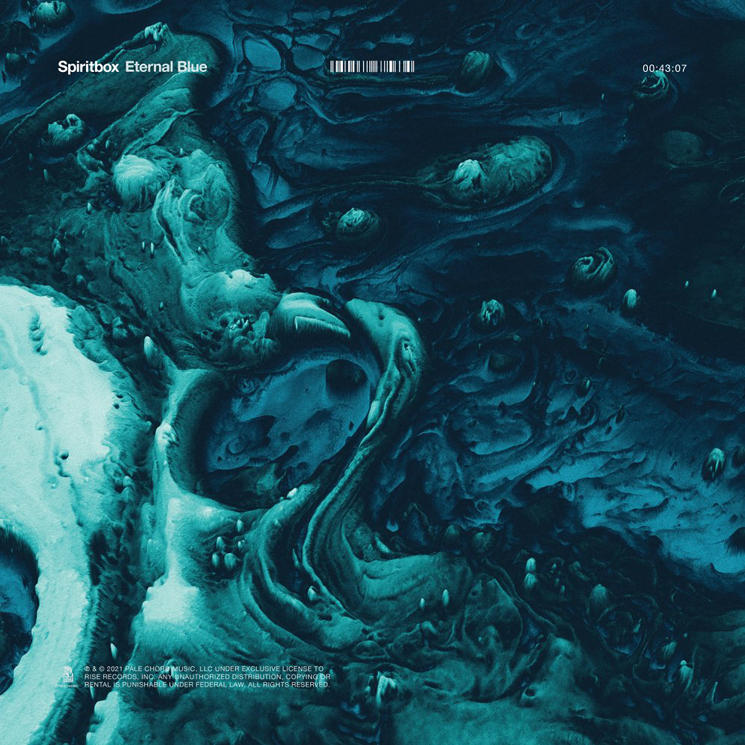 The hype was worth it: Spiritbox's command of dynamics within Eternal Blue's swirl of beautiful and brutal sounds feels poised to make a ripple effect on the future of heavy music. Leading the charge is vocalist Courtney LaPlante, who turns in a masterful performance singing and screaming across this impressive debut. Read our recent interview. 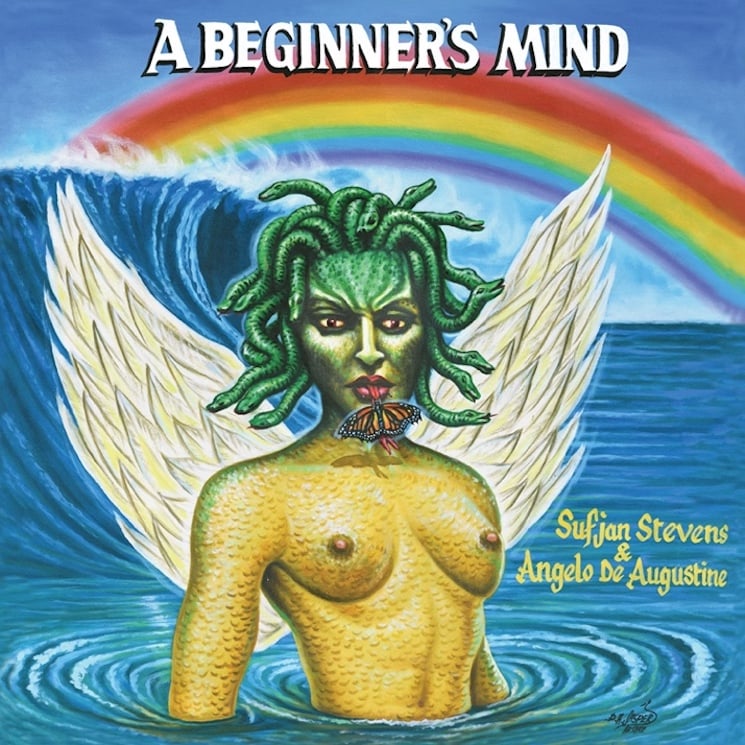 Sufjan Stevens and Angelo De Augustine each make susurrant music that's rich with heart and striking imagery, and their first collaborative LP confirms that they are a musical match made in heaven. A Beginner's Mind will not wow you with grand theatrics, but it will have you on the edge of your seat nevertheless. Read our full review.

Standout track: "Olympus"
The pair's tenderness on this track is exquisite and the final, unexpectedly lovestruck verse will have you loudly sobbing.
Laura Stanley 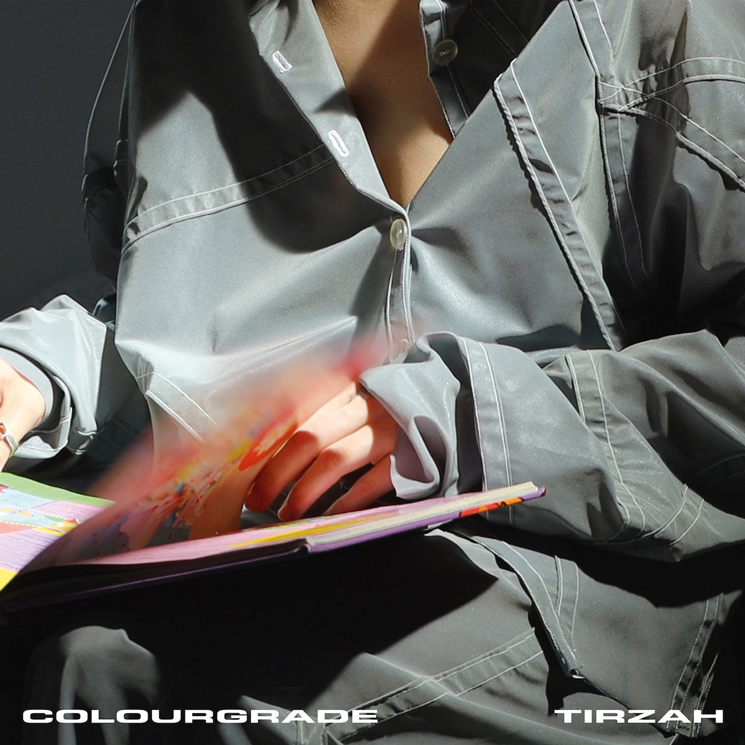 Colourgrade marks a radical departure from the pop scaffolding of Tirzah's 2018's debut, Devotion, instead opting to dismantle that record's simple pleasures for a set of songs that hum and groan and clatter with a thrilling disregard for convention. There are still hooks, still body-pushing rhythms, but they're beamed in from another, stranger dimension — it feels like the future. Read our full review.

Standout track: "Send Me"
It's the record's most straightforward song, and also its most hypnotic — that is, until a blast of distorted guitar barges in at the very end. Tirzah rarely lets you get too comfortable.
Kaelen Bell 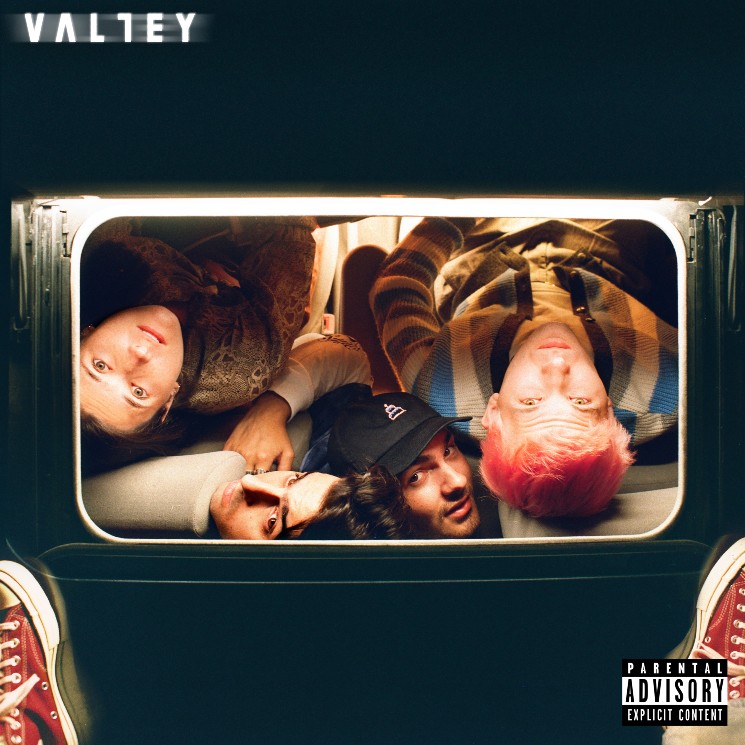 The Toronto quartet romanticize their birth era on the follow-up to 2020's sucks to see you doing better, with single "Like 1999" going viral on TikTok even before completion. Reference-laden turns of phrase and glassy production make Rob Laska and Karah James trading vocals about any millennial plight sound irresistible.

Standout track: "Can We Make It? (Jim Carrey)"
Combining their best impression of the 1975 with a gospel-inspired chorus on top of their signature driving synthetics flexes another potential sonic direction of interest.
Megan LaPierre Yebba has an extraordinary gift. This much has been evident since the moment a video of her performing her haunting original "My Mind" live in New York in 2016 went viral. Named after her late mother, who died by suicide shortly after said breakthrough performance, Dawn is a brave and incredibly vulnerable tale of loss, grief and healing.

Standout track: "Far Away" (feat. A$AP Rocky)
Questlove's hearty drums provide the perfect backdrop as Yebba dukes it out with her demons on this gritty, soulful lament. A$AP Rocky provides an assist.
A. Harmony

Listen to all of these standout tracks with our Spotify playlist.