The acclaimed sextet performs in the city this October

By Exclaim! Staff
Published Sep 30, 2019
Considered one of the world's greatest guitarists, Paco de Lucía is lauded as one of Spain's major musical exports for his influence on flamenco music as both an artist and a composer. Now, those in Toronto can experience the legacy and music of the late flamenco titan for one night only this October.

All group members, save Sánchez, previously comprised Paco de Lucía's band for the final decade of his career. The group's performance alongside the virtuoso guitarist was captured with 2010 live album En Vivo Conciertos Live in Spain 2010. 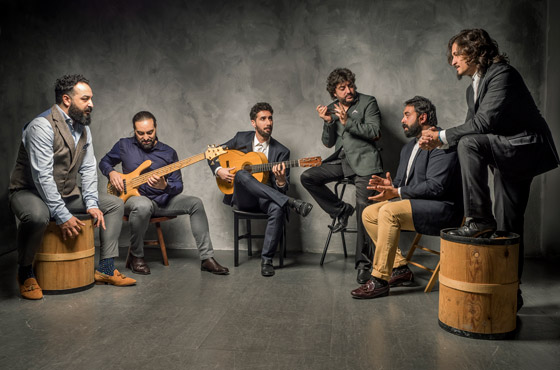 Born in Algeciras, Spain in 1947, Paco de Lucía was the youngest of five children of flamenco guitarist Antonio Sánchez Pecino. At age 5, de Lucía was pushed to practice guitar 12 hours a day, every day, recalling in a 2012 interview, "I learned the guitar like a child learns to speak."

De Lucía is recognized as one of the first artists to break away from traditional flamenco style to form stylistic offshoot nuevo flamenco. Urged by fellow guitarist Sabicas to pursue a play style that was distinctly his own, De Lucía's compositions grew to draw sonic and structural influence from jazz and Brazilian music.

Closer to home, de Lucía collaborated with Bryan Adams on the Canadian's 1995 single "Have You Ever Really Loved a Woman?," recorded that year for the Jeremy Leven-helmed rom-com Don Juan DeMarco.

De Lucía died of a heart attack in February, 2014, at age 66. That same year saw him posthumously win the Latin Grammy Award for Album of the Year for posthumous album Canción Andaluza. Following his passing, the city of Algeciras officially declared two days of mourning.

Tickets for the Paco de Lucía Project's Toronto performance are now available through Ticketmaster both online or by calling 1-855-985-ARTS (2787), and in-person at select TO Live box offices. Further ticketing details can be found here.

TO Live's Jazz at the George will also bring New Orleans vocalist Quiana Lynell and Japanese genre fusionist Hiromi to the venue in 2020. Learn more about the concert series here.