By Cam Lindsay
Published Mar 22, 2017
The Jesus and Mary Chain finally return this week with Damage and Joy (on ADA/Warner), their first new album in 19 years. Although Jim and William Reid reconciled and reformed the band in 2007, it took them ten years to put an album together, despite the fact that they were promising one upon their return.

"The plan was to do an album then," Jim Reid tells Exclaim! "William was keener than I was. I wanted to do an album, but I was very nervous about getting back into the studio because that can get very stressful, especially considering the album we had done before was [1998's] Munki. So that was still pretty fresh in my mind at that time. It was just something I wasn't looking forward to, so I kept putting it off. And then people just kept asking about this album they'd heard about, and I thought, 'Christ, it's been years. Let's do it.'"

The fact that it's been almost two decades since the last Mary Chain album was released isn't lost on Reid. "The weird thing is that it doesn't feel like it's been such a long time to me," he says. "But it is. It's been 19 bloody years! There are people that come and see us now who weren't born when Munki came out. It's a strange thing."

Of course, taking so long to make an album means there was a lot of material accumulated over that time in the studio. Reid says the wait for another Mary Chain album won't be as long, if that's what the fans want.

"We could do another album next week if we wanted to," he explains. "The plan is to put this record out and if it does reasonably well, and it seems like people want more, we will do another one quite quickly. The reason for that really is that we were so worried what it would be like in the studio making Damage and Joy, that the fact that it went painlessly as it did made us feel good about it. We were worried about nothing and perhaps we can do more."

Damage and Joy offers up 14 tracks, some of which fans of the Reids' post-JAMC projects might have some familiarity with. About half of the songs have been previously released, either as solo work by Jim Reid ("Amputation," "Song For A Secret"), his former band Freeheat ("The Two of Us," "Get on Home," "Facing Up to the Facts") or early Mary Chain versions ("All Things Pass," "Black and Blues"). But Reid says it was important for these songs to be included and presented as the Jesus & Mary Chain.

"I felt they were Mary Chain songs, and that they were tragically overlooked when they got released," he says. "I didn't want them to just fall between the cracks. I wanted those to be Mary Chain songs and part of the band's catalogue. And I wanted to play them with the Jesus & Mary Chain and have them come out on an album by the Jesus & Mary Chain. I mean, it's a double album. It's packed full of songs, and people can consider these bonus albums if they want to. But these are better recordings than the other ones."

One of those songs, "Facing Up to the Facts," speaks volumes about where the Reids are at this stage in their lives. Featuring the lyric, "I hate my brother and he hates me," Jim Reid says the well-publicized animosity between him and William has become synonymous with the band's music.

"It's just about what makes the band tick," he admits. "From time to time there is literal hatred between us, there's no denying it. But having said that, it's mostly love between the Reid brothers, regardless of what you read about us. There are times when we go for each other, and everybody hears about them. And there are loads of other times that aren't like that at all. But the kind of fireworks that happen, the sparks are what keeps us going. I suppose that's what the line is about. It's 2017 and why are we still here making albums and touring? Well, it's because of that. We slam each other up against the door of the studio, we scream at each other and chuck things at each other. It's not pleasant, but in some ways it's fuel that drives the band along."

As for that distinctive album cover, which features the title spelled out in Alpha-getti, Jim says he took the photo, but not with the cover in mind. 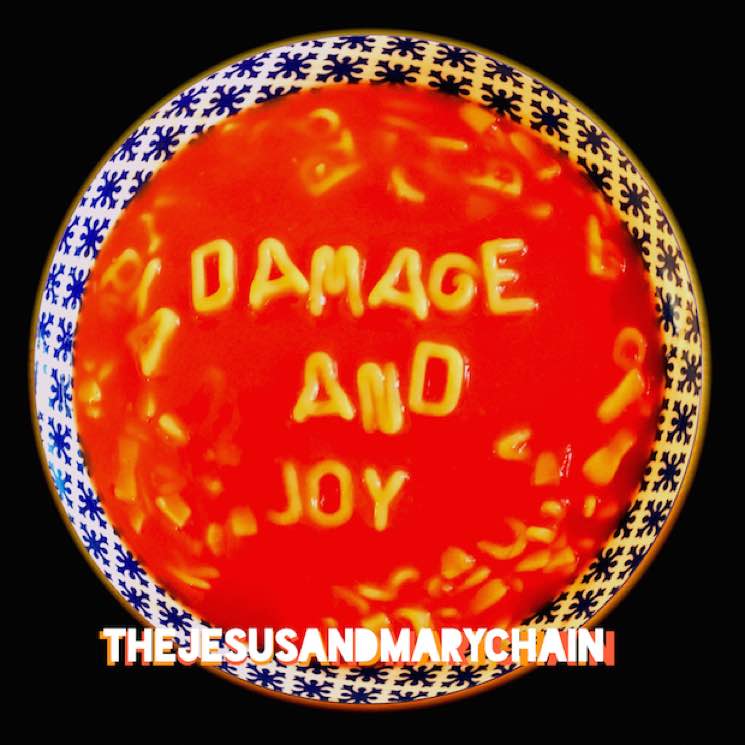 "It's a bowl of Alphabetti spaghetti," he says with a laugh, upon learning the pasta has different names in different regions. "People think I used some sort of letter generator, but I did it the old-fashioned way. It's real. I don't eat that stuff. I just had the idea and went and bought a can. To be honest I wasn't doing it specifically for a Mary Chain cover. I did it because I thought it'd look amusing. We were kind of stuck for a cover and I just happened to show people the photo I had taken and they thought it was cool. So that's how it got used."