By Brock Thiessen
Published Apr 15, 2019
The Cinematic Orchestra recently returned with their first album in 12 years, To Believe. Now, the veteran U.K. duo have announced their first North American tour in over a decade.

The trek kicks off this fall in late October. In addition to various U.S. dates, the Cinematic Orchestra will play Canadian shows in Quebec City, Montreal, Toronto and Vancouver.

You can see the complete North American tour below. You'll also find the group's international schedule over here.

To go along with the tour announcement, the Cinematic Orchestra have released a live video for To Believe track "Lessons." You'll also find that below. 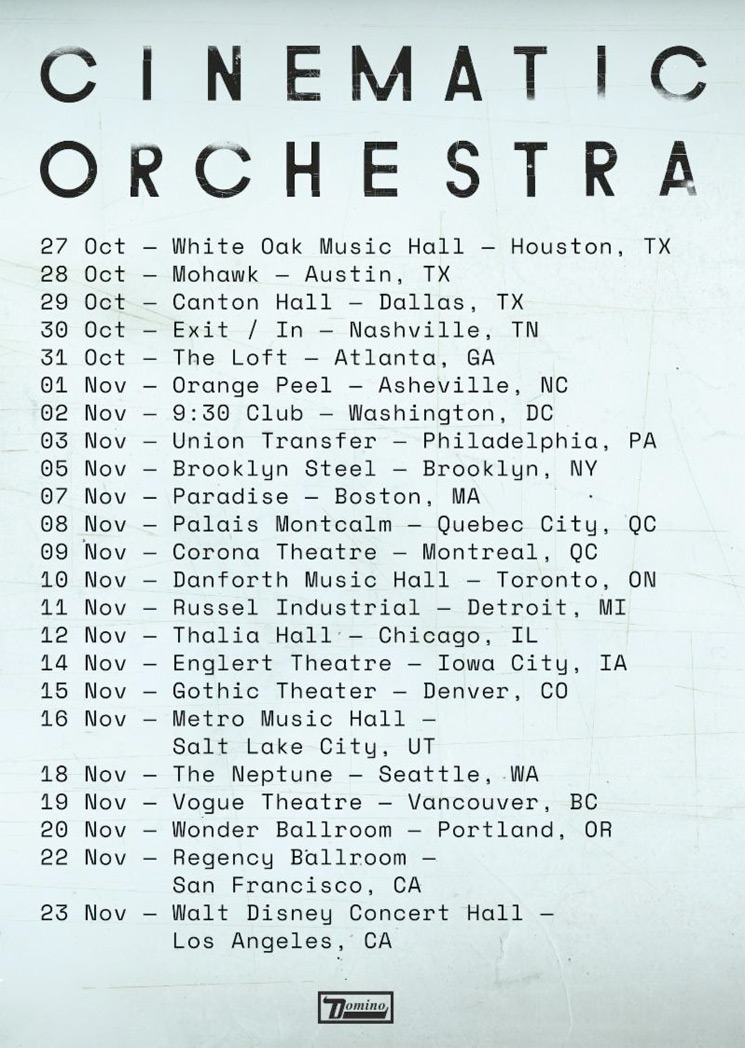