The Best and Worst Releases of Record Store Day 2019

By Calum Slingerland and Alex Hudson
Published Apr 10, 2019
Record Store Day's 12th annual event is set to take place this weekend, and record collectors the world over have begun paring down their wish lists for the annual hunt. Of course, with the celebration of brick and mortar record shops comes a massive list of exclusive releases, packed with LPs, EPs, 7-inches, picture discs, shape discs and more.

As in years past, we're here to help with your RSD shopping list, picking out what you'll love and what you might want to leave when digging through the crates this Saturday (April 13). Below, find Exclaim!'s guide to The Best and Worst Releases of Record Store Day 2019. 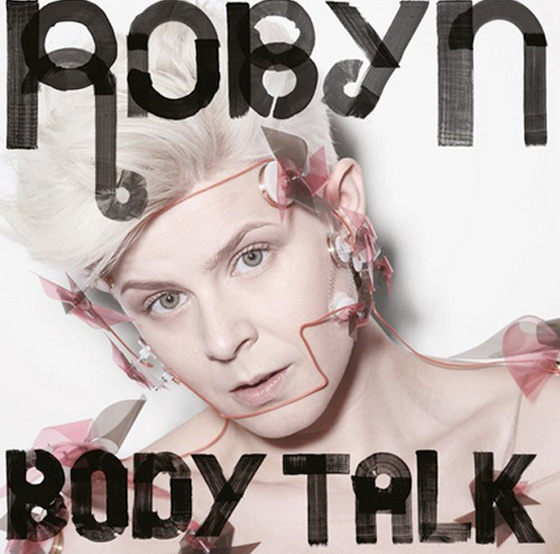 Those who didn't get their hands on the first press of Robyn's Body Talk have undoubtedly wrestled with the idea of paying exorbitant three-figure sums for the complete album on vinyl in recent years. Nearly a decade later, the effort is arriving as its own 2xLP set once more. We're crossing our fingers that we can score one of the 2500 copies.
(Calum Slingerland) 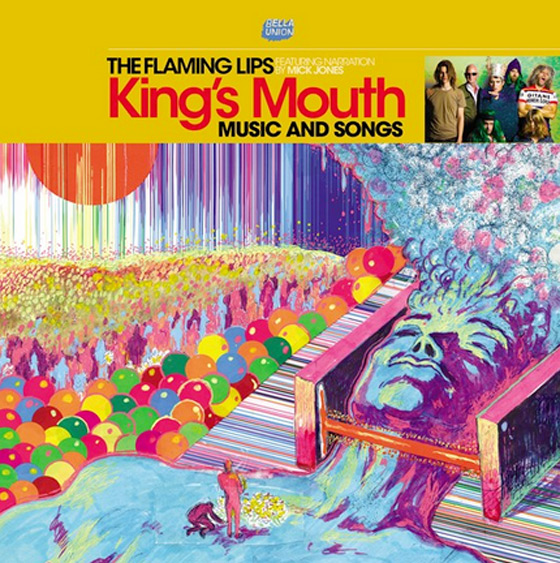 The Flaming Lips have a long tradition of lavish Record Store Day releases, but they're one-upping themselves here by releasing a full-blown new studio album. On a day that's usually reserved for reissues and curios — and sometimes gets a bad rep for gimmicky cash-grabs — the Flaming Lips have really gone all out with this one.
(Alex Hudson) 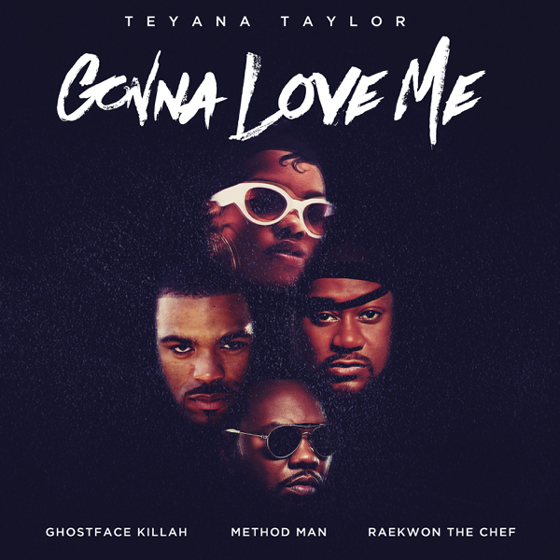 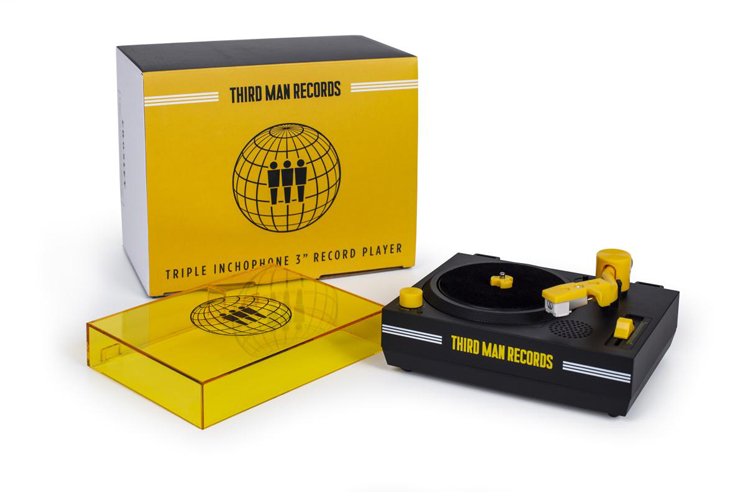 Sure it's gimmicky, but this collection of 3-inch singles (including mini-vinyl from Jack White's various projects) is downright charming. It even comes with a mini record player with which to play them. It looks cute as hell.
(Alex Hudson) 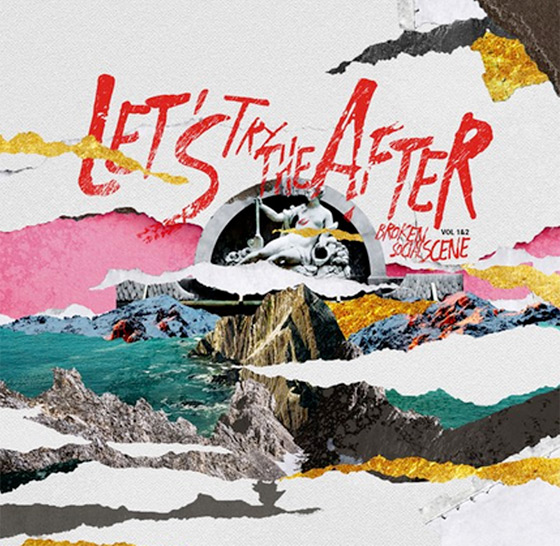 Broken Social Scene released a couple of EPs in the early months of 2019, and now they're packaging them together on a single LP. So, in other words, this is pretty much a brand new album from one of Canada's most beloved indie rock bands.
(Alex Hudson) 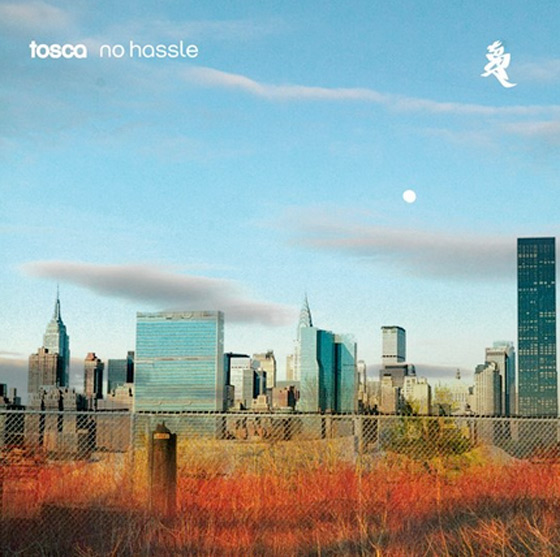 Only eight songs from Tosca's No Hassle were given the vinyl treatment upon the album's 2009 release, pressed to a single 12-inch. Now, the full effort from Richard Dorfmeister and Rupert Huber will arrive as a 2xLP set on blue wax. This choice bit of downtempo occupies similar sonic territory to their acclaimed full-length Suzuki.
(Calum Slingerland) 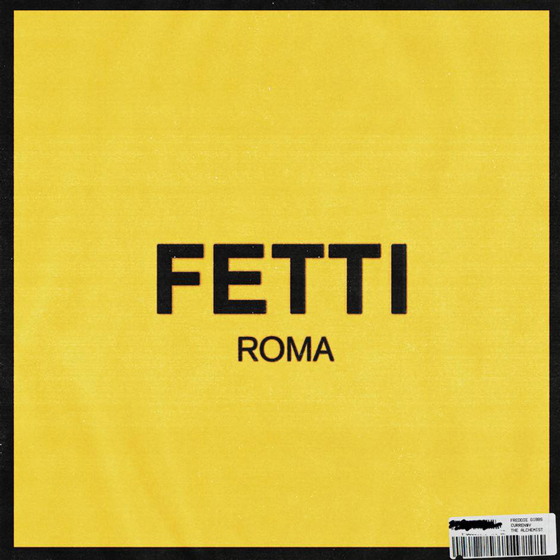 Fans of Curren$y and Freddie Gibbs waited over a year for this collaborative tape to materialize, but the wait for Fetti to arrive on wax has thankfully been much shorter. The chemistry between the pair of MCs over Alchemist's hazy production will catch your ear, while the yellow vinyl will undoubtedly catch your eye.
(Calum Slingerland) 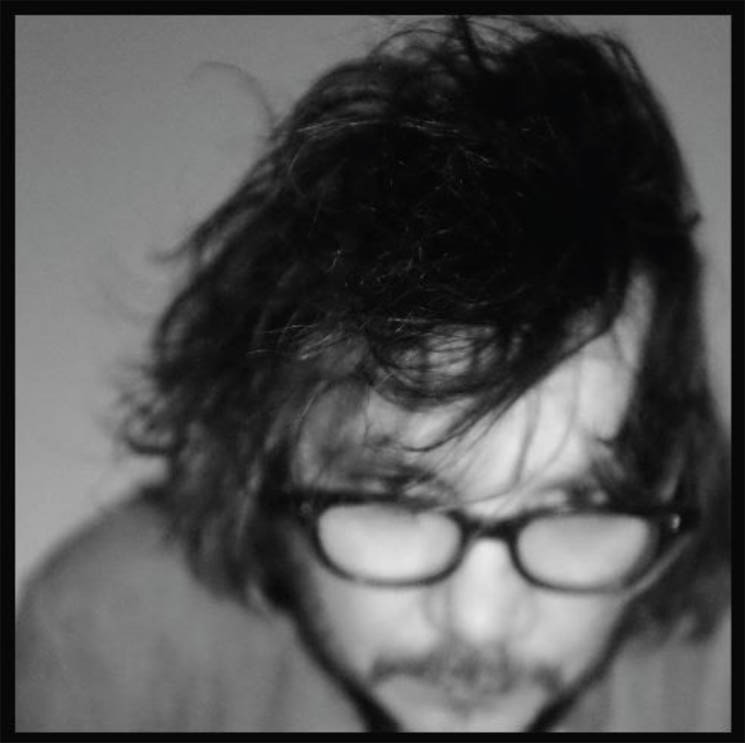 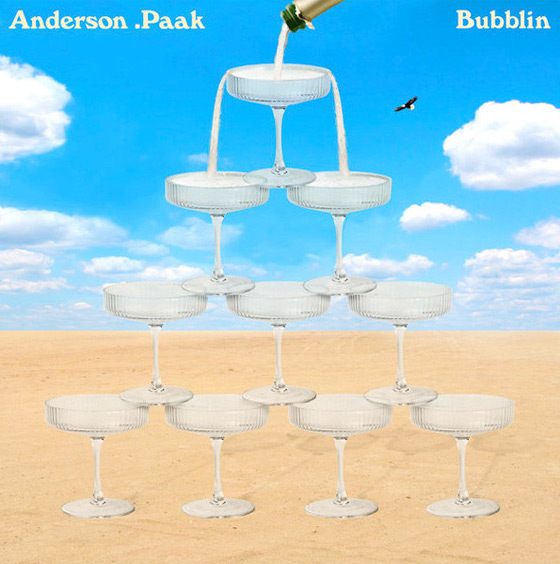 It was something of a shock to not find "Bubblin'" on the tracklist of Anderson. Paak's Oxnard album last year, and even more so now, given that it won him a Grammy for Best Rap Performance this past February. Its standalone single status will be immortalized in the form of 3000 cream-coloured 7-inches, which feature a remix with Busta Rhymes on the flip.
(Calum Slingerland) Joel Plaskett's old band never released their 1999 album Clayton Park on vinyl — but that's finally changing with this 20th anniversary pressing. It's a relief to finally see this underground Canadian classic get some recognition.
(Alex Hudson)


The Weather Station / Jennifer Castle
Polaris Cover Sessions
We're adding this 7-inch as a bonus, because it's being released as a "door crasher giveaway" at 51 stores across Canada. It contains two collaborative tracks from Canadian folk faves the Weather Station and Jennifer Castle, and each store will be free to decide the exact specifics of how it will be available. If you head down to pick up one of the releases listed above, you might be able to get your hands on this one, too.
(Alex Hudson) 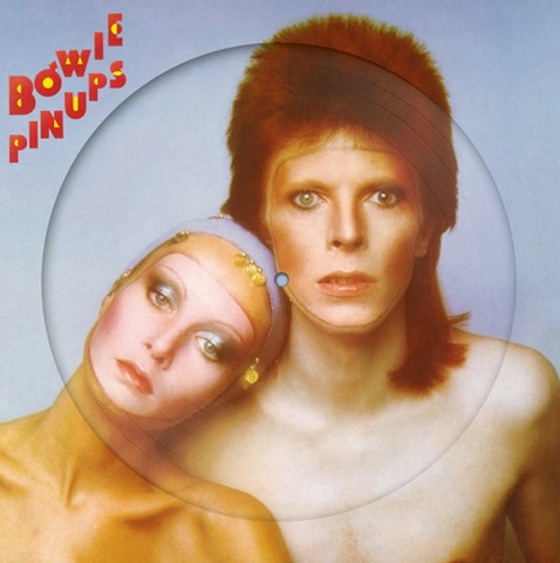 Even before David Bowie's passing in 2016, buying his records used all too often involved flipping through any combination of Pin Ups, Tonight and Never Let Me Down in hopes of coming across a more beloved catalogue entry. That first title's common appearance should say enough; good cover albums indeed exist, but Pin Ups not a particularly rewarding one. The hairstyle Bowie sports on the album's cover is arguably more ingrained in our cultural consciousness than any of the reinterpretations put to tape here. How many years before these get piled into bins alongside the earlier issues?
(Calum Slingerland) 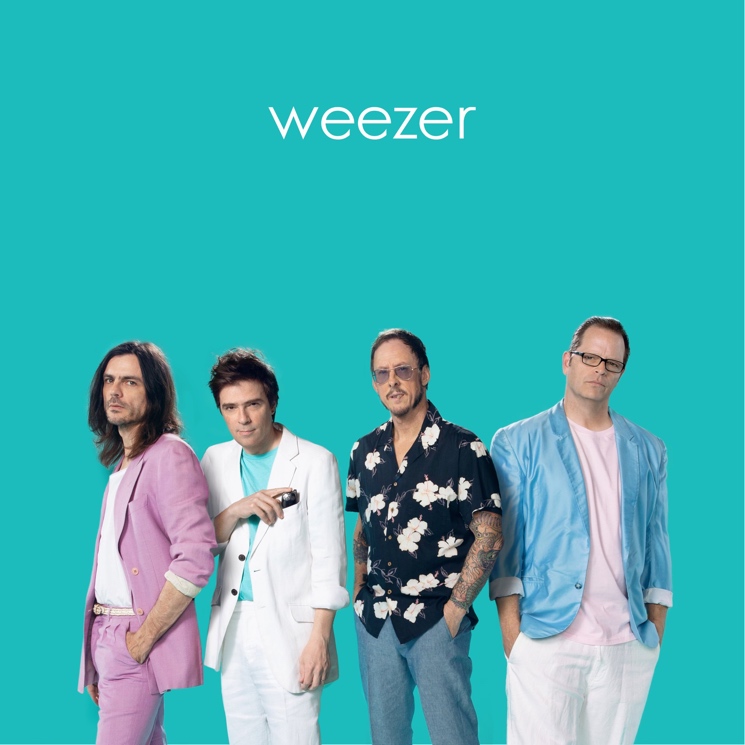 The Teal Album was Weezer's uninspired cash-in after their meme-worthy cover of Toto's "Africa." As a surprise digital stunt, it was mildly irritating; as an actual vinyl record, it feels like a joke gone way, way too far.
(Alex Hudson) 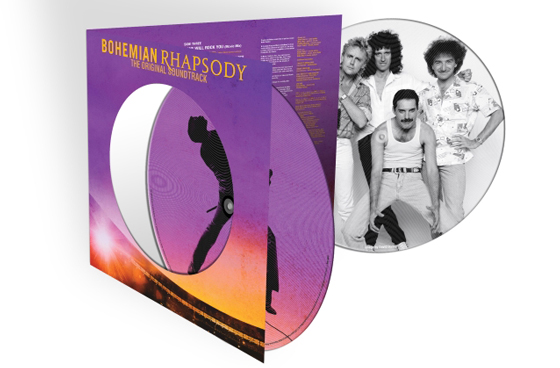 If we're going to be subject to an onslaught of hackneyed classic rock biopics for the remainder of our days on this planet, we'd be wise to anticipate the inevitable flood of accompanying vinyl releases like this Bohemian Rhapsody picture disc soundtrack. Nothing says "rock'n'roll" like opening your listen with a corporate theme song; plus, anyone who wanted this for the elusive Live Aid performance audio probably bought the first issue on black vinyl upon its release two months ago.

Also up for grabs is a film-branded 7-inch that pairs the titular song with "I'm In Love With My Car" on coloured wax. The involvement of Bob Ludwig and use of lacquers cut at Abbey Road Studios are nothing to sneeze at, but why not put that money towards a copy of A Night at the Opera for a look at Queen's creative genius that goes well beyond the hits?
(Calum Slingerland) Woodstock's 50th anniversary is a huge milestone, but that doesn't mean we need to hear the mono mix that came out of the loudspeakers back in 1969. The product description even uses the phrase "glorious mono" — are they trolling us?
(Alex Hudson) 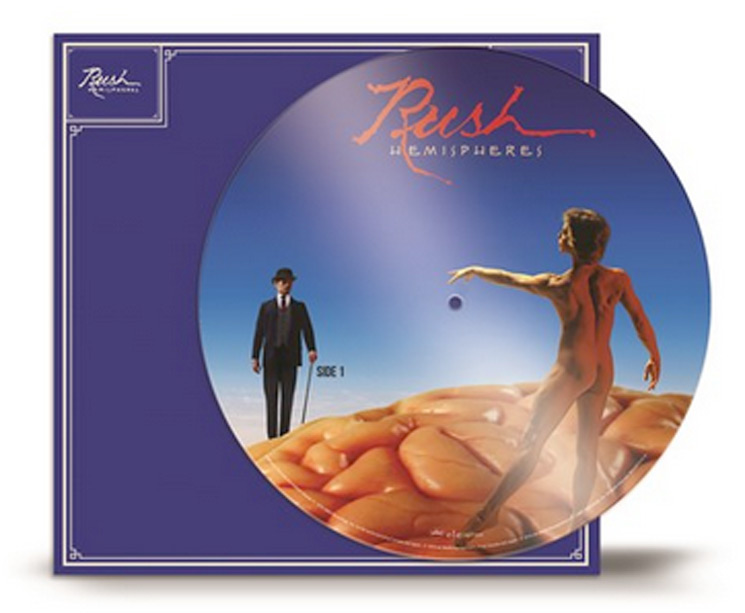 This picture disc reissue of Rush's sixth studio album arrives less than a calendar year after the effort was treated to an expanded 40th anniversary reissue. It also arrives less than four years removed from a remastered, 200-gram vinyl edition that would theoretically blow this one away in any serious sound test. What makes this even worse is that it doesn't appear to differ from this 1978 collectible that record stores across the continent are still charging you way too much for.
(Calum Slingerland)


Doctor Who
Galaxy 4 / Destiny of the Daleks
Demon Records No amount of cool-looking splatter-coloured wax will change the fact that we don't need or want a "narrated TV soundtrack" on vinyl. From what we can tell from product descriptions, this is essentially a radio play, with narration and sound effects. And in a world of YouTube and Netflix and podcasts, we just can't imagine who is actually going to sit down and listen to this thing.
(Alex Hudson)