Jensen McRae
Who Hurt You?
(Human Re Sources) 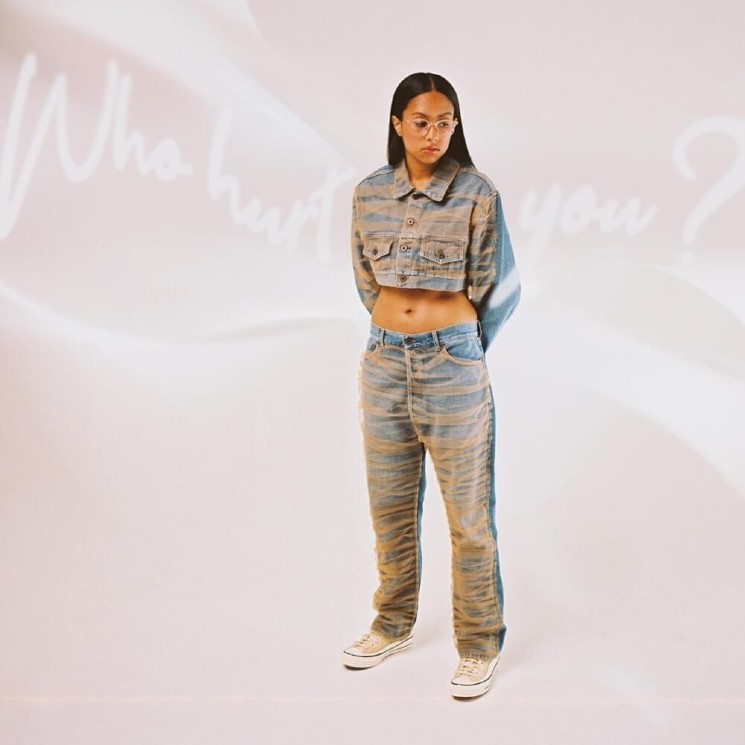 In January, 23-year-old L.A. folk singer-songwriter Jensen McRae went viral for a joke about Phoebe Bridgers' future ode to hooking up at the drive-thru vaccination clinic. Then, she penned it herself — the dark humour of "Immune" brings levity to her debut, which tackles topics like predatory men and racist microaggressions.

Standout Track: "Dead Girl Walking"
With insistent, main-character pacing, McRae captures existential dread and shows off her buttery range, toggling between deadpan and impassioned; "You should see the other guy."
Megan LaPierre 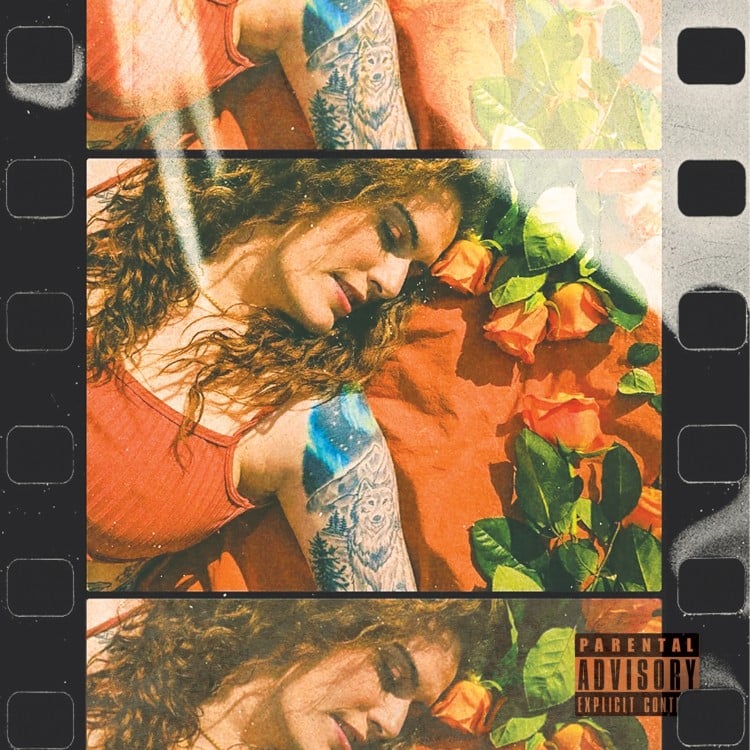 While the pandemic halted support plans behind her 2020 album Mythologies, Lex Leosis did not let the unexpected downtime go to waste. As the big wheel turned, the Toronto artist further sculpted and shaped her sound to create Terracotta, an invigorating six tracks that pot up personal and professional growth.

Standout track: "Won't Wait"
Shuffling drums and an irresistible 808 bounce dovetail to soundtrack Lex's smoothly delivered ultimatum to a lover she feels is stringing her along.
Calum Slingerland 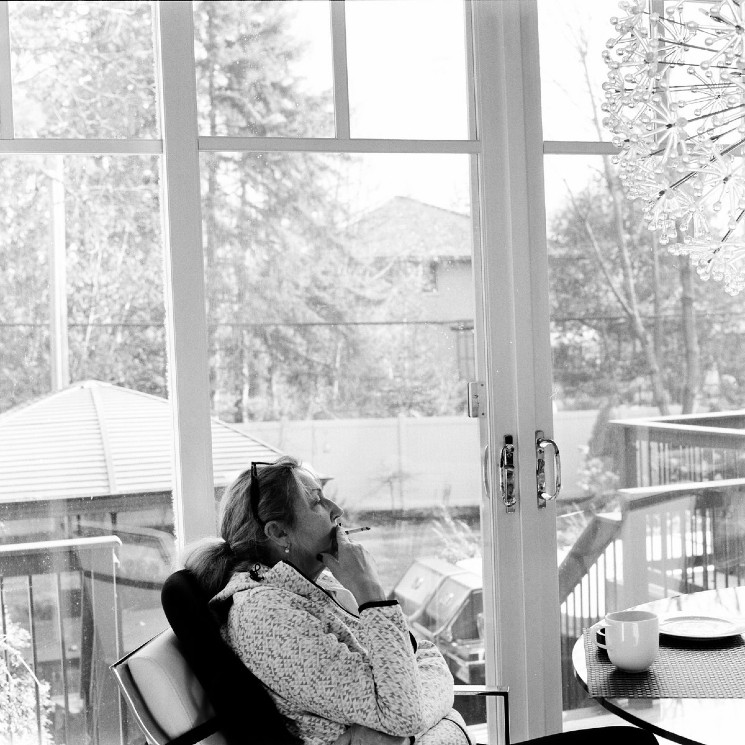 When not lending his songwriting or production skill to the art of Rosalía, Jessie Ware, Shawn Mendes and more, ex-BADBADNOTGOOD keyboardist Matthew Tavares has been quietly piecing together an adventurous catalogue of solo outings and collaborative recordings, the most recent of which is the gentle, genre-melding Danica.

Standout Track: "Videogames"
Swelling synths and keys give way to Tavares' plaintive lyrics and psychedelic strumming, before a string arrangement toes the line between sprightly and subtle.
Calum Slingerland 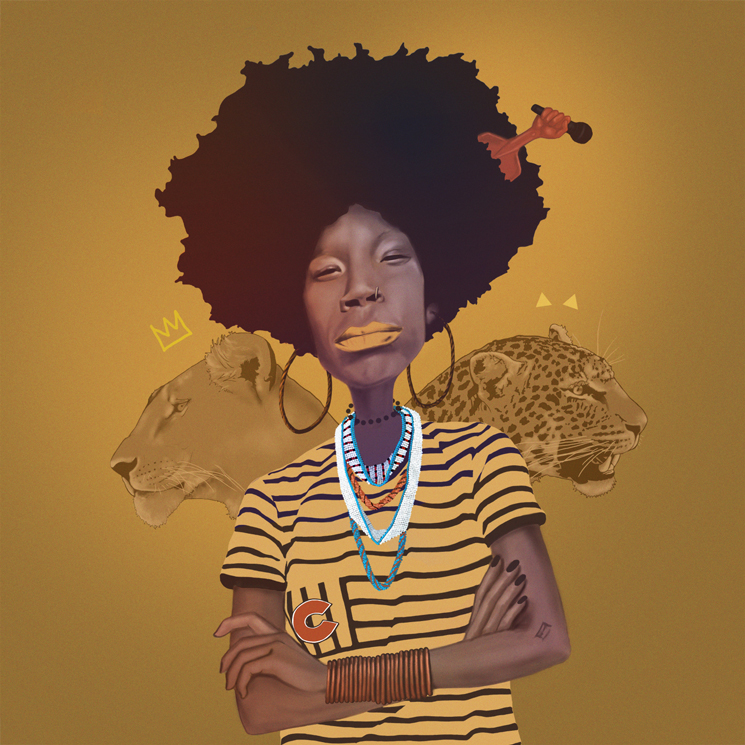 The third instalment of the prolific American's VWETO release series prioritizes movement. Funk, soul, hip-hop and jazz are only some of what is looped and blended across a 17-song set that's never in stasis. As Muldrow says, "It intends for you to be your own superhero and wants to be your theme for power."

Standout track: "Shana's Back!"
Ponderous piano segues to a kicking rhythm session that buoys vocalist Shana Jensen, while a harmonic switch-up in the home stretch is a nice treatment for its strong melody.
Calum Slingerland 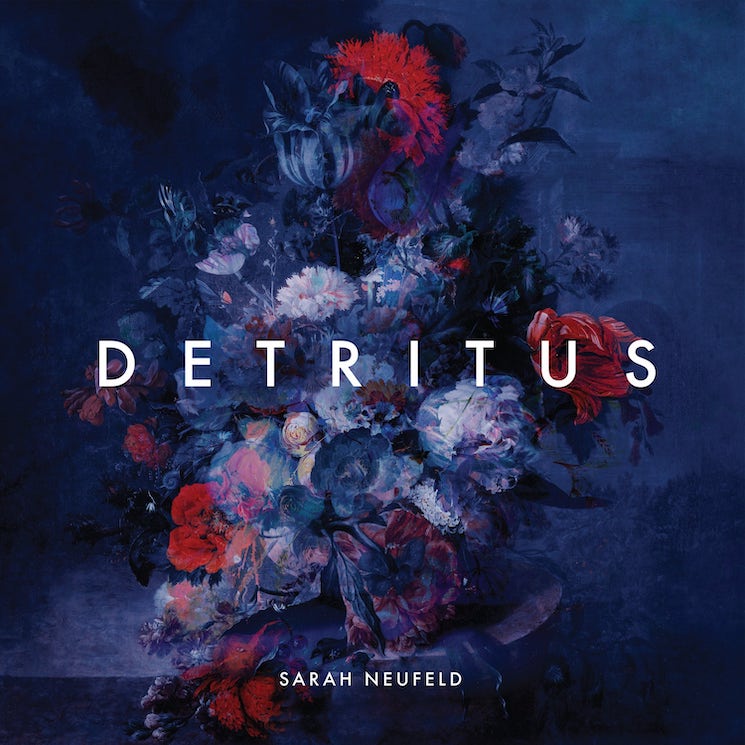 Birthed from a collaboration with dancer/choreographer Peggy Baker, the abstract-forward Detritus finds the Arcade Fire and Bell Orchestre mainstay teaming up with bandmates Jeremy Gara and Pietro Amato for an energetic and rugged exploration of instrumental dreamscapes. Read Exclaim!'s full review here.

Standout track: "Tumble Down the Undecided"
Offering up a hefty nine-minute runtime on this back-half track, Neufeld offers a gorgeous, pensive climb up a gradually peaking soundscape, revealing pockets of beauty, discovery  and terror along the ascent.
Allie Gregory 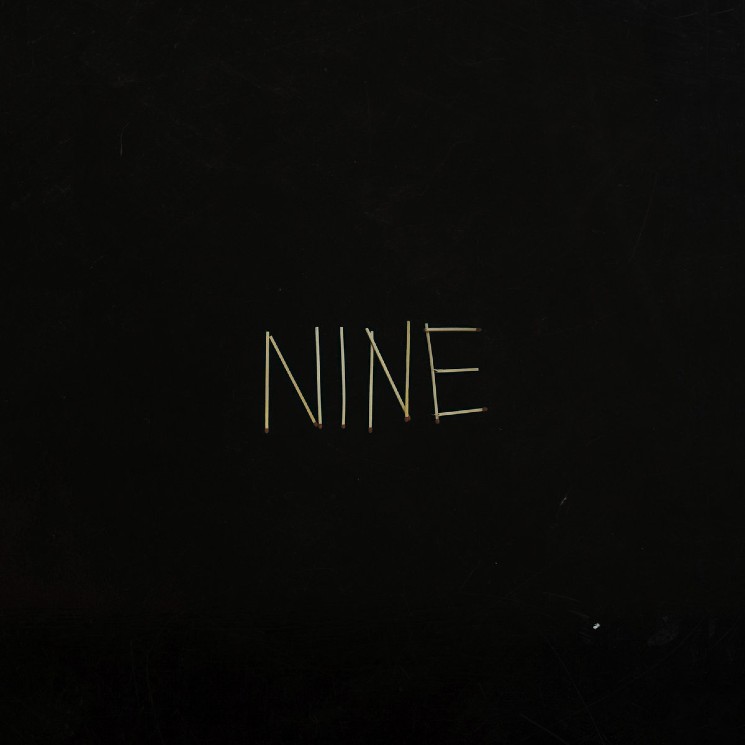 The follow-up to shadowy London, U.K.-based collective SAULT's two 2020 albums Untitled (Black Is) and Untitled (Rise) is available online for only 99 days. Singer-songwriter Michael Kiwanuka and producer Inflo (the Kooks, Little Simz) are among the few confirmed members of the genre-melding group, and every SAULT release is another mystery to uncover. Read Exclaim!'s full review here. 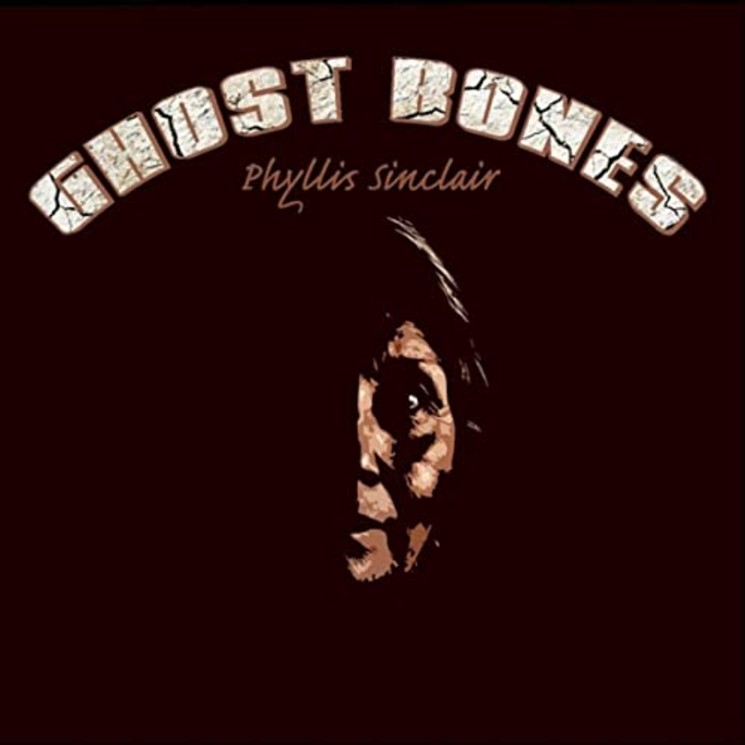 Surrounded by soft instrumentation, veteran songwriter Phyllis Sinclair weaves the urgency of pressing issues such as Murdered and Missing Indigenous Women and Girls and the climate crisis into cosmic spirituals that stretch far beyond the earthly plane she sings about. Her clear, powerful vocals transform a simple folk-rock palette into something powerful and transformative.

Standout track: "O Land"
As wildfires rage across the West Coast and age-old weather patterns hurtle wildly out of control, Sinclair's grounding tribute to Earth's beauty is as timely as ever.
Matt Bobkin

Jorja Smith
Be Right Back
(FAMM) 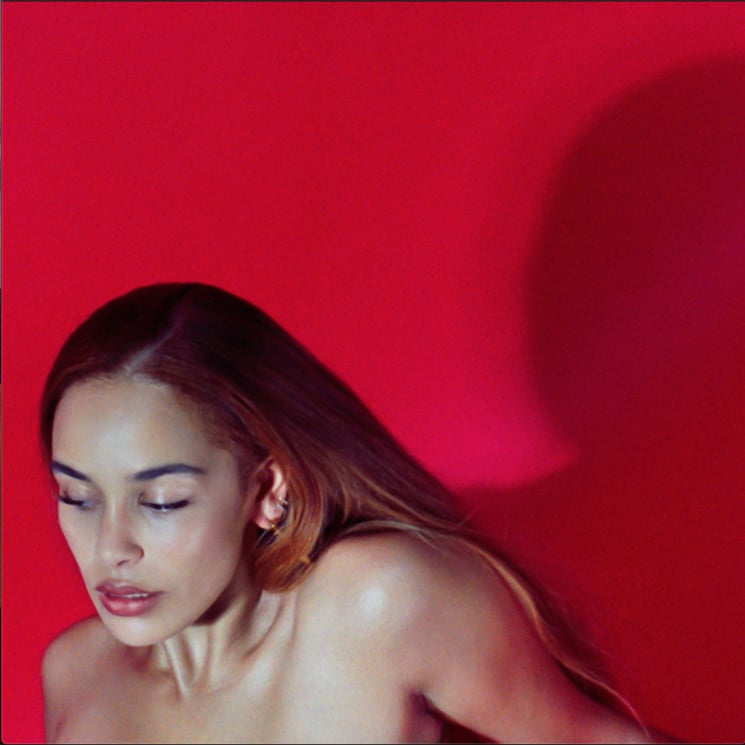 English singer-songwriter Jorja Smith returns with a placeholder between her 2018 debut Lost & Found and forthcoming new LP, anticipated for later this year. These tracks encompass her pocket of polished, jazz-inflected mid-tempo jams and more experimental forays; if they're just the table scraps, we're in for quite a treat.

Standout track: "Addicted"
The penultimate line from Lauryn Hill's "Ex-Factor"— "Tell me who I have to be / to get some reciprocity" — becomes its own brooding, sensual beast.
Megan LaPierre 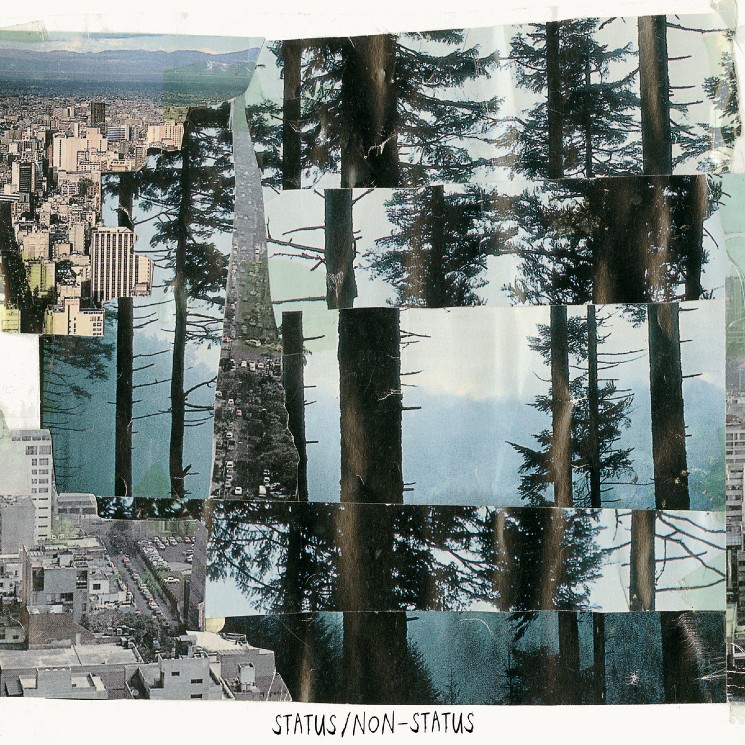 In 2018, Ontario-based heavy rockers WHOOP-Szo toured Mexico and, while they were there, recorded a few songs in Guadalajara with the assistance of unearthed pre-colonial whistles. Now, the recordings are out as the inaugural EP of the band's new iteration, Status/Non-Status, and the whirlwind of psych, sludge, fuzz and anticolonial rage hits just as hard. Read Exclaim!'s interview with Status/Non-Status here.

Standout track: "Genocidio"
Whinnying whistles and clattering percussion round out the band's typical metallic fury, as Adam Sturgeon's yell-sung vocals slowly turn up the heat on an explosive volcano of a tune.
Matt Bobkin

Tyler, the Creator
CALL ME IF YOU GET LOST
(Columbia) 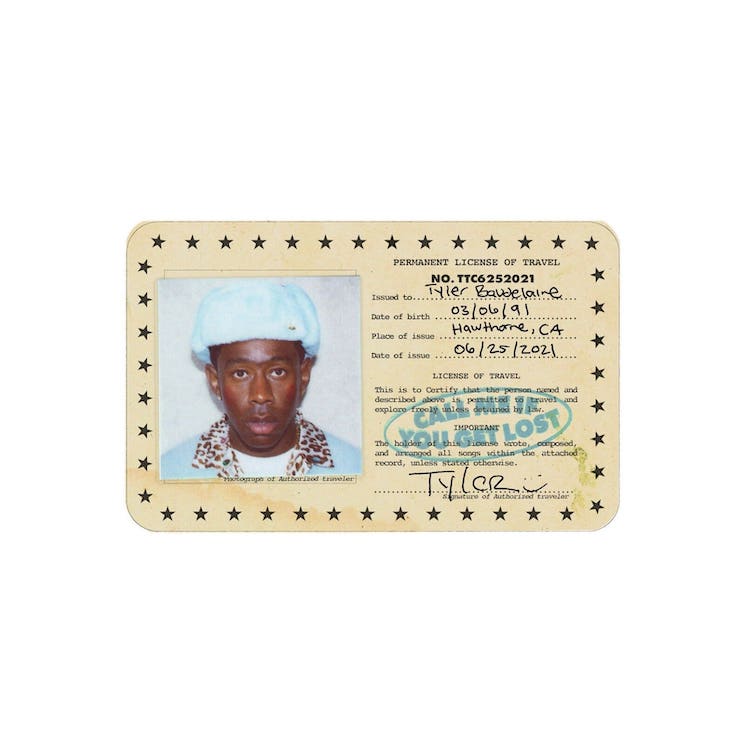 The dream was first tweeted in 2010, and Tyler, the Creator's Gangsta Grillz mixtape manifestation comes true with CALL ME IF YOU GET LOST. The jet-setting opulence of the artist's latest persona, Tyler Baudelaire, comes complete with bars to match. It is life-affirming to hear DJ Drama talk up getting fed ice cream with his toes out on a yacht in Switzerland. Read Exclaim!'s full review here.

Standout track: "MASSA"
Scored by deftly layered production punctuated by a stuttering snare, this heady centrepiece will have you rewinding to catch every surprising admission and sharp observation.
Calum Slingerland

The Zolas
Come Back to Life 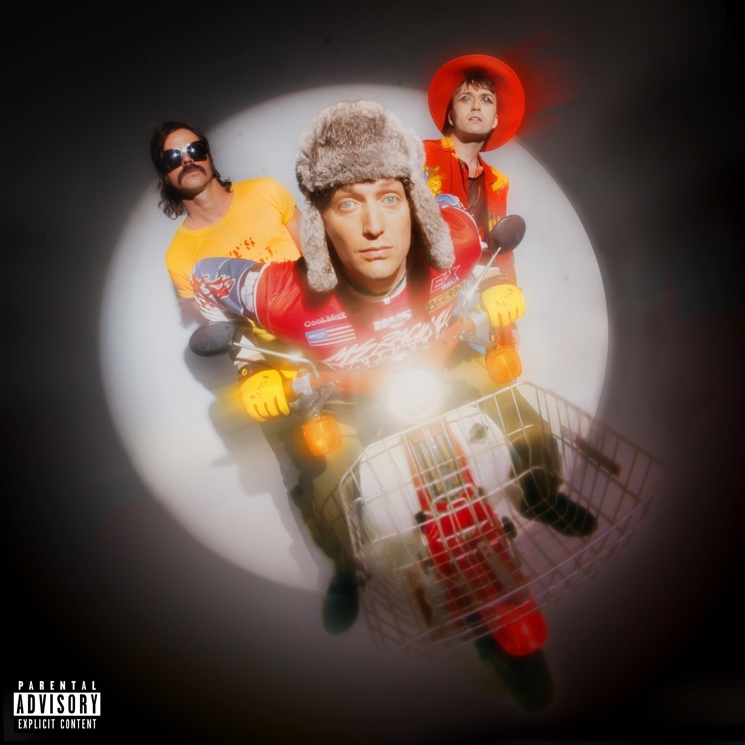 Vancouver's the Zolas immerse us in the surrealist cinematic universe that is their fourth album. Taking cues from soundtracks to '90s epics, they embrace Britpop-inspired textures to create a spacious soundscape with an abundance of sticky hooks and clever wordplay; buoyantly waxing anthemic about that pervasive sense of impending doom. Read bandmate Zach Gray's Exclaim! Questionnaire here.

Standout Track: "Miles Away"
Lucid-dreamy, understated, acoustic-driven encouragement to never mind the feedback — unless it's the fuzzed-out guitar and distortion that burns through much of the record, of course.
Megan LaPierre

Listen to all of these standout tracks with our Spotify playlist.
« Previous