By Exclaim! Staff
Published Apr 27, 2016
Death From Above 1979 finally kicked off their cross-Canada tour with Eagles of Death Metal in Vancouver last night (April 26), bringing two sets of rock'n'roll madness to the PNE Forum.

We sent Exclaim! photographer Amy Ray to capture the fun. Read her thoughts on the evening, then relive the performance by scrolling through our favourite photos from Amy below.


I showed up to the venue for Death From Above 1979's tour kickoff Tuesday night not sure what to expect; I've only seen DFA once in the past, but had never seen the Eagles of Death Metal.

As soon as the Eagles stepped out onstage, I felt that the show deserved to be a co-headlining show. They started off the night, but had the crowd screaming for them before even playing a note, and they turned me into an instant fan — my expectations were blown out of the water. Lead singer Jesse Hughes knows how to work the crowd, engage the audience and make a large venue feel very intimate.

Then DFA came out — and I thought the crowd was excited for the Eagles.

The bass was skull-rattling, which is exactly what the crowd wanted, and the duo blasted through songs from both their revered debut You're a Woman, I'm a Machine and their comeback LP The Physical World. They were so loud that the venue seemingly couldn't handle it, but the crowd could, and they made it known by thrashing along to the din. 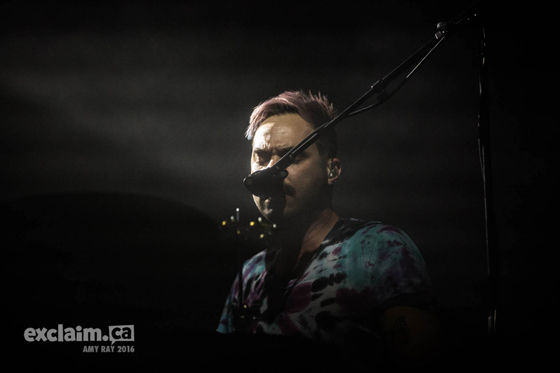 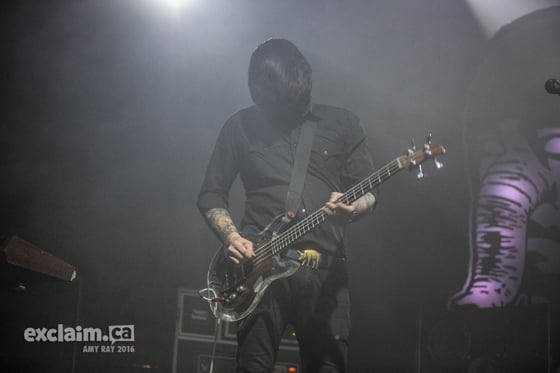 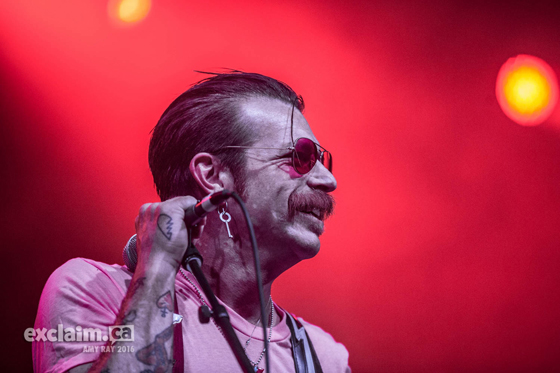 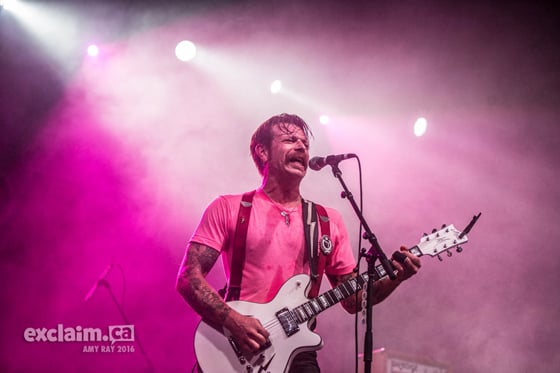 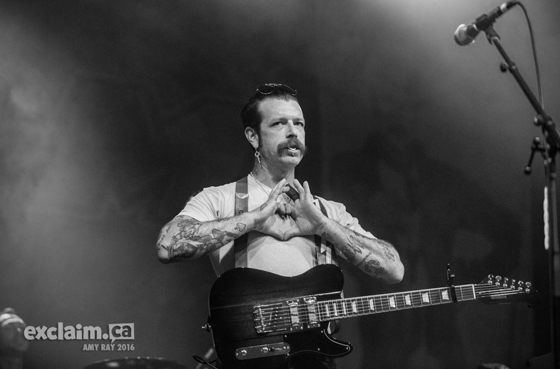