By Sarah Murphy
Published Jan 11, 2019
Lifetime's Surviving R. Kelly documentary has caused a number of celebrities like John Legend, Lady Gaga and Chance the Rapper to publicly denounce the singer, and now R. Kelly's own estranged daughter has spoken out against him.

"To the people that feel I should be speaking up/against everything that is going on right now. I just want you all to understand that devastated is an understatement for all that I feel currently," she wrote. "I do apologize if my silence to all that is happening comes off as careless. That is my last intention. I pray for all the families & women who have been affected by my father's actions. Trust, I have been deeply affected by all of this."

She went on to explain that "it has been very difficult to process it all," and reiterated that she does not have a relationship with her father.

Her mother, Andrea Lee, filed a restraining order against Kelly in 2005 and filed for divorce in 2006. It was finalized in 2009, and she has since publicly spoken about Kelly's alleged abuse.

"The same monster you all confronting me about is my father," Buku continued. "I am well aware of who and what he is. I grew up in that house. My choice to not speak on him and what he does is for my peace of mind. My emotional state. And for MY healing. I have to do & move in a manner that is best for me. I pray anyone who reads this understands I put nothing but good intent behind each word."

See screenshots of her complete message below. 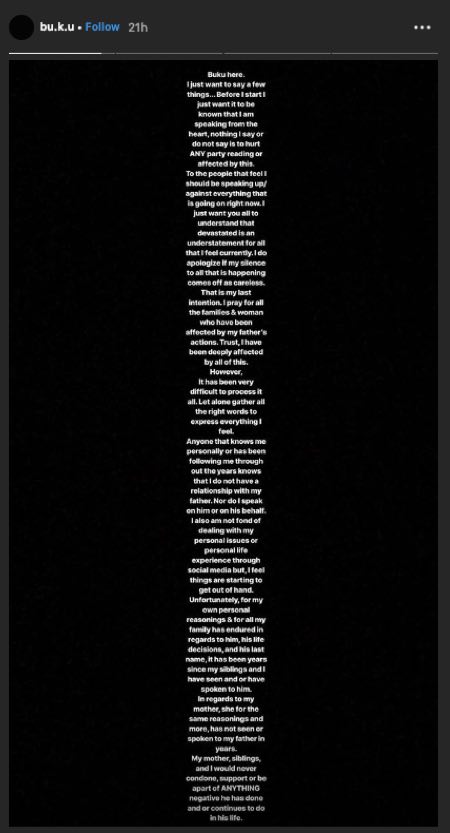 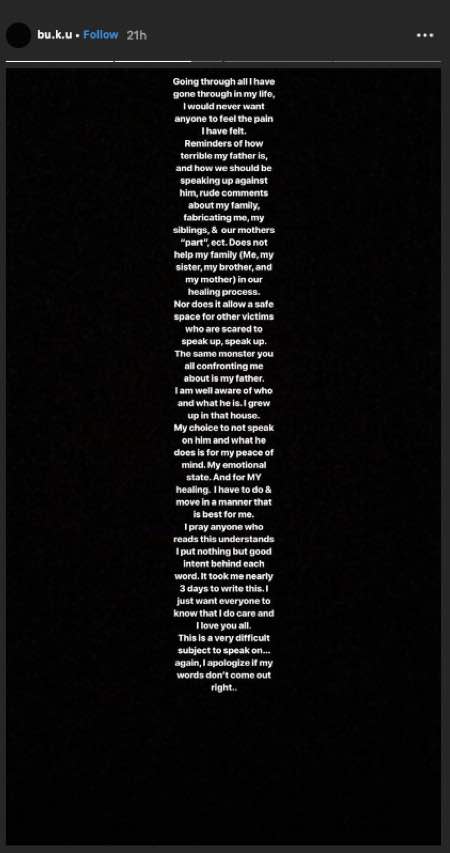 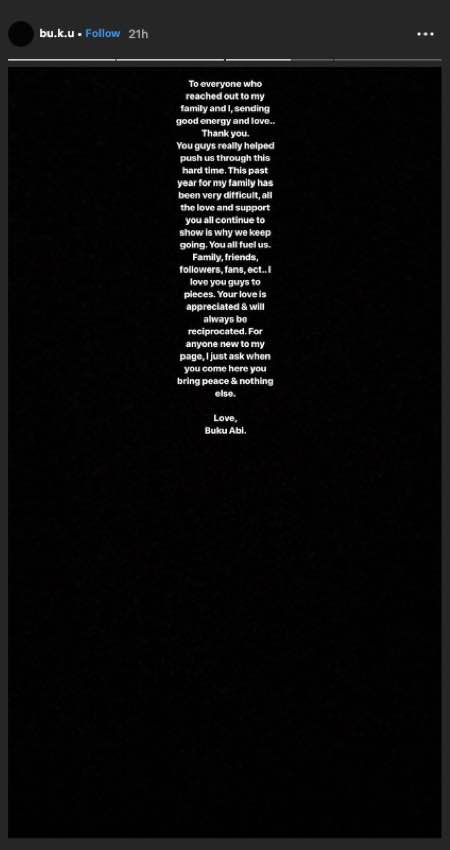