By Gregory Adams
Published Nov 15, 2013
R. Kelly has given us a provocative peek of what we can expect from his upcoming Black Panties LP by unveiling the long-in-the-works project's cover art and tracklisting.

As you'll see up above, Kelly went with the no-brainer of putting an actual pair of black panties on the album cover, and considering the record includes cuts with names like "Marry the Pussy, " Crazy Sex" and "Poetic Sex," it may not be surprising to see that there's also a parental advisory warning on there too.

The tracklisting info reveals that Kels has roped Destiny's Child singer Kelly Rowland in for a track called "All the Way," while rappers Ludacris and Jeezy puts guest bars on "Legs Shake" and "Spend That," respectively. Missing from the LP, however, is the previously revealed 2 Chainz team-up "My Story."

Recent number "Genius" didn't make the cut either, but the R&B singer did give the go ahead to "Cookie." You'll find all the tracklisting info down below.

UPDATE: Well, it looks as if the artwork got an upgrade, which you can see below. Also, the tracklist has been tweaked, as well as got a deluxe version. You can see that below as well. 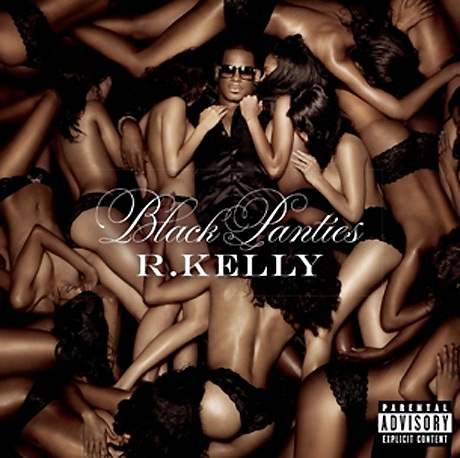