The collective came together at Goddard's London studio last June, with each musician operating a different synth or modular synthesizer system as slides from McCarty's original piece were projected against the wall.

McCarty's original recording was created with his in collaboration with his group Biome, using five EMS Synthi analog synths.

The updated recording features two performances by the aforementioned array of artists, each one captured to tape in live 15-minute takes. Side A has been dubbed a "tonal" version, while side B features a "noises + impulses" take.

The LP will be available on Bandcamp on March 17 via Geej Recordings and everywhere else as of March 24. The album artwork is pictured above, while the back cover (including the full credits) can be seen below. 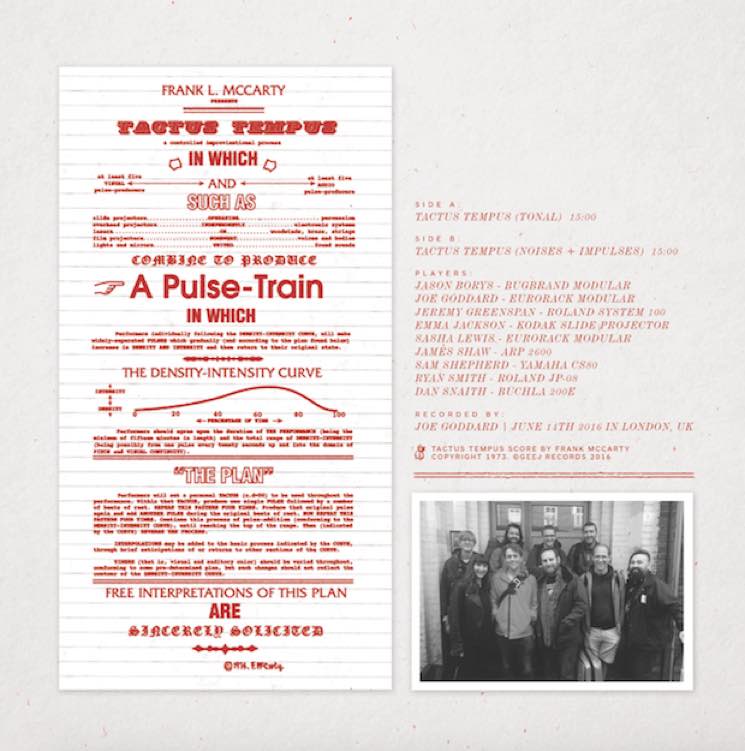