By Josiah Hughes
Published Jan 19, 2016
When they're not shredding through some serious noise rock jams, the members of Providence, RI noise rock duo Lightning Bolt keep busy with a ton of other projects. Bassist Brian Gibson is a videogame developer, while balaclava-sporting drummer and vocalist Brian Chippendale is a celebrated visual artist. Chippendale will soon return to the realm of books with a new graphic novel.

The book is called Puke Force, and it's a project that Chippendale has been discussing in various interviews for half a decade or so. After various starts and stops over the last few years, it'll finally get a proper wide release through beloved Montreal comic house Drawn & Quarterly.

On the Drawn & Quarterly website, the company's Tom Devlin explains that he's always dreamed of releasing a Chippendale graphic novel. He goes on to sing the book's praises with a glowing statement:

Puke Force is Brian's triumphant return. It's his most detailed and complex work so far. It's utterly Brian, another piece in his sympathetic concerned pissed off worldview, an extension of his music, of his social media presence. He observes and reflects and refracts and we get world collapse as a dark super-team slacker comedy. This book contains Brian's most trenchant commentary, his funniest jokes, worst puns, most beautiful drawings. It is his masterpiece!! I have read this book over and over and it is a shining jewel in the crown of civilization!

Puke Force will arrive on February 16. It'll be followed by a brief book tour from Chippendale, including appearances in both Montreal and Toronto. Check out his full tour itinerary below, where you'll also find some screenshots of the book. 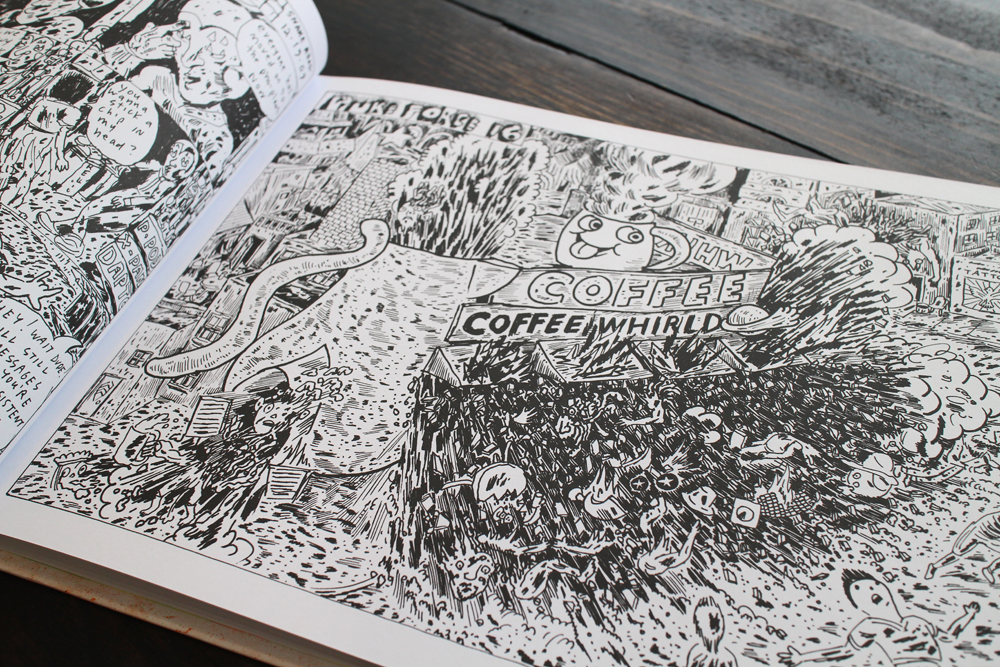 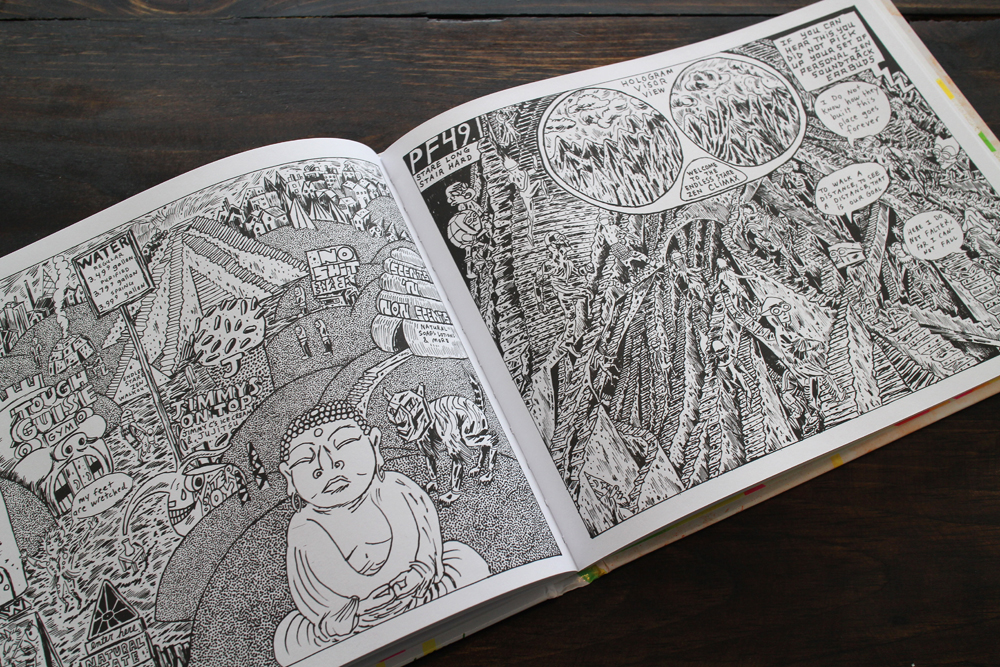