It turns out the rumours are true

By Brock Thiessen
Published May 31, 2018
In case you already forgot, Kanye West promised the world that he would be releasing his new album on June 1. Yes, that means this Friday. And while we've heard basically nothing about its release since, the rumours are now popping off that Kanye is hosting listening party for the album tomorrow (March 31).

You can check out a screengrab below. 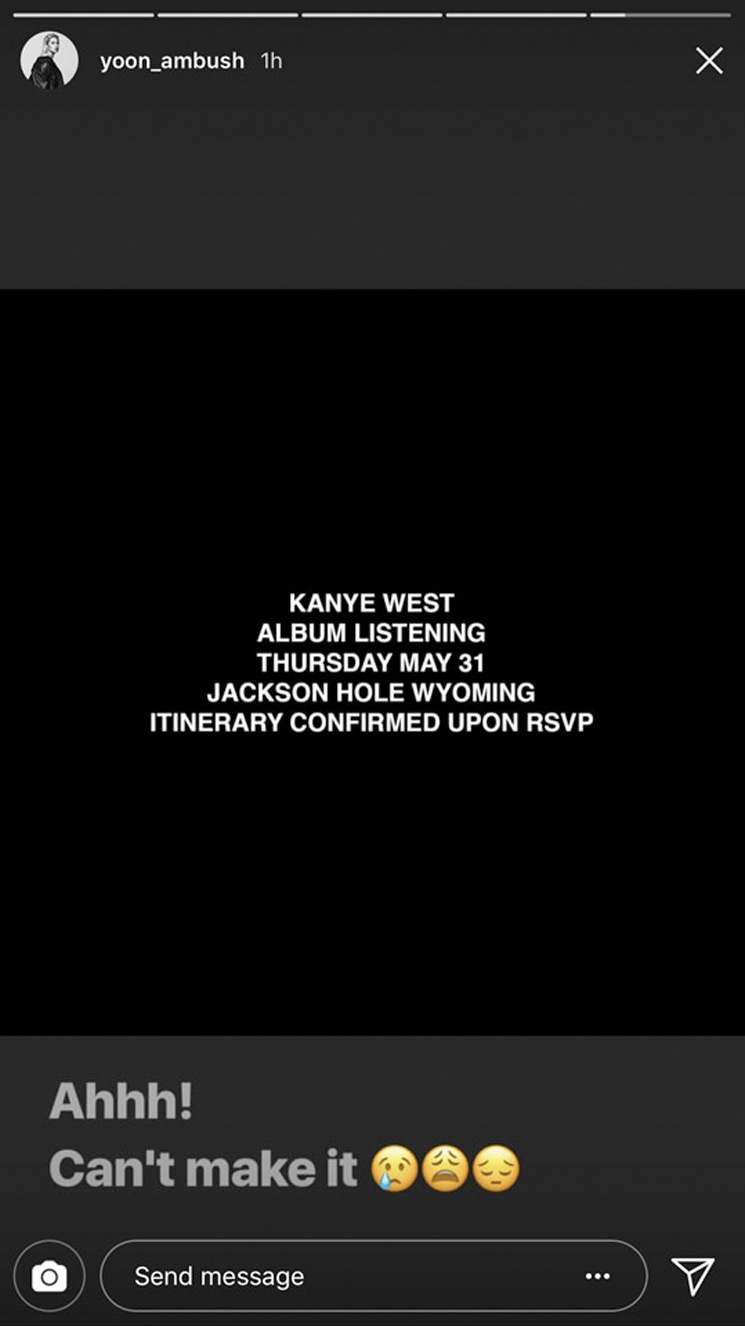 Right now, though, that's basically all we have to go on about the new album's arrival.

UPDATE (5/31, 5:45 p.m. EDT): Pitchfork has now confirmed the publication, along with others, was invited to the listening party tonight in Jackson Hole, WY.

Well, besides Kanye himself telling us it's coming out on June 1 and that it will feature seven songs (one of which might just be a proper version of "Lift Yourself"). And after all, he did keep his promise about Pusha-T, who released his DAYTONA right on schedule.

my album is 7 songs