By Laura Stanley
Published Dec 11, 2018
It's been another year of loud, reckless men taking up space, so it's fitting that pop culture was dominated by the cowboy, a hyper-masculine figure who traditionally is an unencumbered, cocky, straight, white American hero. This year, pop culture had conflicting engagements with cowboys — some tried mimicry, others deconstructed them to reveal some toxicity.

Kacey Musgraves
Golden Hour
Throughout Musgraves' glamorous pop-country record Golden Hour, she sings of love and stability that is, in part, a result of eliminating cowboys in her life. On "Space Cowboy," she confidently declares, "I know my place and it ain't with you." The disco ball-illuminated "High Horse" finds her rolling her eyes at, and giving the boot to, an arrogant John Wayne type who rides off by himself into the sunset. Mitski
Be the Cowboy
In an interview with The Outline, Mitski Miyawaki describes the titular inspiration behind her fifth album: "Every time I would find myself doing exactly what the world expects of me as an Asian woman, I would turn around and tell myself 'Well, what would a cowboy do?'" It's an inspiring call to do the same — adopt the confidence of a cowboy, and take up space that historically has been reserved for those who conform to the macho archetype.

A Star Is Born
This version of A Star Is Born chronicles Jackson Maine (Bradley Cooper), a rugged country singer with addiction issues, and Ally (Lady Gaga), an aspiring musician who gets her big break. On "Maybe It's Time," written by Jason Isbell, Jackson sings, "maybe it's time to let the old ways die." The song ties in thematically, but also feels like a farewell to cowboys and their self-destructive ways, and a welcome to emotional vulnerability and new perspectives.

Mason "Yodel Kid" Ramsey
Video of 11-year-old Mason Ramsey yodelling Hank Williams' "Lovesick Blues" in a Walmart now has over 59 million views, earning Ramsey a spot on Ellen, on stage at Coachella, and a few months later, he released an EP. Perhaps it's his yodelling skills, or maybe there's a collective desire for a simple country life where Walmart is a stage. 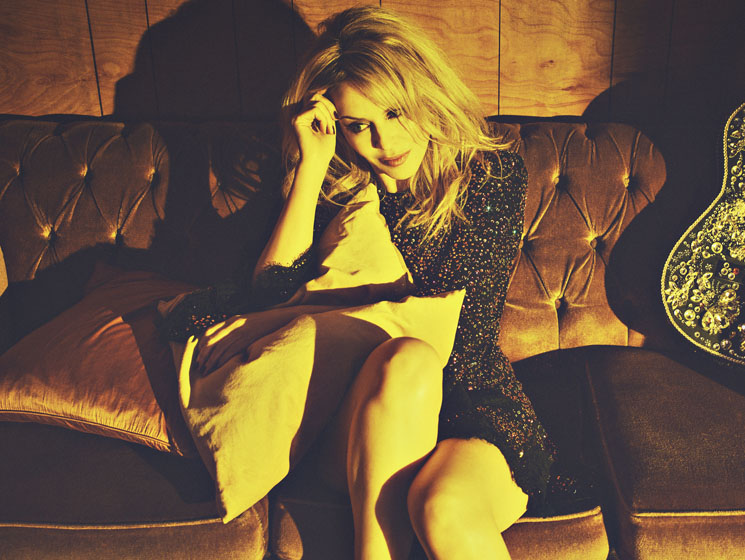 Kylie Minogue
Golden
On her 14th album Minogue, who's been making dance music throughout her 30-year career, infuses Golden with hackneyed relationships with cowboy characters. On "Shelby '68" she compares her cowboy to Steve McQueen and moans, "I'll take a ride if it's your rodeo." Although the mix of dance pop and country is disjointed, it feels like she's reclaiming the genre from the macho cowboys of contemporary pop-country.

Justin Timberlake
Man of the Woods
JT really likes the country. In a promo video for Man of the Woods, he wades through water, horses run wild, and actor and Timberlake's wife Jessica Biel compares Man of the Woods to the "wild west." Through a muddled pop, R&B, and country-infused affair that Timberlake describes as "modern Americana with 808s," he clings to these gimmicky sentiments.