The band will receive support from different artists — including Little Junior, Zoon and Nyssa — at each stop of their Canadian trek

By Megan LaPierre
Published Nov 01, 2021
Back what feels like at least two seasons ago now, July Talk announced they'd finally be hitting the great Canadian road again this November and December with the Live at Last tour.

Continuing to up the ante, they've announced the stacked list of supporting acts that will open the shows — and each gig will be treated to a performance from a different artist (with the exception of Edmonton and Calgary, but we don't think they'll mind sharing).

Tickets are available here. Unsurprisingly, some dates are already sold out.

Check out the full itinerary — and which guests will be playing alongside July Talk at which shows — below. 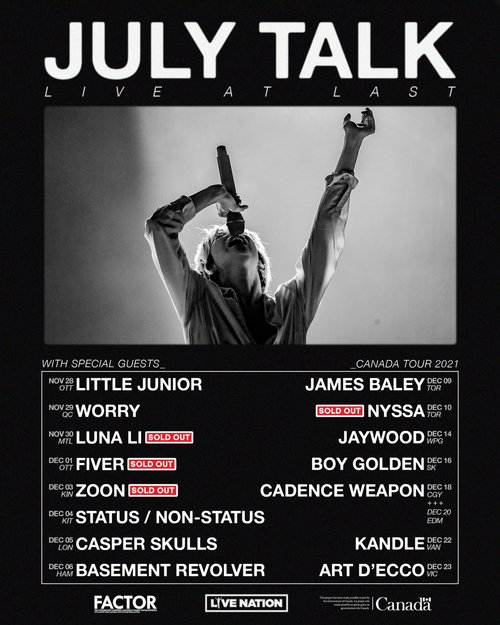