By Josiah Hughes
Published Apr 19, 2016
Things are truly set to heat up in Toronto's film community with the return of Hot Docs, which will offer an astonishing 232 titles spread across 12 different programs from April 28 to May 8.

It's a lot to dig into, to be sure, but you likely won't make the wrong choice in the epically curated festival. That said, if you prefer the crossover of music and film, we've dug through the lineup to deliver you our top choices for the best music docs at this year's fest.

Check out our recommendations below, and find out more information on Hot Docs here.

While we can't help but feel upset by the American spelling of "colour" in its title, there's no denying that we can't wait to see Contemporary Color. Directed by Bill and Turner Ross, the film documents David Byrne's exceptional 2015 project of the same name. Combining flags, rifles and, well, colours, the show was a multi-faceted event that added an element of sport to the arts. It also boasted an impressive guestlist that included St. Vincent, Ad-Rock, Ira Glass and many others.

Decades into his career, iconic new waver Gary Numan continues to inspire the masses with his masterful pop songs. Directed by Steve Read and Rob Alexander, Android in La La Land gives us unprecedented access to the man behind the music, exploring everything from his home life to his insecurities as a songwriter.

Best known for the metal-themed work of their Banger Films production company, Sam Dunn and Scot McFadyen have teamed up with Darby Wheeler to tell the story of hip-hop. With Shad as their tour guide, the filmmakers travel around the Bronx and Harlem to discuss hip-hop's origin story. 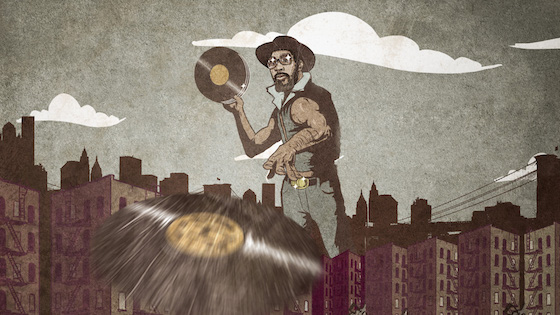 I Am the Blues

Director Peter McCormack gives us a sobering glimpse into the life of John Mann, frontman for the long-running Canadian Celtic rock band Spirit of the West. At 52, Mann was diagnosed with early onset Alzheimer's, and in Spirit Unforgettable we see him come to terms with that as he performs his final show at Massey Hall.

Madonna's iconic Truth or Dare documentary will screen at this year's Hot Docs, and with it a new companion piece. Courtesy of directors Ester Gould and Reijer Zwaan, Strike a Pose sees the dancers from that iconic tour have reunited some 25 years later to discuss their lives and legacy since they first broke through.