Godspeed You! Black Emperor Will Debut Their New Album with a Special Film Broadcast

The band will present 'G_d's Pee AT STATES END!' from an audience-less Cinema Imperial in Montreal

By Josiah Hughes
Published Mar 11, 2021
Next month, Godspeed You! Black Emperor will return with G_d's Pee AT STATES END!, their first new material since 2017's Luciferian Towers. While they normally would' have marked its arrival with a stunning post-rock concert, they'll instead do things the socially distanced way with a special film broadcast.

On March 27 at 6 p.m. ET, the band will stream a concert film that highlights the band's 16mm projections. Throughout the band's history, 16mm projections from Karl Lemieux and Philippe Leonard have been a staple of their live show, but this marks the first time they will be presented in an official capacity.

The projections were shot in an empty Cinema Imperial in Montreal, and a press release promises "dozens of film loops & short reels for a hallmark Godspeed concert experience, set to the band's new recording."

A teaser for the concert film is available below. The event will be free and will take place here. 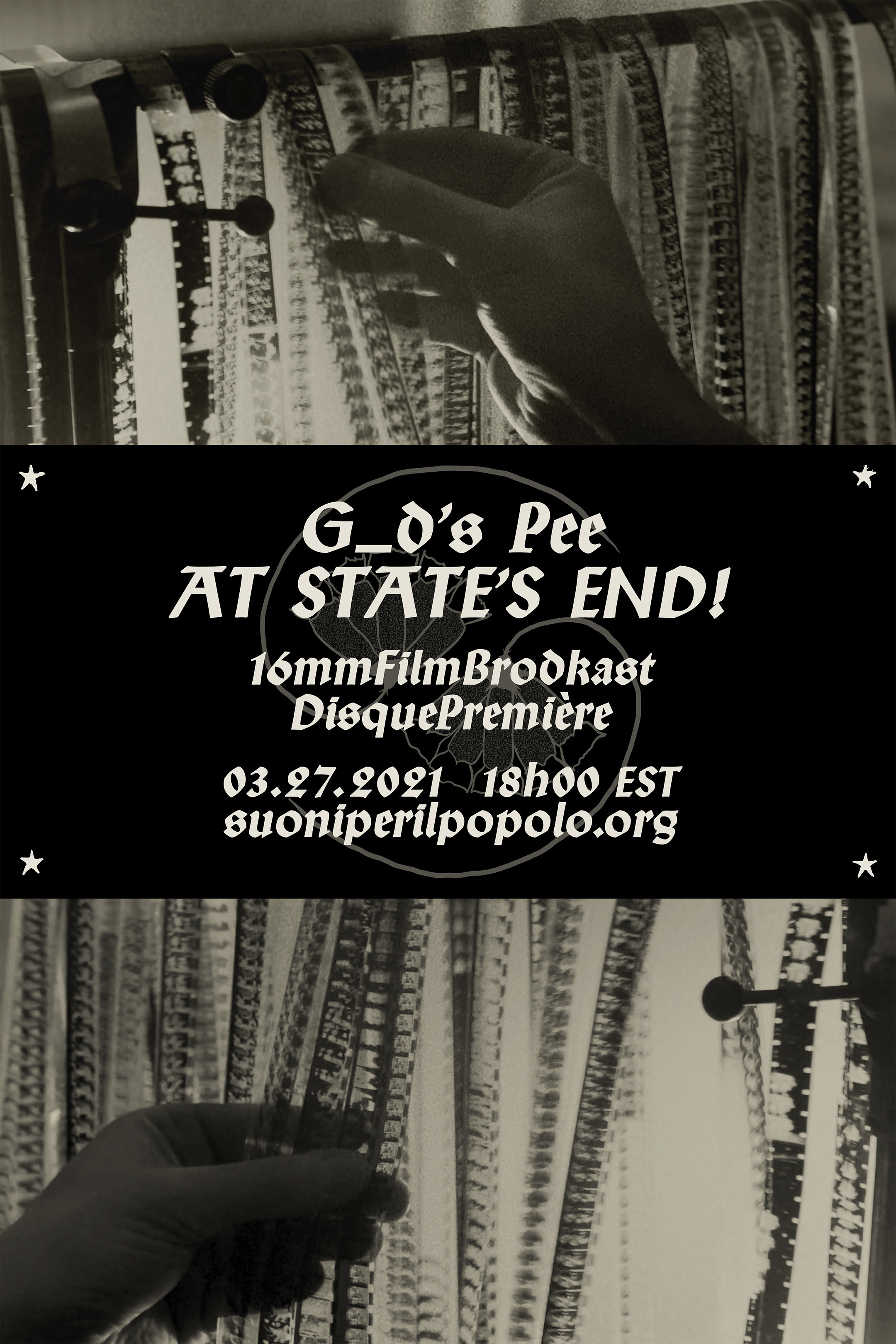