By Kaelen Bell
Published Aug 10, 2021
Fred Durst has offered a follow-up to his original statement on the cancellation of Limp Bizkit's "Post Pandemic Popup Party" tour, giving more details regarding the group's postponed run of performances.

In a new statement to Billboard, Durst dug a bit deeper into the band's decision to cancel the tour only a week after their victorious Lollapalooza set.

"In short, the system is still very flawed," Durst told Billboard. "Even if the performers, crews, staff, and promoters do their best to ensure safety on and behind the stage, that doesn't ensure the safety of the audience as a whole. We are all in this together, and we all — individually and as a whole — have to make our best efforts to be as responsible and proactive as possible moving forward to combat and stop spreading COVID."

When asked if there was a specific incident that prompted the cancellation, Durst said there wasn't anything he could think of, explaining that it was "just perception."

Looks like everyone will just have to wait until concerts are safer to get their live Limp Bizkit fix.

In other Durst news, he recently took another significant personal blow, sharing yesterday on Instagram that he lost an online auction for a handmade action figure of himself. The lost toy immortalizes the frontman's new "Dad Vibes" attire and ultimately sold for $680 USD.

See his reaction to losing the auction below. 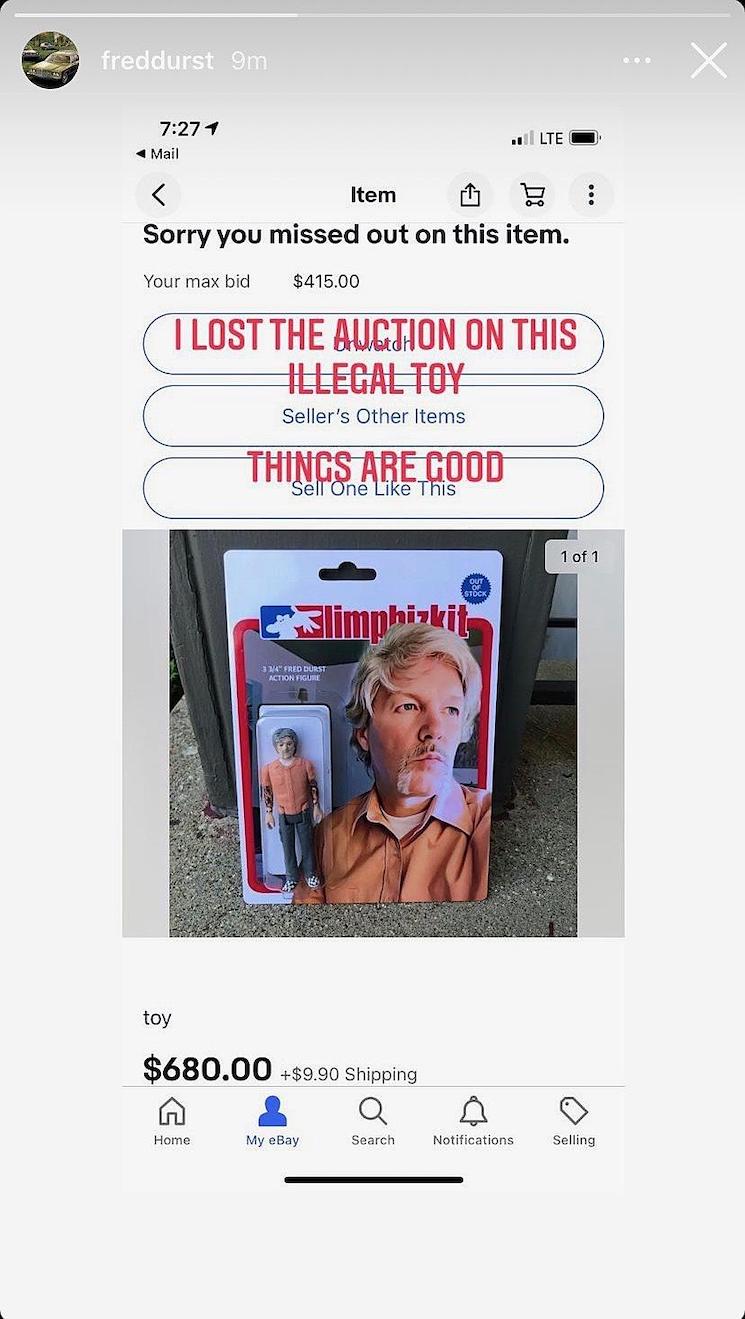