By Sarah Murphy
Published Jun 09, 2016
Despite rave reviews for her latest album Lemonade and the ensuing "Formation World Tour," the usually "Flawless" Beyoncé seems to have taken a few professional missteps as of late.

Last month, she was accused of potentially plagiarizing elements of her "Hold Up" video from Swiss artist Pipilotti Rist's "Ever Is Overall," and now a filmmaker named Matthew Fulks has come forward and sued Beyoncé (as well as Sony, Columbia and Parkwood Entertainment) for ripping off his 2014 short film Palinoia.

According to Fulks, he was in touch with Columbia Records rep Bryan Younce about a contract to work with the group MS MR. He submitted Palinoia to Younce prior to the filming of Lemonade.

Following the release of Beyoncé's visual album, Fulks noticed a number of similarities between his work and Lemonade. Specifically, he believes that shots featuring "graffiti and persons with heads down," "red persons with eyes obscured," "a parking garage," "black and white eyes," "the grass scene" and "side-lit ominous figures" were all borrowed from his film.

Pitchfork obtained a copy of the complaint, which contains side-by-side images of some of the scenes Fulks' believe were lifted from his work. You can see the screenshot comparisons below. 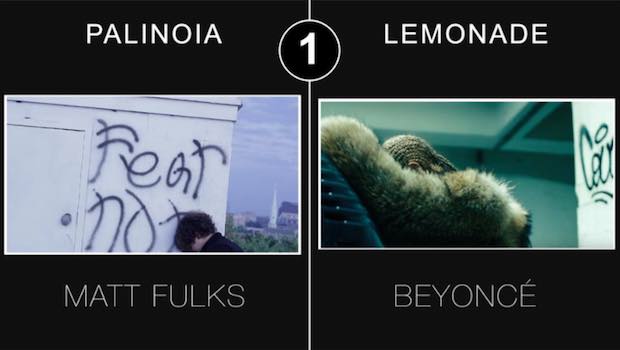 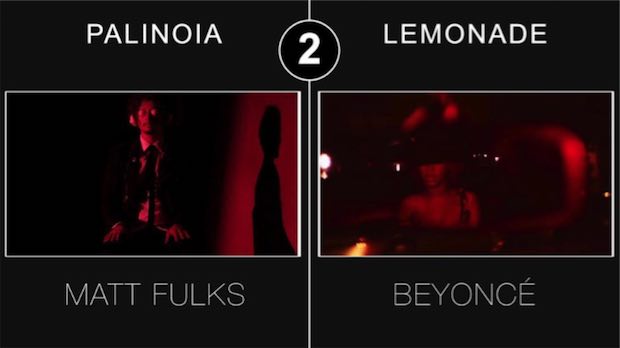 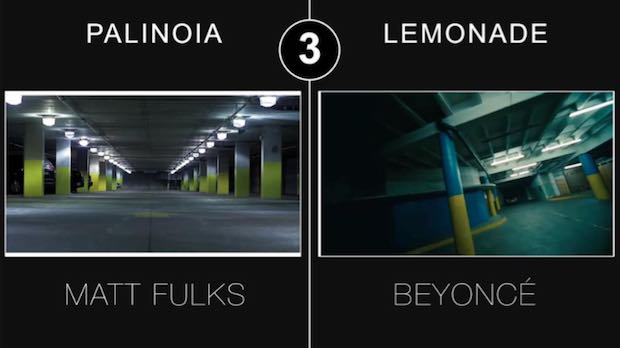 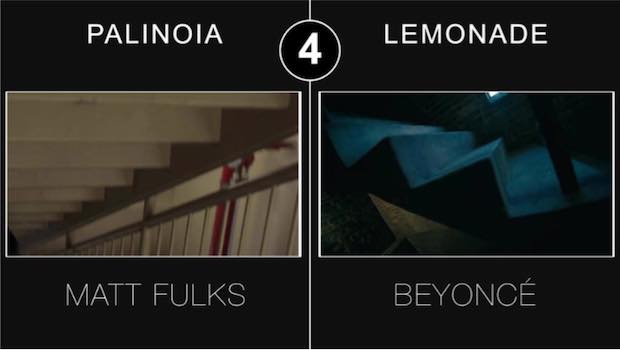 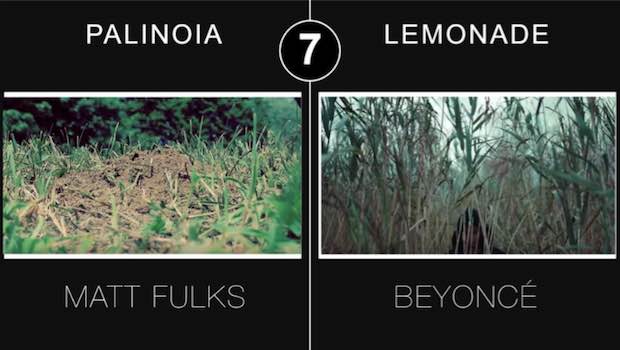 Down below, you can also watch Fulks's short film Palinoia and the trailer for Lemonade.

Prior to the Lemonade-era accusations, Beyoncé came under fire for allegedly plagiarizing her 2011 "Countdown" video.