Pure Comedy will arrive on April 7 through Sub Pop, marking the full-length follow-up to 2015's I Love You, Honeybear.

The record clocks in at a whopping 75 minutes and was recorded in March of last year at United Studios in Los Angeles with co-producer Jonathan Wilson. String, horn and choral arrangements were helmed by Gavin Bryars, while Nico Muhly and Thomas Bartlett also receive guest credits on the album.

As stated in a press release, the new songs wrestle with themes of "progress, technology, fame, the environment, politics, aging, social media, human nature, human connection and his own role in it all," expressed with Tillman's "usual candor, and in terms as timely as they are timeless."

Pure Comedy will be available in standard LP, CD, digital and cassette formats, as well as in a deluxe 2-LP version on aluminum and copper vinyl with a customizable die-cut jacket, fold-out poster and exclusive holographic tarot card.

Cover variations for the standard LP and CD will be randomly distributed, and you can see one of those above and the rest below; there are four in total. You can pre-order the album here.

The full tracklisting has been revealed, and you can see it down below. In addition to the previously shared title track, Father John Misty has also unveiled Pure Comedy: The Film. It's a black-and-white mini-doc that captures the writing and tracking process behind the new record, even giving viewers an introduction to the 13-minute long "Leaving L.A." Watch it below. 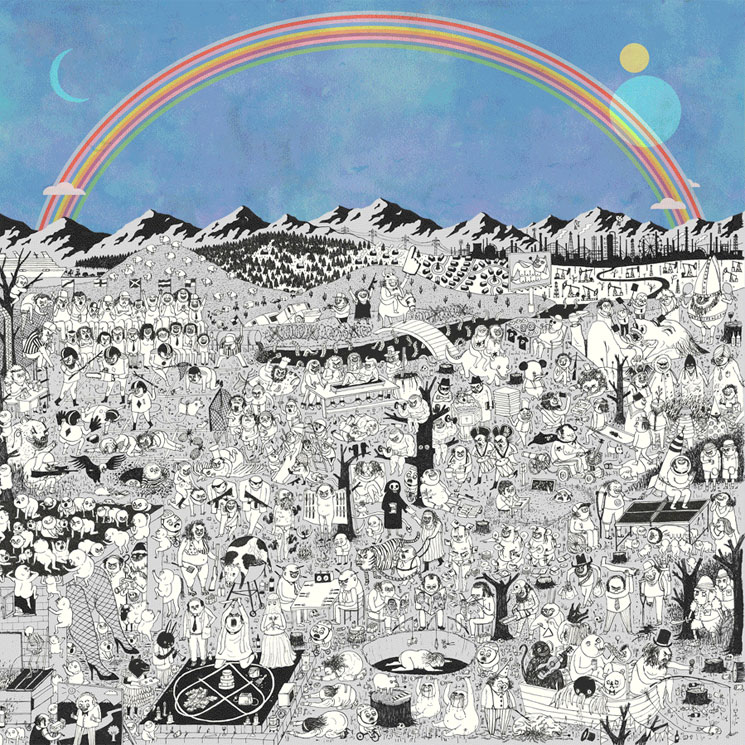 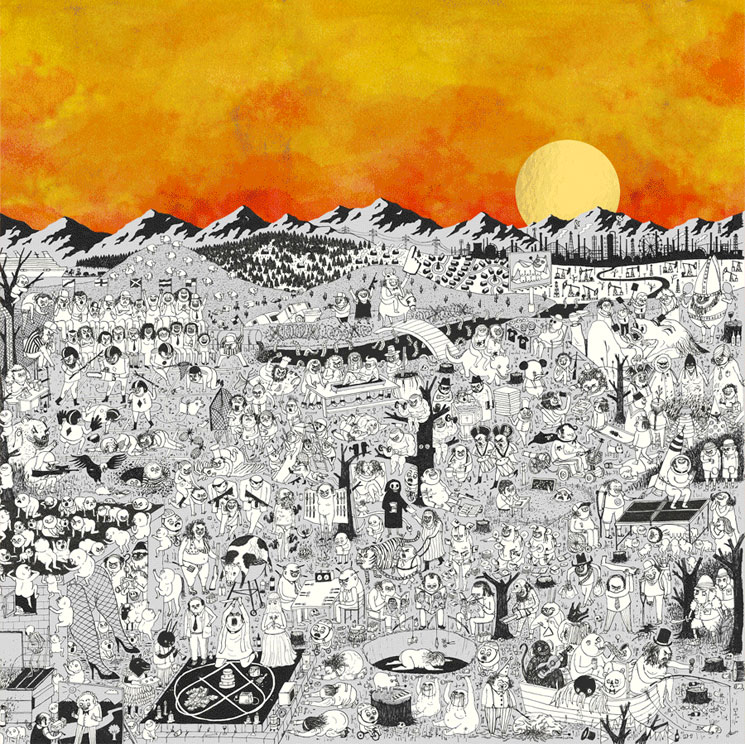 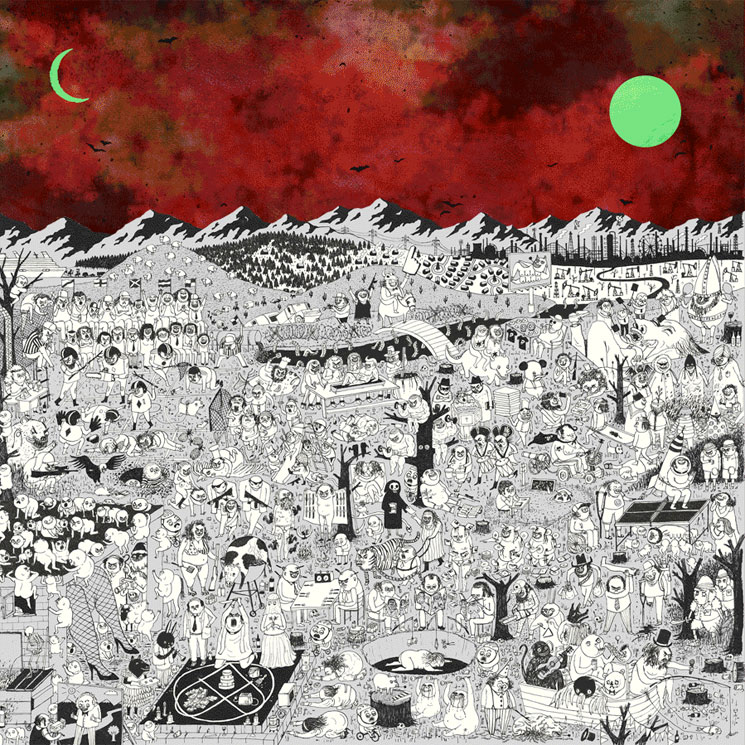 1. Pure Comedy
2. Total Entertainment Forever
3. Things it Would Have Been Helpful to Know Before the Revolution
4. Ballad of the Dying Man
5. Birdie
6. Leaving L.A.
7. A Bigger Paper Bag
8. When the God of Love Returns There'll Be Hell to Pay
9. Smoochie
10. Two Wildly Different Perspectives
11. The Memo
12. So I'm Growing Old on Magic Mountain
13. In Twenty Years or So