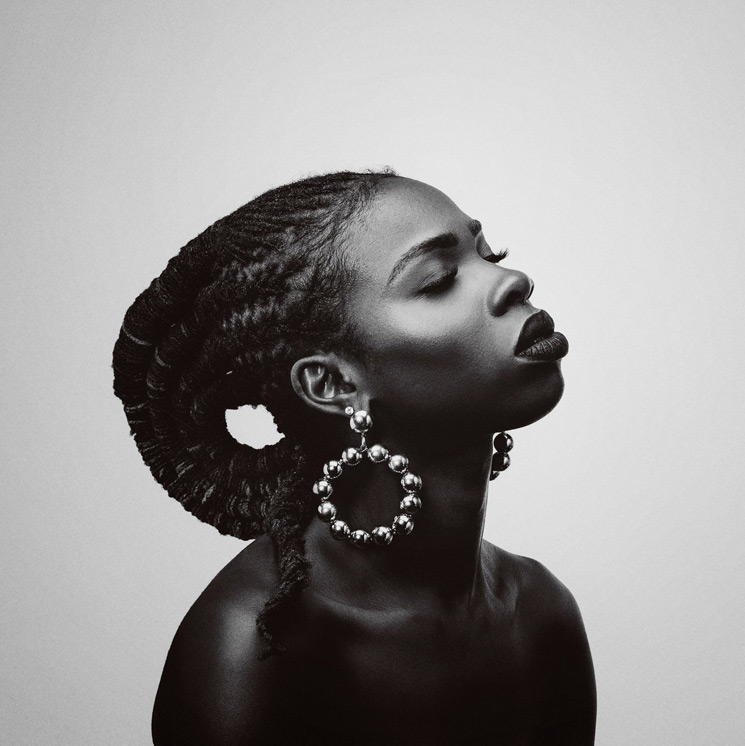 With the release of 13th Floor, the world witnessed the coming of the next Canadian hip-hop titan in Haviah Mighty (real name, no gimmicks). Witty wordplay is all over this record, from the cutting gender wage gap commentary on "In Women Colour" ("I gotta do two times more to earn four times less") to "Thirteen," which charts parallels between today's perilous times and the history of the American South. Beyond the banger status of future classics "Wishy Washy" — a perfect summertime jam — and "Blame," beyond the Polaris Music Prize win, this record encourages those to share their truths.
Josh Weinberg 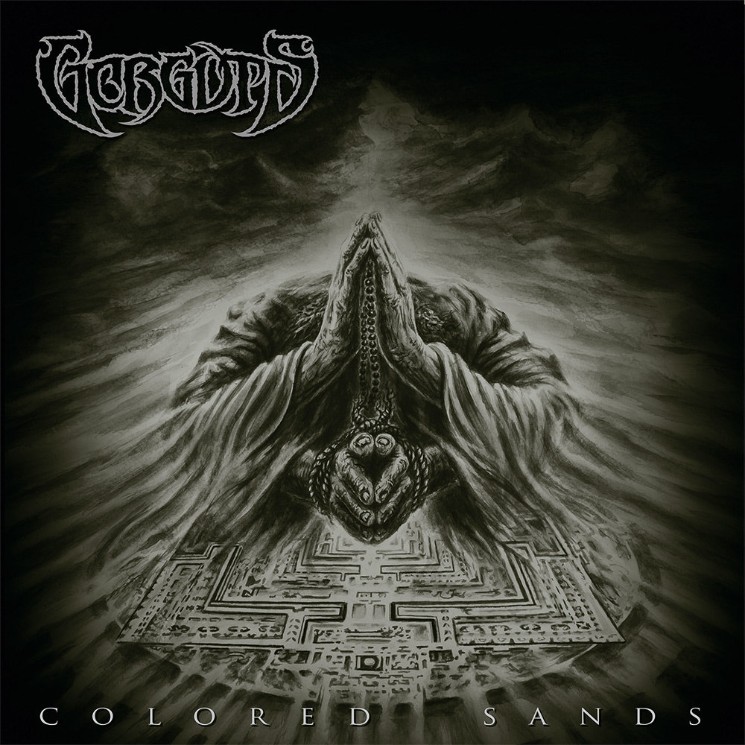 Gorguts' first studio album in 12 years, Colored Sands is a perfect snapshot of Luc Lemay and co. at the peak of their powers. From the very first notes of "Le Toit du Monde" to the final moments of "Reduced to Silence," Gorguts have taken all of their technical aspects forged on earlier releases and made them palatable with a continual push and pull of melody and sonic dissonance. With Colored Sands, Luc Lemay has created a Wagner-esque metal record that still sounds fresh and exciting.
Mark Tremblay 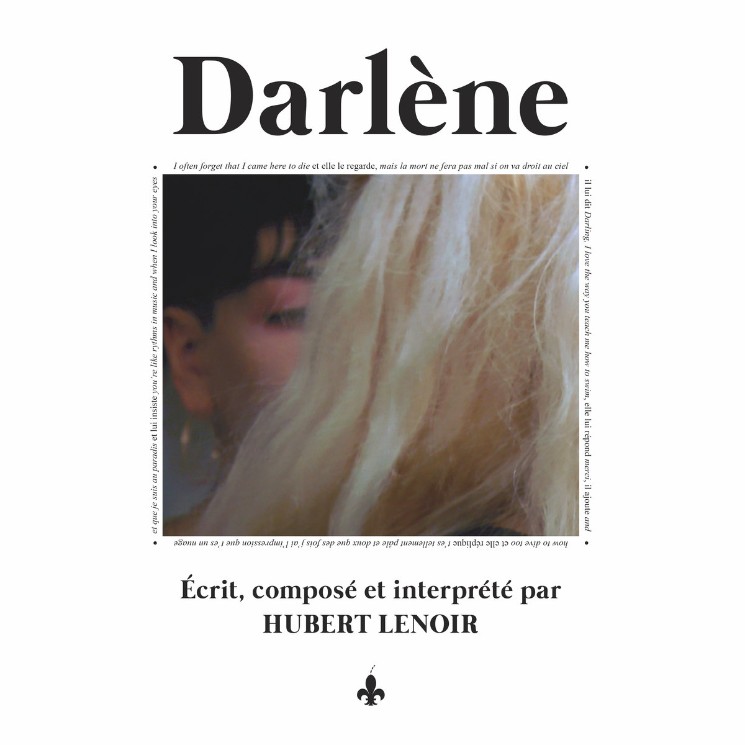 For a debut, Darlène pushes all of the limits. The album refuses to be bound by the confinements of genre, attributed largely to Hubert Lenoir's eclectic mix of musical influences. The opening "Fille de personne" trilogy serves as an aperitif – bold enough to prepare the palate for what's to come but withdrawn enough to avoid outshining the rest. Some songs, like "Ton hôtel," radiate the energy of pure pop bangers, while others, like "Momo," let jazz take the reins. Darlène tells a story of love and loss; self-doubt and self-discovery. It's undeniably bold and irresistibly charming, and that's exactly how Lenoir intended it to be.
Alex Rodobolski 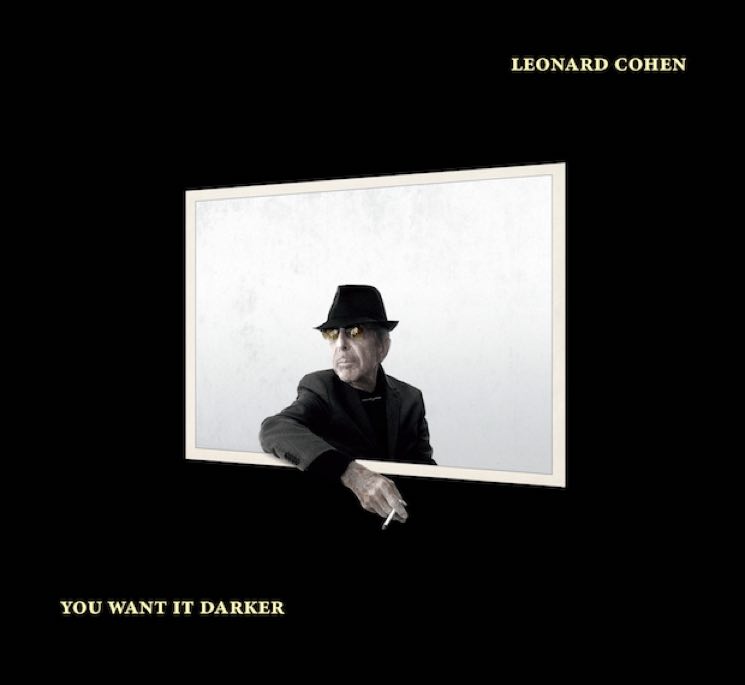 Released 19 days before his death, Leonard Cohen's You Want It Darker is a meditative journey through soft acoustics and beautiful lyricism. The release finds one of Canada's most revered poets contemplating life and death — not through dramatics nor melancholy, but by being clever, observant and extremely candid. Cohen spent his life documenting the world onto paper, and as a parting gift, You Want It Darker provides closure by looking retrospectively at the world and then beyond it.
Spencer Nafekh-Blanchette 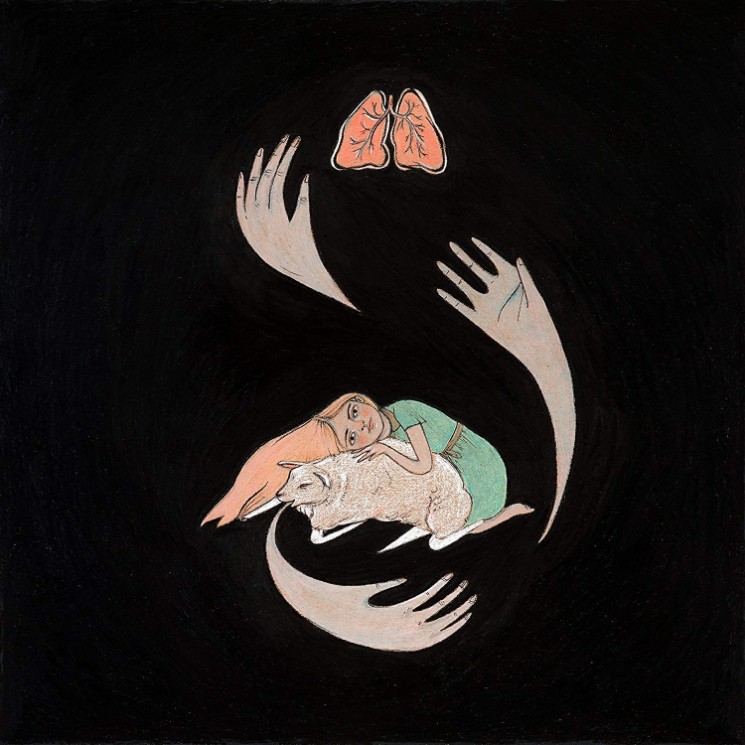 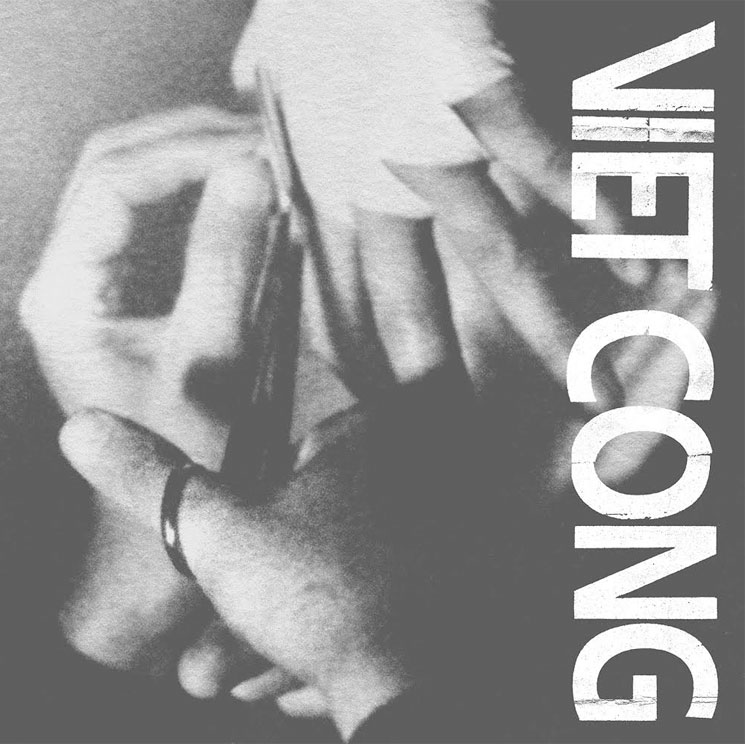 Rightfully condemned for its name — a name the band shared before they changed it to Preoccupations — the debut album from the Calgary post-punks launched them into the indie stratosphere, cementing them as a menacingly inventive, philosophically-informed outfit. Starting where Women — in which two of the members previously served — left off, the album is stuffed with antithetical ideas that are equal parts primordial and modern. While the band's artistic sensibility echoes that of punk's most boundary-pushing artists, Preoccupations' approach is far more empirical, choosing to funnel and reshape decades of experimental music through their own lens rather than retrace the steps of their influences.
Calvin Cashen

24. Drake
Nothing Was the Same 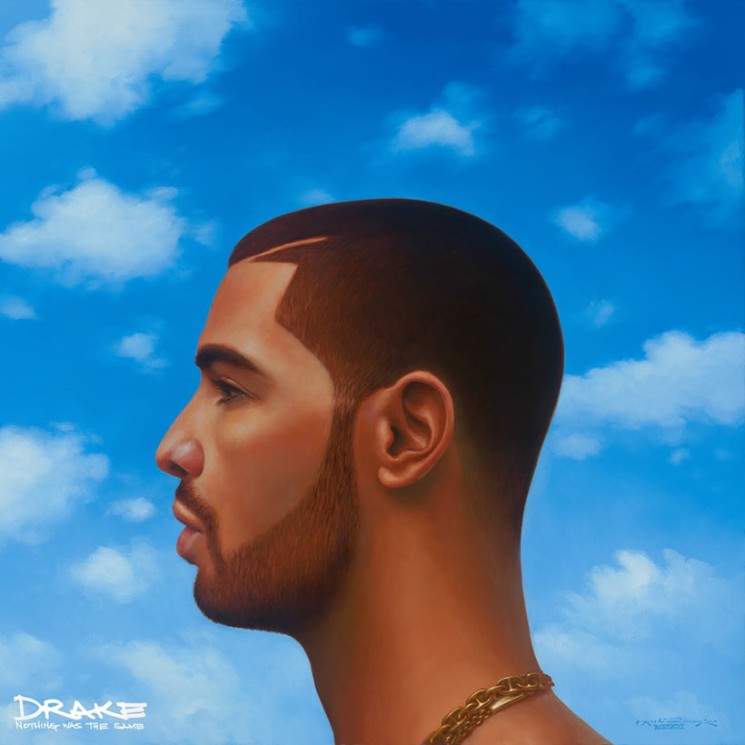 Drake felt a "more concise, more clear" approach to music was in order after the sprawl of sophomore album Take Care, and Nothing Was the Same remains one of his catalogue's strongest feats of refined songcraft and vision. The album's vociferous and vulnerable moments alike are anchored by brilliant sequencing, not to mention the sonic blueprint of "Toronto sound" architect Noah "40" Shebib. Nothing Was the Same captures an artist at once reflective and ready to reap the rewards of a pop cultural omnipresence that wasn't yet fully established — though Drake would soon grow bigger, and the albums would, too.
Calum Slingerland 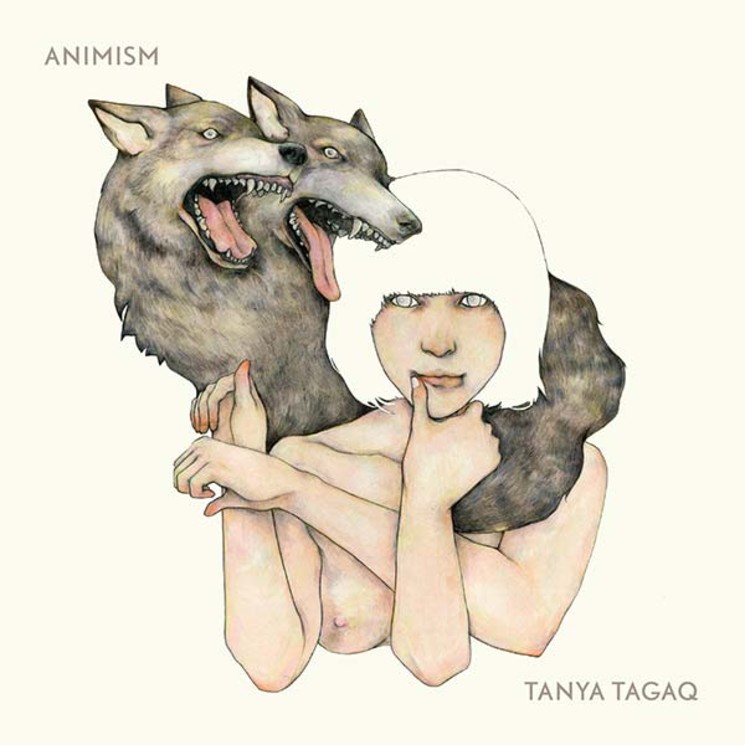 The tectonic passion and creativity of Tanya Tagaq's Animism set off a seismic shift in Canada's musical and cultural landscape. The Inuk artist created a new language of sonic expression alongside principal collaborators Jesse Zubot and Jean Martin. Their fresh fusion of highly expressive experimentalism with raw, grimy live dance vibes and Tagaq's transportive vocals is an experience unlike any other in music history. Even though there's little that resembles pop music on the surface of these songs, Tagaq and company know a hook when they feel it, and the album is full of surprisingly catchy moments — and even more full of those magical moments where music taps into something divine and inexplicable.
Scott Gray 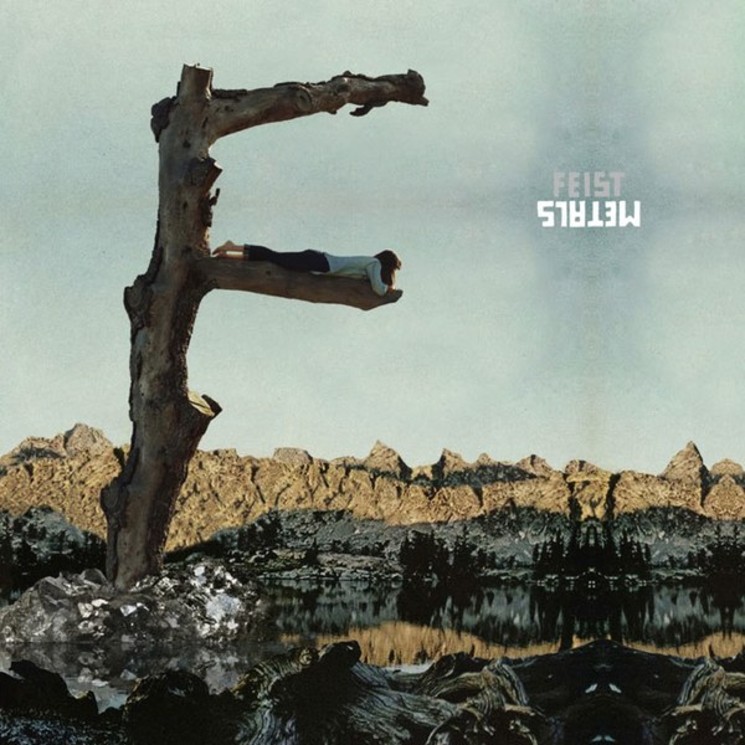 It's hard to recall what exactly it was we were waiting for the in the anticipation of Leslie Feist's follow up to The Reminder — more "1234" sing-alongs or contained young adult love songs? Whatever it was, it wasn't Metals. That was obvious in the guitar line of "The Bad in Each Other" or the shouts in "A Commotion." Every listen put the focus on a different element of the songwriting. Each lyric, whether direct or knotty, each composition cacophonous or quiet (or both), all lead to a pleasurable reassessment and rethinking of previously held opinions. Metals didn't meet preconceived expectations but instead redefined them.
David Falk 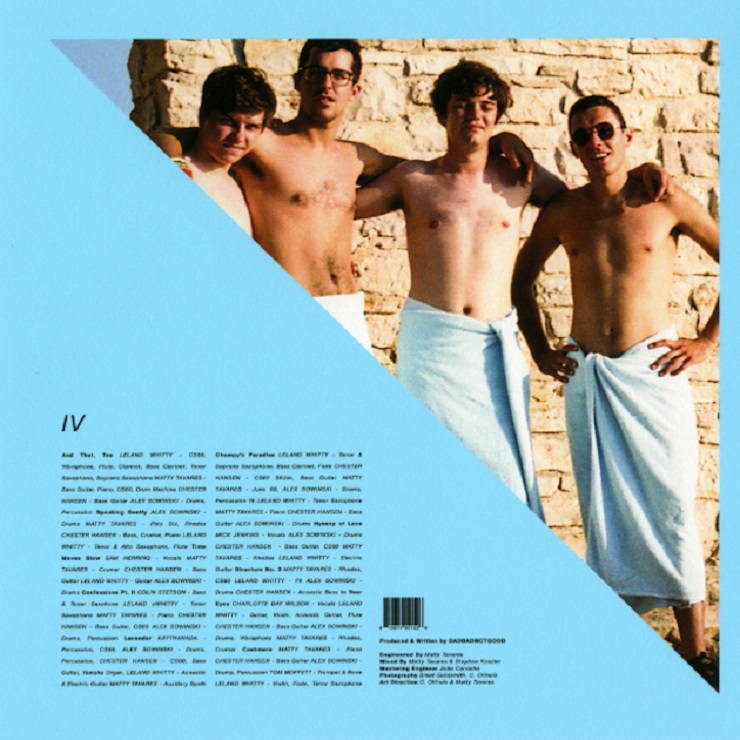 BADBADNOTGOOD gained fast fame with their jazzy reworks of hip-hop tracks, yet IV was more adventurous than anything else in their catalogue. IV still explored the cross section between jazz and hip-hop, apparent in their collaboration with Mick Jenkins, but guest spots from Colin Stetson, Kaytranada, Charlotte Day Wilson, and Future Islands frontman Samuel T. Herring were seamlessly incorporated into the tapestry of influences, drifting from psychedelic library funk to sizzling improvisational nu-jazz to pillowing out softly crooned R&B ballads like a dreamy soundtrack. This album was the moment BBNG truly stepped up from an homage to something that could profoundly influence the next generation of jazz exiles.
Alan Ranta