By Gregory Adams
Published Aug 20, 2015
Though veteran pop-rockers Death Cab for Cutie aren't known for producing extremely explicit tunes, their fanbase was faced with an onslaught of NSFW imagery online last night (August 19). Reason being, some sexed-up Facebook saboteurs managed to hack the band's profile and filled it with porny pics.

Sometime yesterday, unidentified Internet tricksters began posting a series of risque links via Death Cab for Cutie's official Facebook profile. This included a page promoting the "7 Best Sexual Positions of All Time," which was paired with a silhouette of a frisky couple. You'll find the offending image down below.

Even more graphic was a post for "6 Best Sexual Positions You Didn't Know!", where the photo finds a semi-obscured man engaging in oral sex with a woman, suggesting he possesses more than her heart. "Death Cab" noted of the vid: "Breakfast it's the most important meal of the day."

If you thought this was plenty low-brow and unexpected for the clean-cut indie rock crew, you'd be right. The posts, which were screen-grabbed by a fan, were quickly removed. Bassist Nick Harmer then took to his own, unhacked Twitter profile to note that the band were in the midst of fixing the fairly filthy snafu.


Uh yeah. The Death Cab for Cutie Facebook page has definitely been hacked. We'll get back to our regularly scheduled program soon. 😬 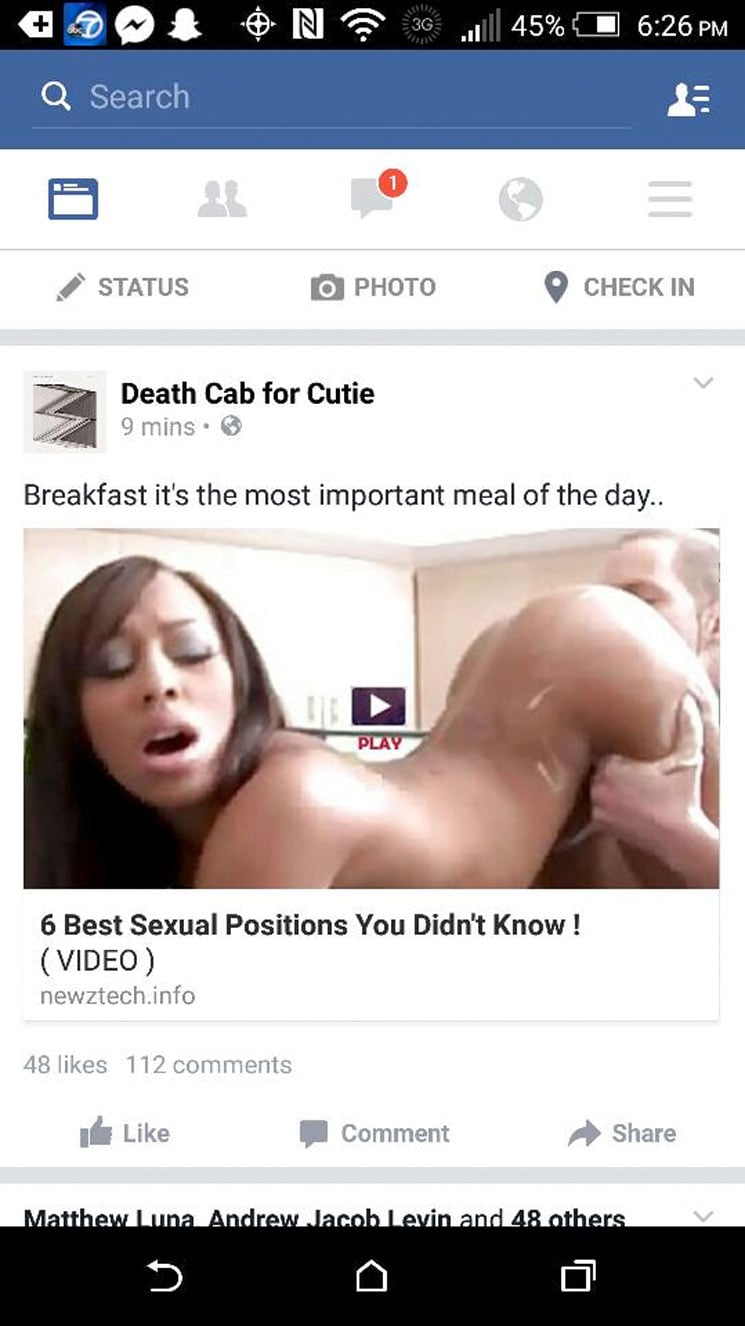