By Sarah Murphy
Published May 10, 2017
Donald Glover returned as Childish Gambino last year for Awaken, My Love! and the vinyl version of the album has finally been given an official release date. It's due out on May 19 via Glassnote.

As previously reported, the upcoming release is billed as a "virtual reality" vinyl edition. We now know that means it will include a VR headset and companion app, offering access to "exclusive virtual reality live performances from the PHAROS Experience." The 2-LP set also features a glow in the dark cover and an exclusive booklet.

You can find complete details about the vinyl release here, and you can order it here. Down below, check out an image of all the included goodies. 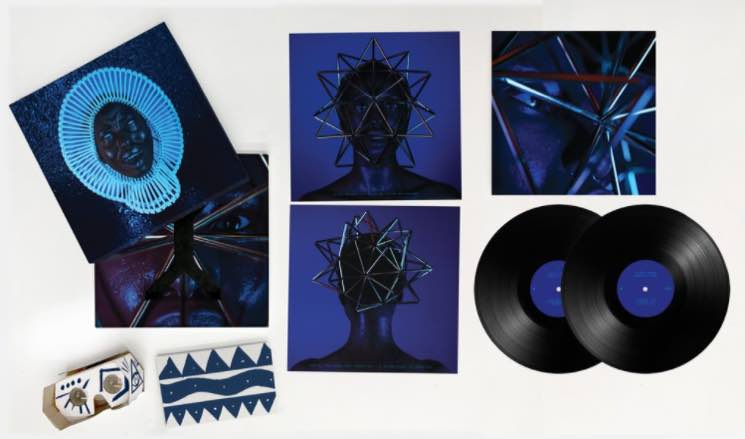 Gambino previously teased gave us a snippet of VR content with his video for "Me and Your Mama," following an elaborate roll out of his PHAROS app last year. Relive that clip below.