By Declan Keogh
Published Nov 25, 2016
Jordan Stein died in the early hours on April 8, two days after his 27th birthday. Known as Jordy by his friends, he was a fixture at DIY punk and hardcore shows in Calgary. He died alone in his room at his father's house. His brother, who also lived there, found him later that afternoon — he was going home after work to pick up his golf clubs and heard Jordy's phone ringing, unanswered.

That day Jordy became one of an estimated 338 Albertans to die of an opioid overdose between January and September of this year.

On April 16, hundreds of Jordy's friends, family and members of Calgary's underground music scene packed into a community centre on the southern edge of the city. There were no empty chairs during the service, which lasted a few hours. The walls of the room were lined with people, many of whom had known Jordan through going to punk and metal shows in the city.

This has been a sadly common occurrence over the last year, as DIY music scenes across Canada have adapted to the realities of a surging overdose epidemic. Workshops geared towards educating members of punk communities have been organized in Vancouver, Calgary, Toronto and Montreal.

The number of opioid-related overdose deaths has increased at such a rate that medical experts at the Opioid Conference and Summit in Ottawa last week urged the federal government to declare a public health emergency. Six days after Jordan's death, British Columbia became the first and only province to declare a public health emergency in response to the escalating opioid crisis.

While most overdose deaths are happening in Western Canada, Ontario is also expected to have a dramatic increase this year. The most recent data available from Ontario offers preliminary numbers for 2015, with 529 opioid overdose deaths.

British Columbia is on track to top 800 unintentional overdose deaths in 2016, with 622 in the first 10 months of this year, an average of about one overdose death every 12 hours.

One of the main contributing factors to this ballooning problem is the surge of fentanyl, which is now showing up in most street drugs. According to Global News, British Columbia has seen an almost 100 percent increase in drug samples testing positive for fentanyl, growing from 604 in 2015 to 1,194 so far this year.

Fentanyl is a synthetic opioid which can be 50 to 100 more potent than morphine. It's been found in heroin, bootleg Xanax and oxycontin, cocaine, ecstasy and MDMA, to name a few. Unconfirmed reports out of Vancouver have said it is showing up in crack cocaine as well.

To make things worse, an even stronger synthetic opioid used to tranquillize elephants, carfentanil, has reportedly surfaced in jurisdictions across Canada.

In efforts to combat the growing crisis, this week the Chinese government offered to work with RCMP to combat the flow of fentanyl from China to Canada. Zoe Dodd speaking at a fentanyl workshop in Montreal.

Zoe Dodd is a longtime member of the punk community and frontline support worker in Toronto's east end. She facilitated a workshop on November 12 at La Sala Rossa in Montreal.

The event was organized by YouthOfNausea, a duo that usually promote punk and industrial shows. It was attended by people who use opioids, friends of people who use them, musicians, artists, punks and queers — as well as staff from different bars around Montreal. The two-hour presentation included a discussion on stigma and shame, as well as the reality of a changing drug market, one in which fentanyl is finding its way into many different drugs.

Everyone who attended also received a Naloxone kit that Dodd made for the event. Naloxone is a drug that attacks the opioid receptors in the brain that can quickly reverse the effects of an overdose. It comes in many forms but in Canada the most common method is through a syringe. After injecting Naloxone people need to perform CPR and are also encouraged, if they are comfortable with it, to call 911 for further assistance.

Speaking to Exclaim!, Dodd says she found doing the workshop for the punk community "incredibly moving and healing," adding, "I just felt really proud of that space and also just so happy that people want to look out for each other."

A common message from health organizations and drug safety advocates is that people shouldn't use drugs, especially opioids, alone. But because of the stigma around certain drugs, specifically opioids, many people feel they have no choice. "We do have the power in our own communities to take control of some of this," Dodd says.

Waiting for public health policy to catch up to the growing number of overdose deaths isn't a luxury underground music scenes have, given how many people are dying. "We have to take it upon ourselves," Dodd adds. "We have to be responsible for each other." Naloxone kits were handed out at La Sala Rossa.


Similar to Montreal, Vancouver punks are taking a direct role in educating and preparing their communities for the possibility of an overdose.

Lindsay Kasting and Megan Speers both live in Vancouver's notorious Downtown Eastside, where they play in bands and promote punk shows. They said they started organizing overdose prevention workshops because casual users in the punk scene might not feel comfortable accessing other programs that are largely geared towards the Downtown Eastside's street-involved population.

"If you aren't usually a part of those spaces you don't want to go to them and take up space in a zone that's not for you," Speers tells Exclaim!

Kasting and Speers both work in harm reduction in the Downtown Eastside, and they try to bring their skills from the workplace into the Vancouver punk community. "It is an absolute privilege to be able to share this information," Kasting says.

The events in Vancouver have also served to bridge a gap between different music communities — interest in their workshops increased after a member of a prominent metal band died of an overdose. 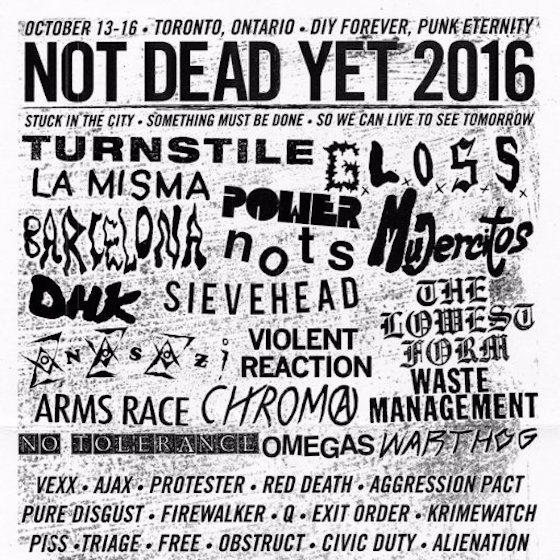 People trained in how to use Naloxone were at every show during this year's largest and longest running Canadian DIY punk fest, Toronto's Not Dead Yet. This was due largely to the efforts of Marjie Francis.

Francis says she did this because many of the people who come to Not Dead Yet are from other countries and may not be aware of the risks in Canada. Everyone who got Naloxone training at the festival came from Toronto's punk scene in some capacity — mostly band members and concertgoers who were concerned with overdose deaths.

Francis has lost a lot of people to fentanyl-related overdose, including her brother who died seven years ago and three of her close friends in the punk community over the last year. Like the punks in Vancouver and Montreal, Francis said it's important that people take these life-and-death precautions into their own hands. "No one else is going to do it for us," she says.

The international DIY punk community is just that — a community, and it's so much more than promoting shows and buying records. "You could save somebody's life, which is amazing," Francis says. 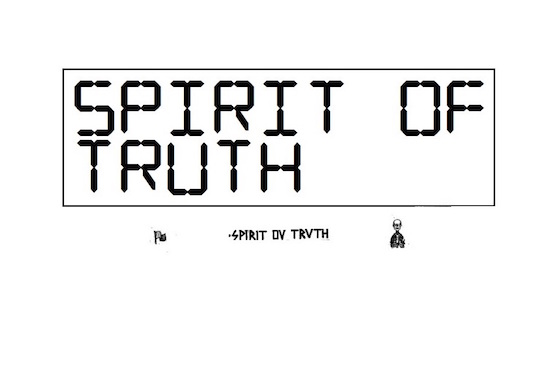 Back in Calgary, eight months after Jordy died, his close friend organized an overdose prevention workshop that took place on November 24.

Jason Scharf has been promoting shows in Calgary for over a decade with the Spirit of Truth Production Crew. Although he has no experience with drug training or overdose prevention, Scharf said he felt like he needed to do something for the community. "I'm worried about people — I would really hate to lose someone else from within our community. I'm so upset because I lost my friend and it's such a ridiculous reason."

Scharf says it was easy to organize the event. He contacted Safeworks, a harm reduction program operated by Alberta Health Services, and secured a venue.

Calgary, despite having a population more than one million, has a relatively small underground music scene. The borders between punk, metal, indie and techno all obscure; everyone knows everyone else. That's one of the reasons Jordy's death had such a profound impact on the scene — almost every person who attended Calgary punk shows was affected in some way.

Drugs are very prevalent in Calgary's music scene. According to Scharf, it's because it can be a boring place a lot of the time. Now that fentanyl is showing up in a lot of different drugs, he wants to make sure people in the music community have the resources they need to protect themselves.

The overriding parallel between all the workshops across Canada is that people are sick of seeing their friends die. They want a safe and informed community where people take care of each other and drug use isn't stigmatized. One where people can be free to be themselves and have the tools to help their peers.