By Calum Slingerland
Published Nov 24, 2020
Just over two years ago, Smashing Pumpkins frontman Billy Corgan shared plans to reissue the band's Machina albums, and even with a new album arriving later this week, Corgan has pulled back the curtain once more on the extensive reissue process.

On Instagram yesterday (November 23), Corgan shared that he was "finally" set to begin mixing and remixing material from Machina/The Machines of God and Machina II/The Friends & Enemies of Modern Music, both of which were released in 2000.

Corgan promised followers that he would share daily updates on the process using the hashtag #MachinaMixes, and today's brief finds him at work on dynamic Machina single "Stand Inside Your Love." As found with the screen grabs below, the frontman doesn't shy away from getting technical in shedding light on mix selection.

"Our choices are between a new mix from master tapes, a DAT mix (done in 99), or 2 different tape transfers of original mix (also 99)," Corgan writes. "But wait, there's a problem! We've discovered that tape transfers made from the [Machina 1] safety mixes (produced from masters in 99) were done incorrectly (as at the time we used Dolby SR — look it up). So now those have to be redone..."

He continues: "A safety, if you don't know, is just a copy of the original made for 'safety' in case anything happens to the original. The original masters were transferred by our record label over 5 years ago. So the hope is the Safety tapes, which were never played, and using new technology, would yield a better result."

The Machina box set reissue has yet to receive a release timeframe, though plans to release remastered, expanded editions of the albums were previously floated in 2011.

On vinyl, the long out-of-print Machina regularly commands three-figure sums over $200 on resale sites such as Discogs, while only 25 physical copies of the hyper-rare Machina II were ever pressed. 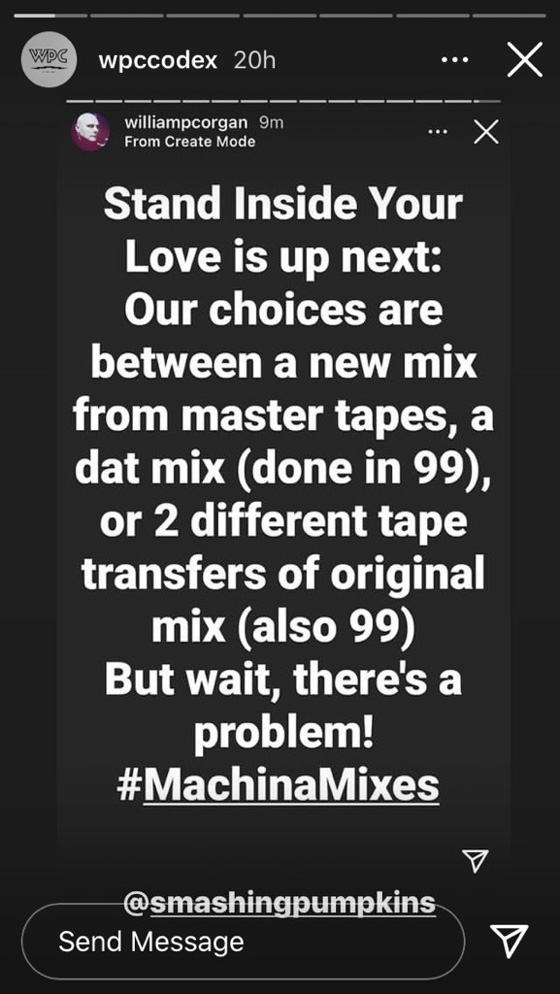 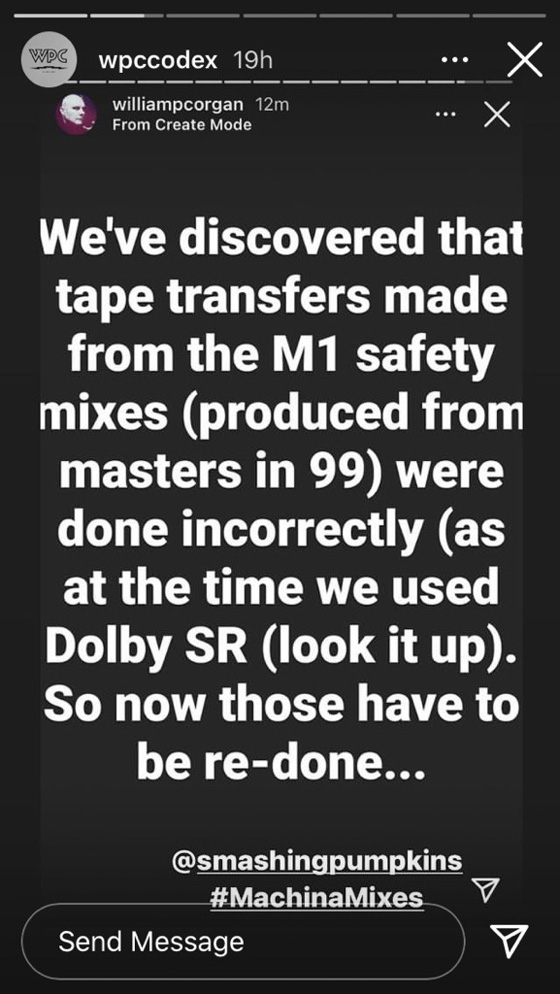 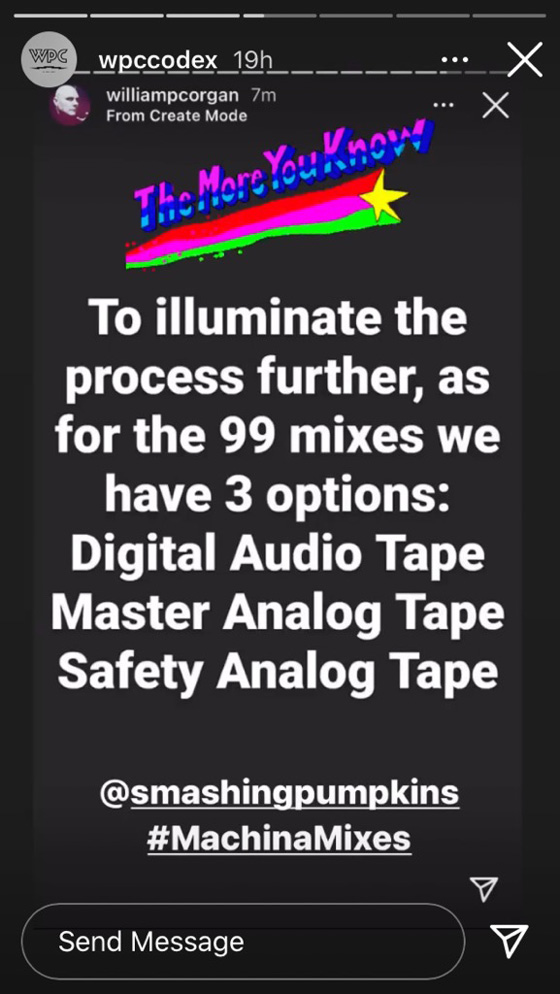 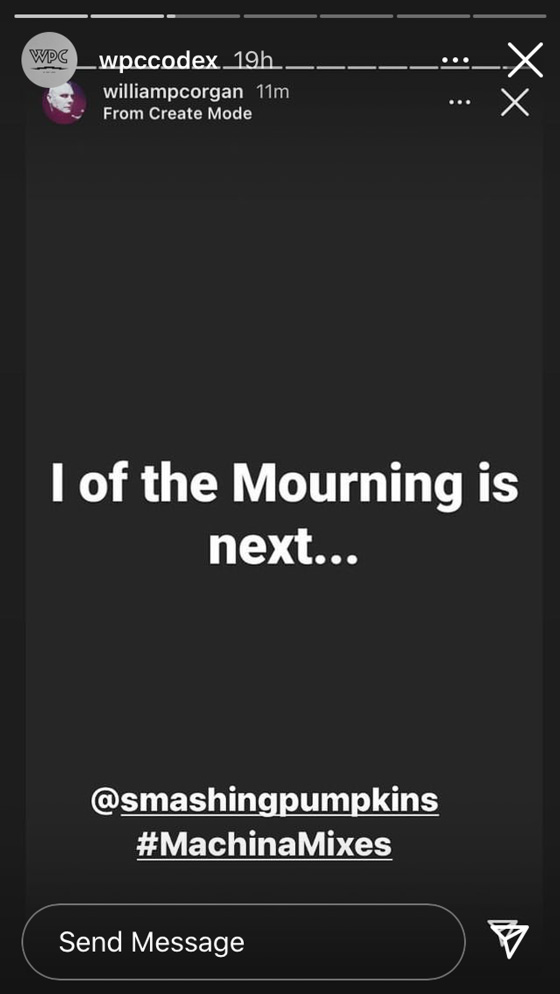 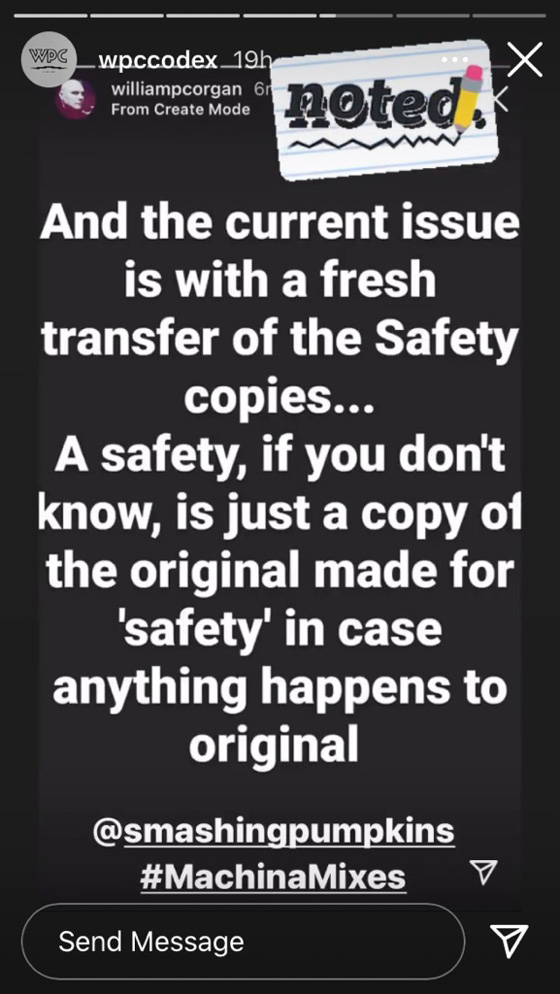 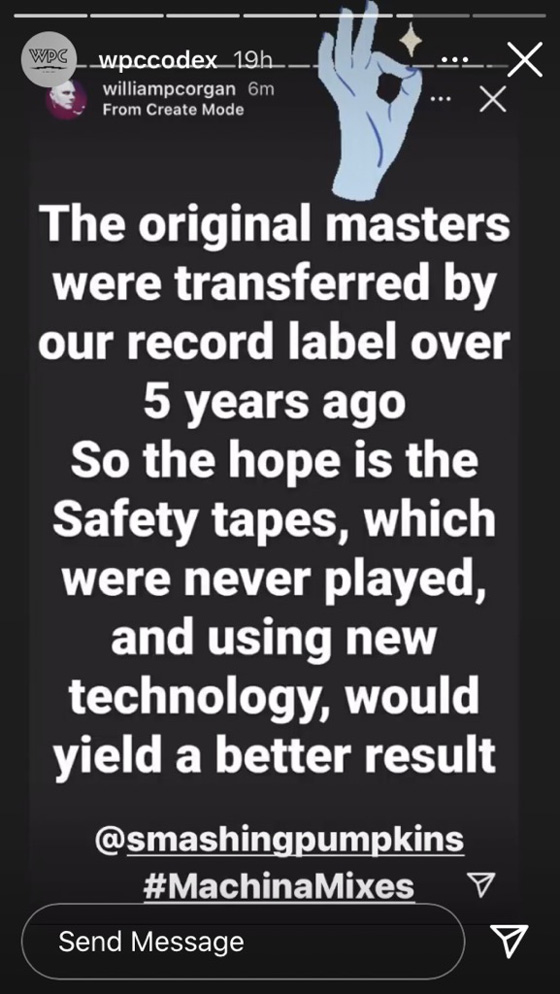