By Sarah Murphy
Published Jan 31, 2019
Ariana Grande recently revealed her "7 rings"-inspired Japanese tattoo, only to be told it actually spelled out the name of a small charcoal barbecue. The singer received advice from a Kanji translator on how to improve the tattoo — then ignored the advice and made the typo even more hilarious.

As previously reported, Grande got the Kanji letters "七輪" inked on her palm, which read as "shichirin," a type of small Japanese charcoal grill.

Consulting with her "tutor" Ayumi, Grande was told to insert the character for "finger" (指) above and in between the existing characters. Instead, Grande inked the symbol directly below the existing tattoo and added a heart symbol beside it. 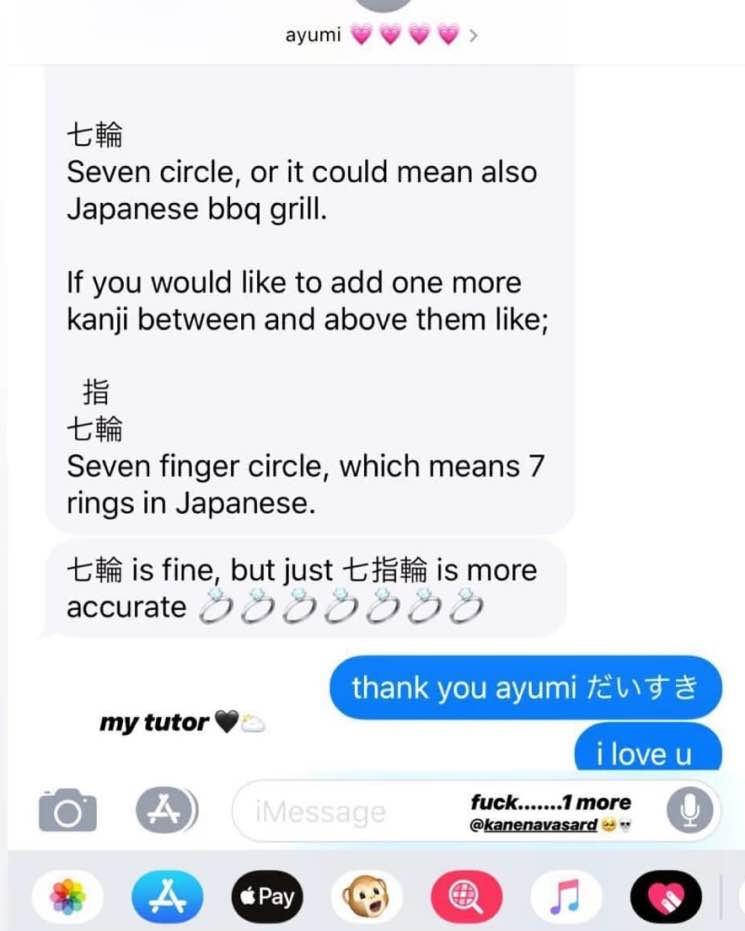 She revealed the updated tattoo in a since-deleted Instagram story, with the message, "rip tiny charcoal grill. miss u man. i actually really liked u." 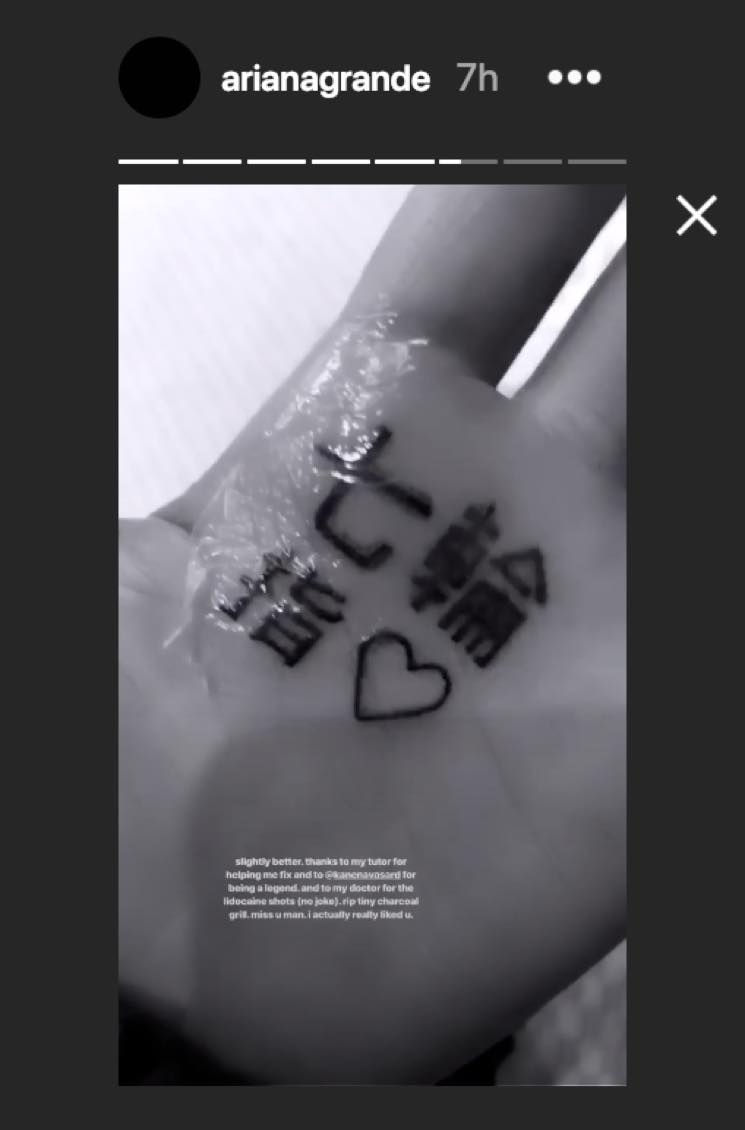 As BuzzFeed points out, because Japanese is read vertically, her tattoo should read "輪♡七指 " — but because that doesn't make sense in Japanese, it would likely be read left to right as "七輪指♡."

A lot of people are pointing it out as a painful and permanent lesson as to why cultural appropriation is a bad idea.

See some of the not-so-sympathetic reactions below.

Guys, how many times do we Asians have to tell non-Asians to stop getting Asian tats for no reason? why did she need "7 rings" in japanese and not english? like. THIS IS WHAT YOU GET.

Also she has hot dogs for a hand. https://t.co/UnuZhmom7M

My ears perk up as I sense the air shift around me, I nearly trip as I break into a full sprint across my apartment, I throw open my window with the gusto of a man escaping a burning building, and I scream to the world and God: ARIANA GRANDE IS CANCELLED https://t.co/e1ieYbfZVo

I still have a hard time understanding why ANYONE would get a tattoo in a language they don't speak/aren't connected to through heritage or even location. Literally what is the point? Y'all can defend Ariana Grande all you want but she low key dumb af

ariana grande BEEN gross the woman has practically been doing blackface for months and now she's getting dumb tattoos in japanese and putting japanese words on her merch that DON'T EVEN MATCH UP WITH what she's trying to say??? why are y'all letting this slide