By Josiah Hughes
Published Oct 14, 2013
There's no shortage of excitement surrounding the release of Arcade Fire's upcoming new album Reflektor, and more information continues to leak ever so slowly. After we got a taste of new track "Awful Sound (Oh Eurydice)," the group have now shared lyrics for four songs.

Taking to their Facebook page, the band shared images containing the lyrics to the songs "We Exist," "Here Comes the Night Time," "Normal Person" and "Afterlife." The songs generally stick well within the themes laid out by their titles, though there's plenty to analyze throughout.

The band's fans had quite a reaction on Facebook, with comments ranging from "I'm crying already" to "I think I just jizzed."

Check out all of the lyrics below. Reflektor arrives on October 29 via Merge. 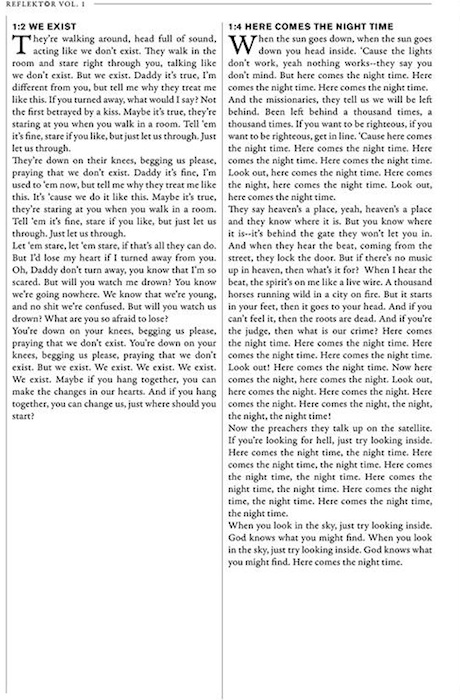 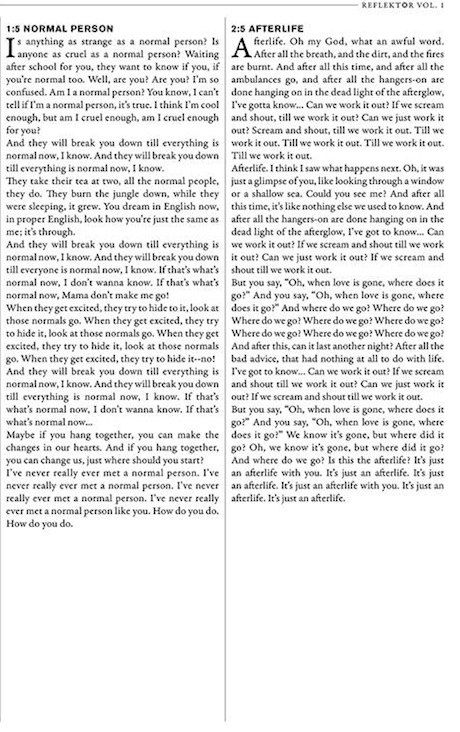