By Gregory Adams
Published Nov 14, 2013
Just this morning (November 14), we were waxing on how Arcade Fire were promoting their new Reflektor LP with a series of small shows, but the Canadian indie juggernauts have now gone ahead and announced a proper stretch of arena-bound activity.

The group laid out their plans by unveiling a tour poster, which you can see down below. They'll head out a few times in 2014, with dates running between the spring and summer months. So far, Canadian dates have been announced for Toronto and Ottawa in March, with shows in Edmonton, Calgary and Saskatoon Winnipeg to follow in August. The North American tour caps with a hometown show at Montreal's Parc Jean-Drapeau on August 30.

Down below, you'll also find the recently premiered footage of a mariachi-styled take on Reflektor's title track, which hopefully the group can pull off on some bigger stages as well. 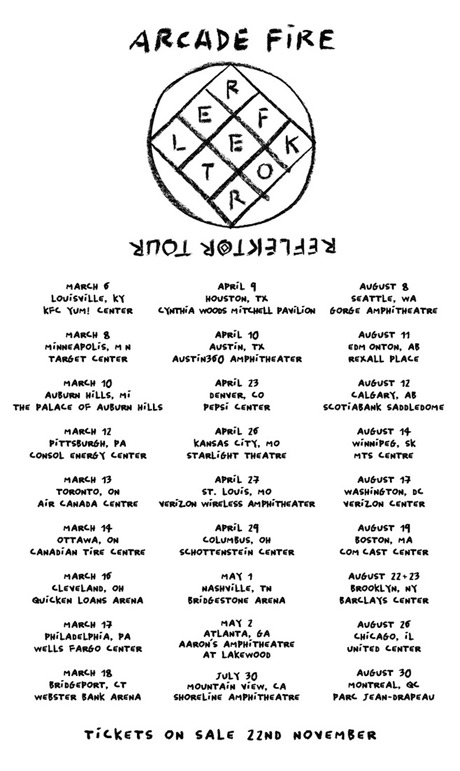