By Gregory Adams
Published May 09, 2015
More and more details have been arriving behind Harlem rap star A$AP Rocky's long-awaited, cheekily-titled At.Long.Last.A$AP LP, with the latest piece of the puzzle to be revealed being the album artwork. You can take a look at the mostly monochromatic cover art up above.

The newly surfaced artwork is a black and white close-up of the A$AP Mob member's face, slightly obscured by his ring-loaded hands. Take a closer look and you'll realize that it's actually a blend of two faces, with the top figure showing a spark of colour in the form of a purple-ish birthmark. This, as well as a tattoo of a cross on his opposing cheek, appears to be a visual tribute to A$AP Yams, the Mob member who passed away from an accidental overdose earlier this year.

Earlier this week, Rocky revealed new single "Everyday," which used a Rod Stewart-heavy sample lifted from Python Lee Jackson's 1972 song "In a Broken Dream." The new track was produced by Mark Ronson, and also features R&B singer Miguel. You'll find a stream of the single down below.

UPDATE: A$AP Rocky has now revealed an alternative version of the album cover, which you can see at the bottom of the page. 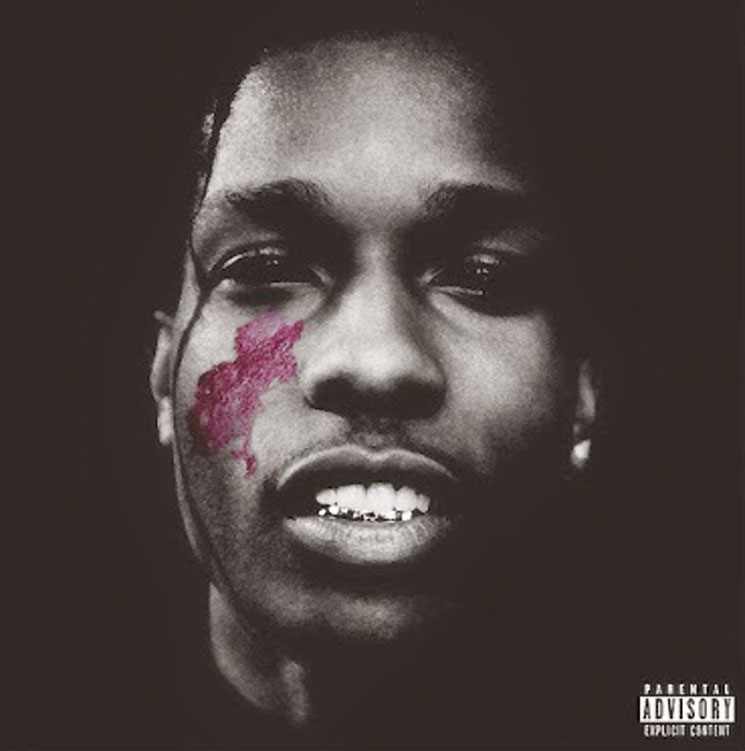