By Sarah Murphy
Published Oct 16, 2018
Taylor Swift gave visitors at the Sacramento Zoo a surprise show this weekend. Unfortunately, it wasn't the pop star on parade, but rather a one-year-old eastern bongo calf named Taylor Swift that escaped her pen.

The young antelope living out its "Wildest Dreams" was spotted by visitors before her disappearance was confirmed by staff.

The zoo then closed the front gates and moved visitors to the main entrance, and Swift was located shortly thereafter. The calf was guided back to her non-display holding area.

Zoo staff don't believe the bongo baby interacted with any human visitors during her brief stint of freedom and could not explain how she escaped her enclosure, though it's suspected she may have been spooked by high winds. There were minor cuts on the calf, but no particularly "Bad Blood," and she was otherwise unharmed.

Swift — the pop star, not the antelope — caught wind of the story and shared her reaction via an Instagram story. She posted a screenshot of an article about the calf's escape and wrote, "I feel personally invested in this story." 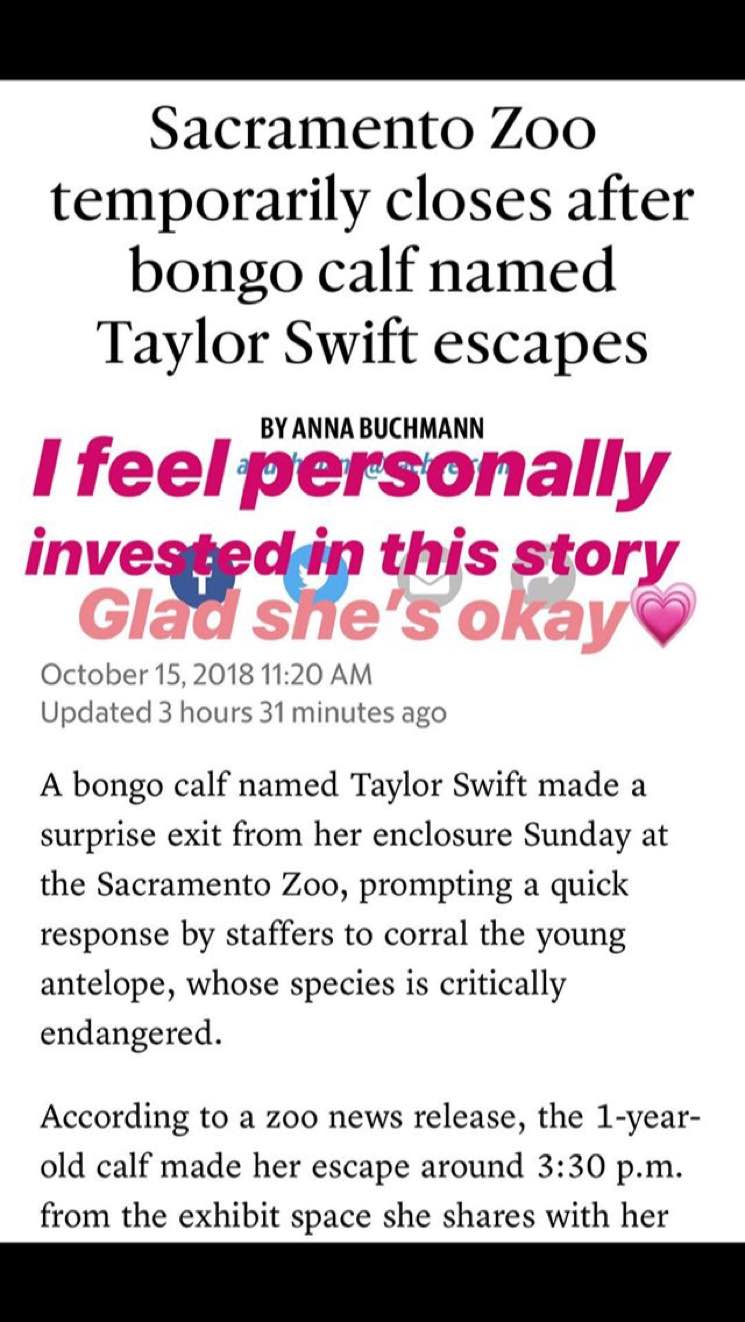 Eastern bongos are extremely rare and naturally found only in the mountains of Kenya. They are on the IUCN's list of critically endangered species.

Swift (again, the pop star, not the antelope) has publicly supported endangered animal efforts in the past. She donated proceeds from the clip to wild animal conservation efforts via the African Parks Foundation of America.