Explore How Technology Can Shape Work and Play at Toronto's Digifest

After experiencing a breakthrough in consumer markets around the globe last year, the world of virtual reality is closer to us than ever before. The most visible examples of the technology in the hands of everyday people can be seen in the gaming and entertainment industries, with giants such as Google, Samsung and Sony releasing programs and peripherals that allow users to venture from the real world into a host of virtual ones.

Of course, VR isn't only for play anymore. A number of developers taking the tech's connection to gaming to new heights will display their achievements in Toronto next month as part of Digifest, an annual conference that focuses on the future of education, creativity, entrepreneurship, gaming, and technology.

Running from April 27 to 29, Digifest will bring entrepreneurship, design and tech together under one roof. Before checking out the event for yourself, discover three local and international companies that will showcase their latest advancements in VR and technology below. 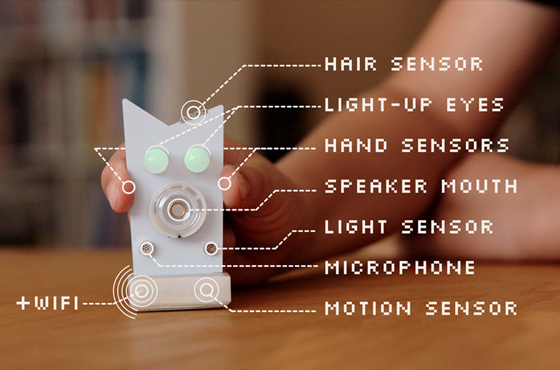 The lack of coding education in schools has been a hot button issue both in Canada and abroad these past few years, but Toronto's Little Robot Friends both teaches those increasingly valuable skills and fosters a love of technology in an enticing way. Having first launched through Kickstarter in 2013, the company allows users young and old to solder together their own battery-powered robot figure loaded with sensors, a speaker, microphone, built-in wi-fi and light-up eyes.

From there, users can make their robot truly unique with a variety of costumes and stickers, but the world of coding comes in to play in customizing the figure's expressions, communicated through light and sound. Little Robot Friends' app allows a simple drag-and-drop programming method for various actions, but users can also write new code for their unit using C/C++ language, teaching their robots to sing songs, do tricks or show custom expressions.

A wealth of commands, costumes, coding tips and more can be found on the company's website to get started as soon as you put the soldering iron down. The unit's wi-fi capabilities even allow it to respond to incoming emails or check your Twitter mentions using applet service IFTTT. 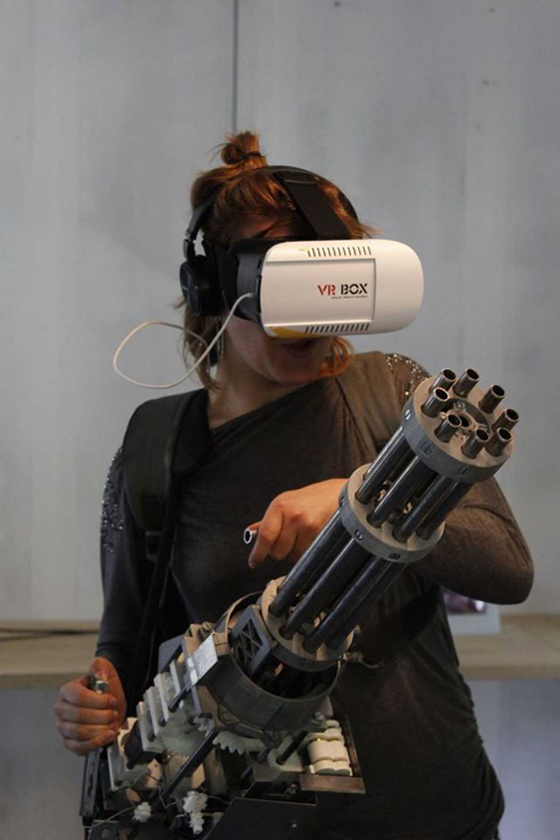 In their own words, the Cyborg Art Collective "strives for art that bridges the gap between science/philosophy and the general culture," effectively blurring the line between the user and technology of choice. The piece that the collective will be displaying at Digifest, titled The Ultimate Exhibition, does just that through the use of VR technology.

The piece makes use of both virtual and physical components, placing the user in a virtual art exhibition with the use of a VR headset. Of course, the catch is that the VR space is generated using the same game engine of classic FPS title Ultimate DOOM, while the user's real-world controller is in the shape of a serious-looking gatling gun.

Within the virtual DOS-resolution environment, all shoot-em-up aspects of DOOM are absent. Players are able to walk through the exhibition and view the pixelated art within it, but upon trying to use the large weapon they're saddled with, the virtual action translates as taking a picture with a smartphone instead of gunning down enemies.

The Ultimate Exhibition forces users to think about the disconnection of action and reaction between physical and virtual spaces. In contrast with a typical gaming controller such as a keyboard, the gatling gun requires a big action on the player's part for a small reaction, whereas its vice-versa for a player in a violent videogame to wreak havoc at the stroke of a key. The collective aims for users to become more aware of this disconnect between the real and virtual as a major takeaway.


In a video demonstrating their VR learning technologies, Toronto's Discovr Labs play a 1988 interview clip of Isaac Asimov discussing the possible effects that computers could have on learning. He feels that "the trouble with learning is that most people don't enjoy it because of the circumstances. Make it possible for them to enjoy learning, and they'll keep it up."

Discovr looks to build on Asimov's attitude by putting the student inside their subject with the world of VR. To them, learning is "more than just pushing test scores," and it goes without saying that virtual reality in classrooms could make for more engaged students who don't find it effective to pore over textbooks for hours on end.

When it comes to ancient civilizations, Discovr has partnered with historians and archaeologists to recreate a virtual tomb of King Tutankhamun that students can explore. Geography and orientation can be covered with spatial intelligence experience Brainsense, while Chem Foundations teaches chemistry basics through interacting with virtual elements.

At a postsecondary level, Discovr's MedSims suite provides training for doctors, nurses and healthcare professionals-to-be through virtual crisis scenarios, patient dealings, operations and more. The company believes that putting such necessary training in place in the virtual world would save schools both time and money in place of piecing them together in the real world.

To see the advancements of these companies firsthand, Digifest 2017 will take place from April 27 to 29 at the Corus Quay building, located on Toronto's waterfront at 25 Dockside Drive. Further information concerning a festival opening party, scheduled programming and admission fees can be found at the event website here.