By Brock Thiessen
Published Jan 09, 2019
Waxwork Records is continuing its hot streak with another new release to kick off 2019. This time, it's the deluxe soundtrack release for The Prowler, the 1981 film that stands as one of the very first American slashers.

While the film was directed by Joseph Zito (Friday the 13th Part IV: The Final Chapter) and featured special effects by horror legend Tom Savini (Friday the 13th, Creepshow, Day of the Dead), The Prowler Original Motion Picture Soundtrack was composed by Richard Einhorn. While that name may not be immediately familiar, Einhorn penned the scores to other cult horror classics such as Shock Waves and Don't Go in the House.

Here's how Waxwork describes its upcoming soundtrack for The Prowler:

The film's music by Richard Einhorn introduces the composer's departure from the primitive, monophonic synth scoring of his earlier work, and implements a blend of orchestral cues and mature electronic soundscapes. Waxwork Records worked with the composer to research and locate the master tapes that were thought to have been destroyed for decades. The tapes were restored, transferred, and the music was mixed, constructed into a cohesive soundtrack listening experience, and mastered specifically for vinyl. This special release is a must for fans of the horror genre.

As for the film itself, it focuses on a group of college students (obviously) holding a graduation dance — 35 years after a double homicide occurred in their small town. And since this is a slasher after all, they are all targeted by a masked assailant dressed in World War II G.I. fatigues, who now gets prime placement on the soundtrack cover.

This "definitive" double-LP score will feature all the music Einhorn composed for The Prowler and will be pressed on 180-gram "Army Green Swirl with Rose Petal Red Splatter." It also features new artwork by Ghoulish Gary Pullin, exclusive liner notes by director Joseph Zito and a printed insert featuring Rosemary's breakup letter.

You can see the cover art above and more product shots below.

The Prowler Original Motion Picture Soundtrack is due out via Waxwork on Friday (January 11), and you will be able to order over here. For now, you can hear "Dormitory Intruder Suite" from the soundtrack down at the bottom of the page. 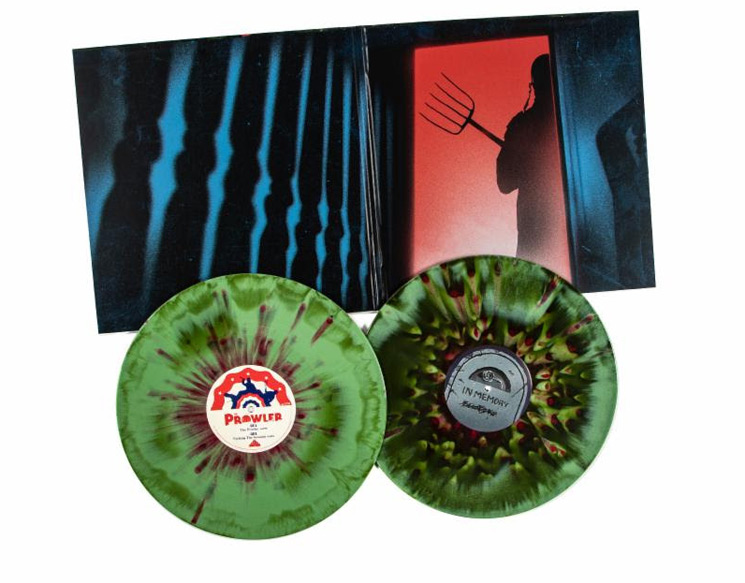 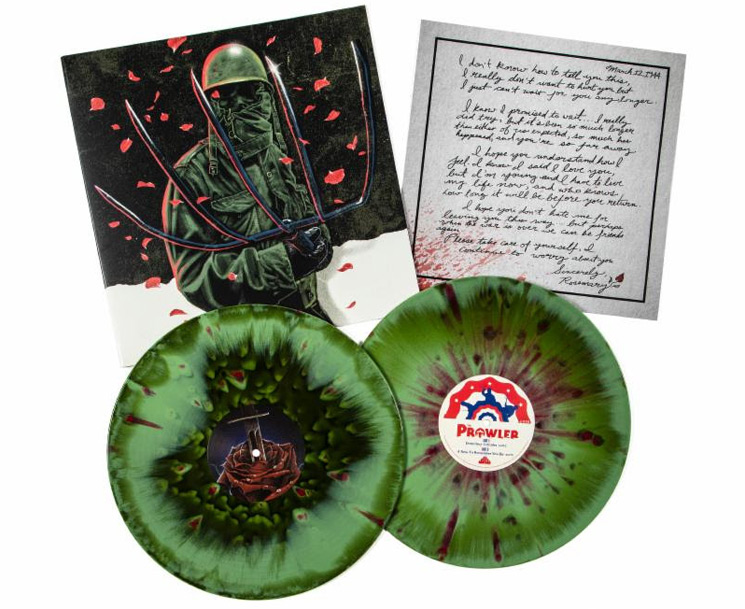