By Josiah Hughes
Published Jul 14, 2015
Rumours have circulated for years that couch-jumping golden boy Tom Cruise has considered ditching the Church of Scientology, giving up on the Bridge to Total Freedom and becoming a "suppressive person" just so he can reconnect with his estranged family members. Contrary to those ideas, however, comes a new report that Cruise is launching a $50 million Hollywood studio called Scientology Media Productions.

The news comes from the Daily Mail, who report that the studio exists on a five acre lot, where it will house two sound stages and 150,000 square feet of facilities.

Scientology Media Productions will make movies with the intent of recruiting new followers. It'll also house a 24-hour news channel to rival the likes of CNN.

On the Scientology News Facebook page, the church shared the following statement about their media production company:

The global media center that will revolutionize the Church's communications footprint throughout the print, broadcast, and internet media worlds as a state-of-the-art hub helping beam Scientology's message all over the globe.

The world population of 7 billion is growing by more than 250,000 daily. With 3,000 opportunities to reach each person on any given day, the technological power to reach out exists at unprecedented orders of magnitude.

Scientology Media Productions is the emphatic answer to that most vital question of how we will in fact catapult into the next dimension. When this new property opens, we will be capable of reaching virtually every person on Earth.

The only question is, how soon until they remake Battlefield Earth? Check out an image of the studio's newsroom below. 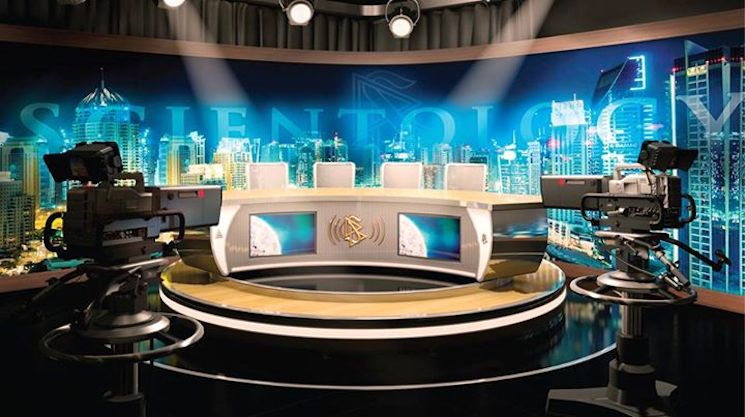