By Josiah Hughes
Published Nov 04, 2015
Earlier this year, Harry Potter fans rejoiced over the news that J.K. Rowling's Fantastic Beasts and Where to Find Them was being adapted for the big screen, with Eddie Redmayne in the lead role. It's still a full year before the film comes out, but today we get our first taste with an official photo.

Redmayne appears as Newt Scamander on the cover of the new issue of Entertainment Weekly. You'll see him in onset in full garb below, where you'll also find a whole series of shots from the film. 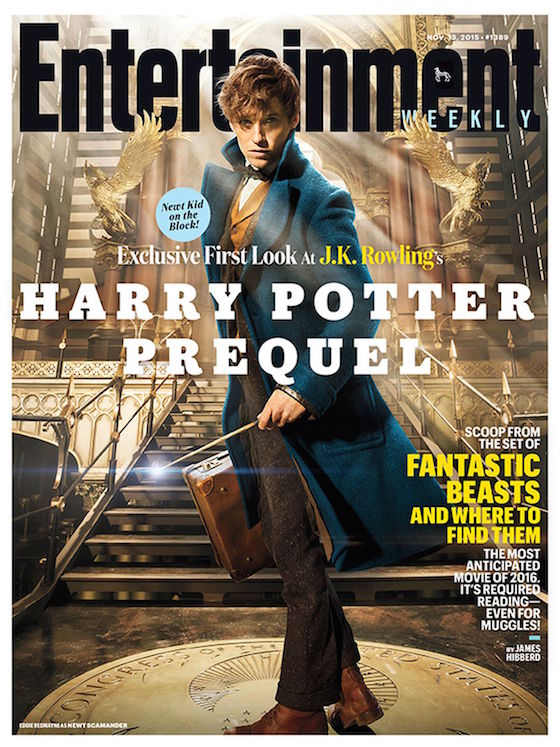 Fantastic Beasts and Where to Find Them is the first time that Rowling has written her own screenplay adaptation. The film is being directed by David Yates and will costar Katherine Waterston as Tina.