By Brock Thiessen
Published Apr 02, 2019
Recent years have seen a spurt of reissues honouring Popol Vuh, but now the meditative Krautrock group are being treated to their very own box set.

The sprawling set is called Essential Collection Vol. 1, and it's set to arrive on May 3 via BMG.

As that title suggests, the box set focuses on the early years of Florian Fricke's Popol Vuh project. This means the box set includes the group's Affenstunde (1970), Hosianna Mantra (1972) and Einsjäger & Siebenjäger (1974), as well as their classic soundtracks to the Werner Herzog films Aguirre (1975) and Nosferatu (1978), the latter of which will arrive as a double-LP.

This amounts to six vinyl LPs, all of which have been remastered by Popol Vuh members Guido Hieronymus and Frank Fiedler.

Each record will be pressed on 180-gram vinyl, and according to a press release, they will feature bonus tracks. The outer box is spot varnished, and the set come with a six-page insert and two band posters. Sleeve notes come courtesy of Klaus Schulze, Werner Herzog, Gerd Augustin, Manfred Gillig-Degrave and Michael Fuchs-Gamböck.

The vinyl box set is limited to 350 copies, and you can get a better idea what it looks like below.

In addition to the vinyl box set, digipak CDs of each of the albums with the remastered audio and bonus tracks will arrive separately though not as a box set. 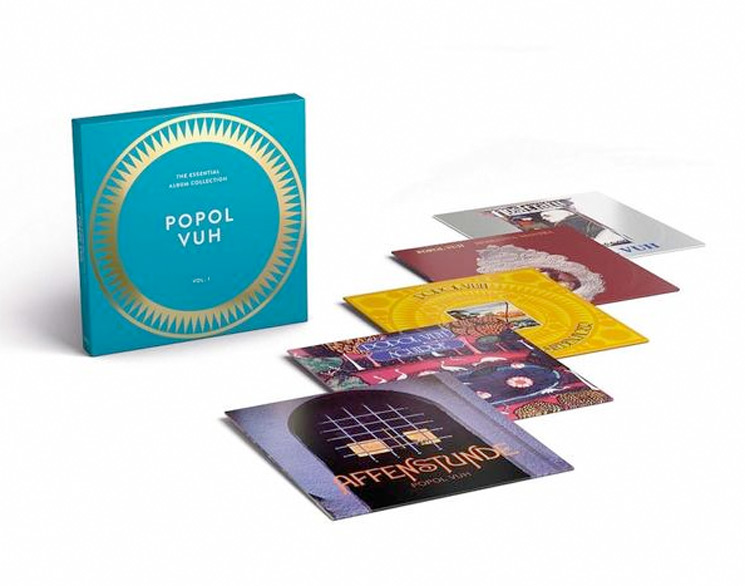