By Josiah Hughes
Published Jun 09, 2016
Although it's the sort of proclamation that'll have you pegged as an elitist, there's no denying its truth: The majority of people have awful fucking taste. Don't believe us? Earlier this year, we learned that Adam Sandler's long, racist cowboy movie The Ridiculous Six was reportedly Netflix's most popular movie ever. As if that wasn't enough to keep you up at night, here's something even scarier. According to one poll, Fuller House might be the most popular television series of the year.

Netflix notoriously avoids releasing its own numbers, making their programming decisions shrouded in mystery. That said, Indiewire reports that a company called Symphony Advanced Media has been using its own methodology to determine Netflix's numbers, and if they're to be believed the numbers for Fuller House are absolutely bonkers.

According to Symphony, the show averaged 14.4 million viewers per episode in the coveted 18-49 demographic within the first 35 days of its release. If we were using standard TV viewer ratings, that would mean it had a 10.4 — and that it beat out The Walking Dead, Empire, Game of Thrones and everything else being broadcast on television. Yes, people can't get enough of these soulless suburban monsters and their live audience's endless cackling. How rude.

Netflix has already ordered a second season of Fuller House, suggesting that whether or not these numbers are correct, the show was certainly a success.

Rather than release hard numbers about their viewership, the organization has just passed out an infographic showing what kinds of shows people are binge-watching and what kinds they're slowly savouring. You can view the infographic below. 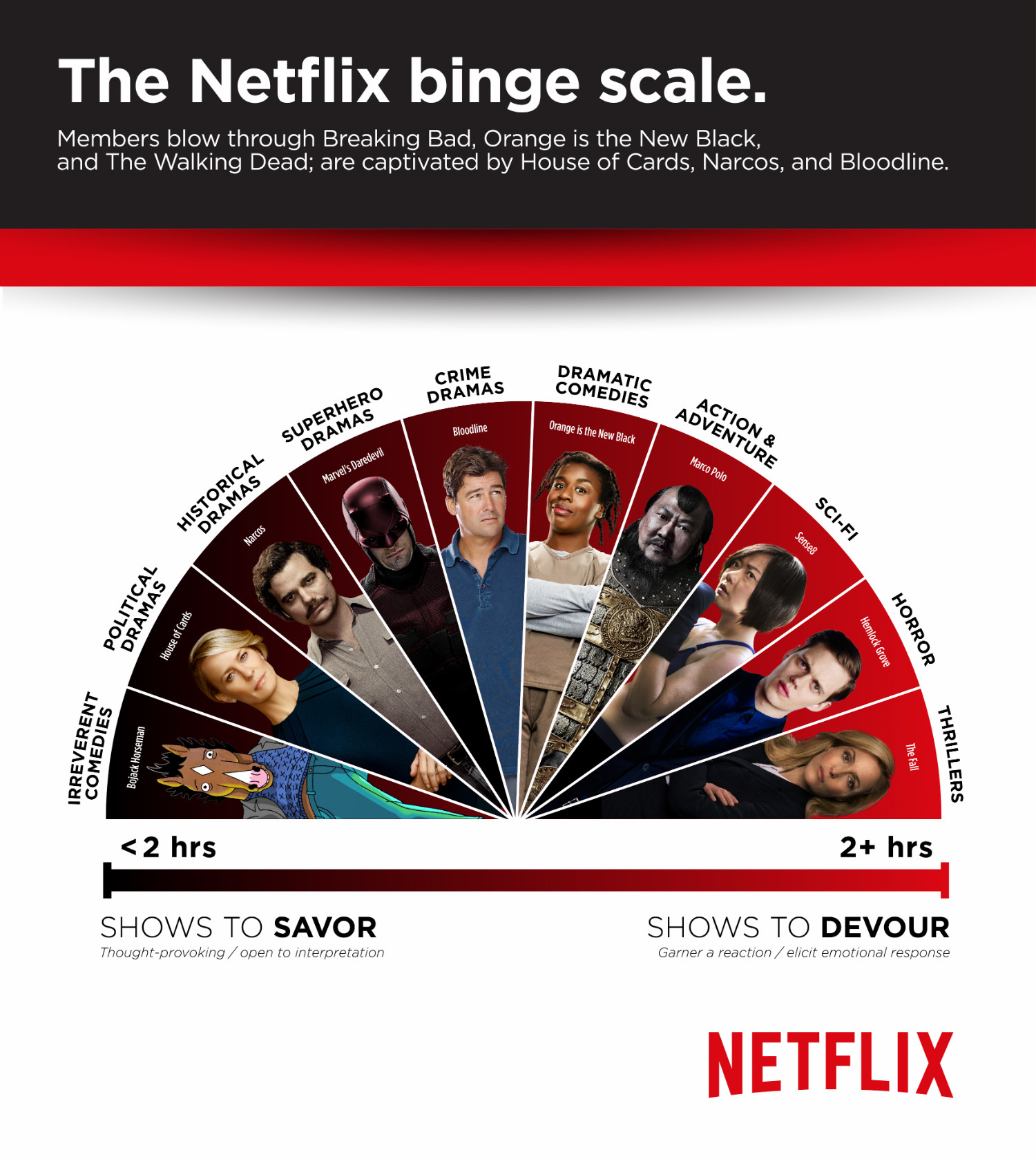