By Josiah Hughes
Published Feb 23, 2017
Earlier this week, British retailer Primark came under fire for selling a Walking Dead T-shirt that some considered offensive. Though it was a reference to the show's Season 6 finale, the shirt's violent imagery combined with the phrase "Eeny Meeny Miny Moe" (a children's rhyme that once featured the N-word) was so controversial that Primark pulled the item from its store. Now, the show's own Jeffrey Dean Morgan has weighed in.

Morgan, whose character Negan is responsible for the "Eeny Meeny Miny Moe" scene on the show, did not mince words when he tweeted about the controversy. "Holy crap people are stupid," he wrote.

As previously reported, a man named Ian Lucruft spoke out against the Primark shirt to the Sheffield Star.

"We were shocked when we came face to face with a new T-shirt with a racially explicit graphic and text," Lucruft said. "It was fantastically offensive and I can only assume that no-one in the process of ordering it knew what they were doing, or were aware of its subliminal messages.

"The graphic has a large American baseball bat, wrapped round with barbed wire, and covered with blood. This image relates directly to the practice of assaulting black people in America. It is directly threatening of a racist assault, and if I were black and were faced by a wearer I would know just where I stood."

Primark has discontinued sales of the shirt, which you can view below. It's still available from other retailers around the world. 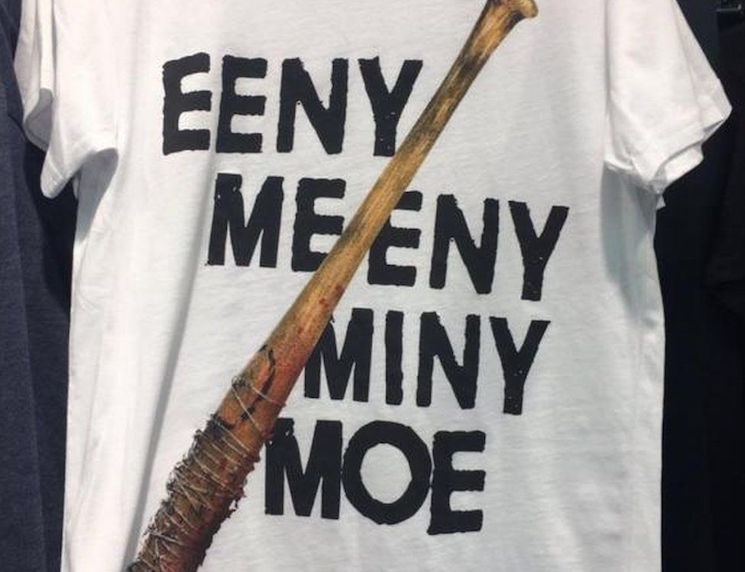