By James Keast
Published Dec 21, 2016
Nothing prompts option anxiety like scrolling through the Netflix queue in search of inspiration, especially when it comes to the plethora of standup comedy specials available on the streaming service — we know, we're reviewing every single special on Netflix Canada. That's why we can confidently recommend these 11 standup comedy specials — and warn you which ones to avoid. 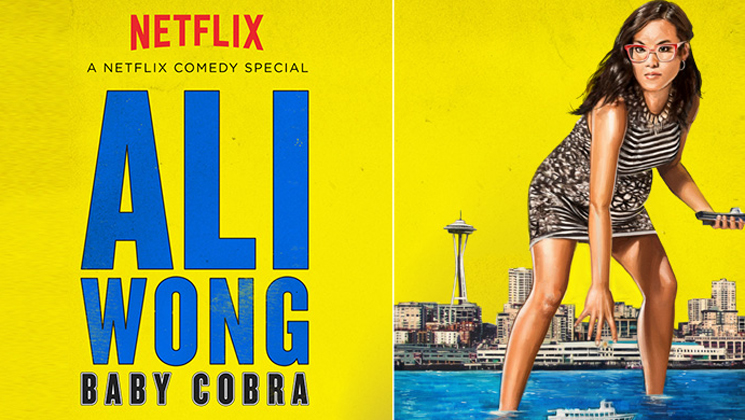 Ali Wong
Baby Cobra
Courtney Baird-Lew writes: "Ali Wong, a five-foot-nothing, Asian-American woman from San Francisco, recorded this special while seven-and-a-half months pregnant. Armed with jokes about vaginal discharge and the burden of using public bathrooms, Wong's standup is a well-timed, well-thought-out tour de force. And while her jokes do centre on the bathroom and/or bedroom jokes that we love, she does so from the perspective of a wife and soon-to-be mother." 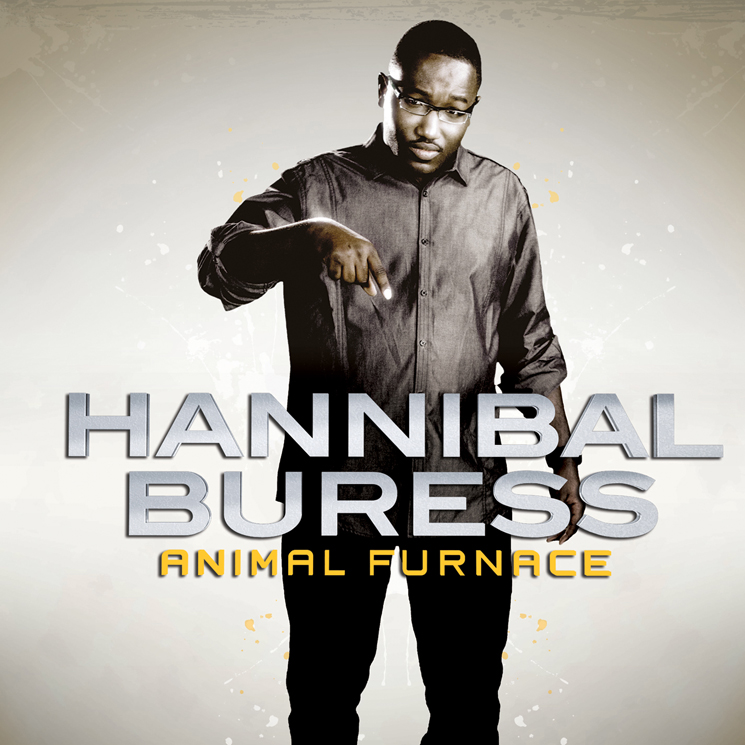 Hannibal Buress
Animal Furnace
While Buress has several acclaimed specials available, including Comedy Camisado, Hannibal Takes Edinburgh and Live From Chicago, we chose this 2012 offering as the perfect introduction.
Daniel Sylvester writes: "On his second special, 2012's Animal Furnace, Buress makes the transformation from quirky alt-jokester to socially-aware storyteller. But when Buress talks about race relations (in a hilarious bit where he reads a review of one of his college performances that claims he brought diversity to the school), sexual politics (contemplating reporting "an unreported case of sexual assault") and racial profiling (his not-so-typical piece about going through airport security), he never sounds preachy or partisan, as he delivers these bits with the same charming likability as his inaner material, like meeting Jimmy Carter (for the former President's sake) and Odd Future's increasingly reasonable lyrics, ('Kill people, burn shit, fuck school')." 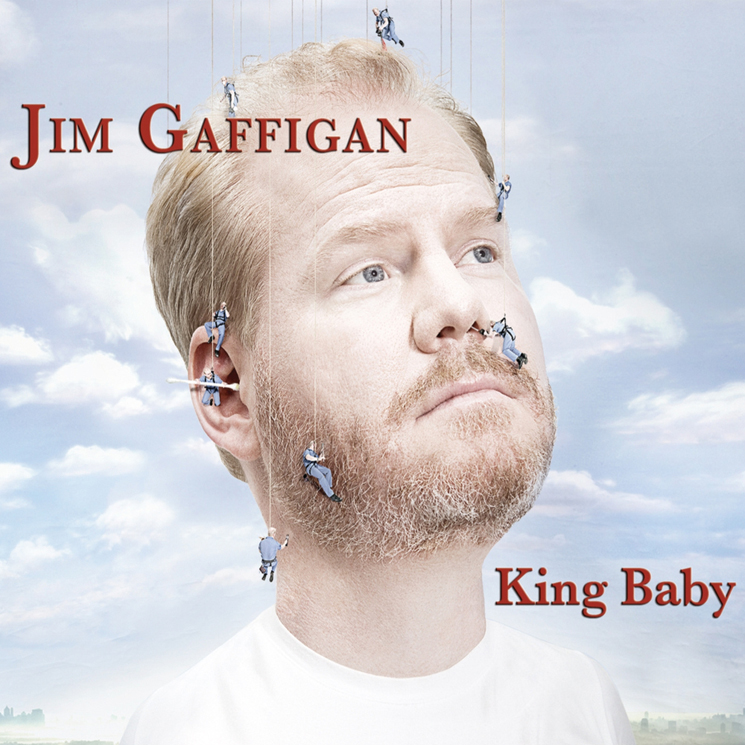 Jim Gaffigan
King Baby
Another comedy titan with several acclaimed specials to choose from — including Obsessed and Beyond the Pale — the choice fell between Mr. Universe (as Julianna Romanyk argued: "Everyone has their own McDonald's" is the best joke Gaffigan has ever done") or this one.
James Ostime writes: "Jim Gaffigan's humour is observational, but never in the hacky, 'Did you ever notice…' style common to his contemporaries. He truly wrings humour from topics as far reaching as the guy who doesn't stand still to enjoy an escalator ('This thing is free! You don't need a ticket!') to the spelling and pronunciation disconnect inherent to the word 'bologna' and the strangeness of wearing a new brand of deodorant ('Am I being followed?... By a pine tree?')." 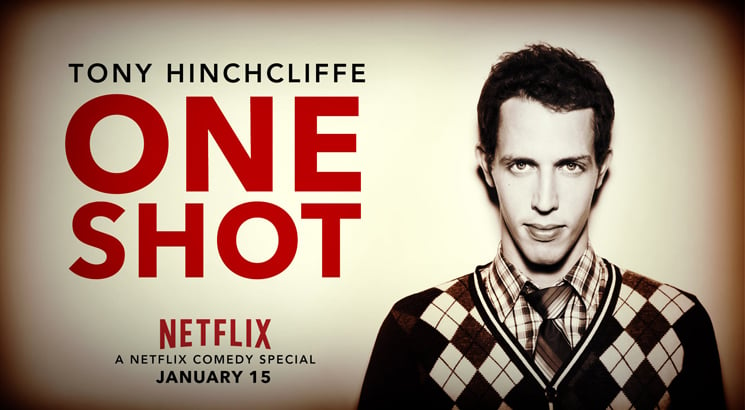 Tony Hinchcliffe
One Shot
Blake Morneau writes: "The ability to write and deliver a strong, biting joke without coming across like a mean, hateful person is a rare thing. It separates great comedians from mediocre ones and with One Shot, Tony Hinchcliffe proves that he is, at only 30, a great comedian. Throughout his first hour special, Hinchliffe splits the difference between silly and cutting, slowly building layer upon layer in a way that allows him to go further from tasteful while keeping the audience on his side. Shot in one rich, dynamic take — no cuts or edits — One Shot is a masterful debut hour from a young, unassuming, stone-cold joke killer." 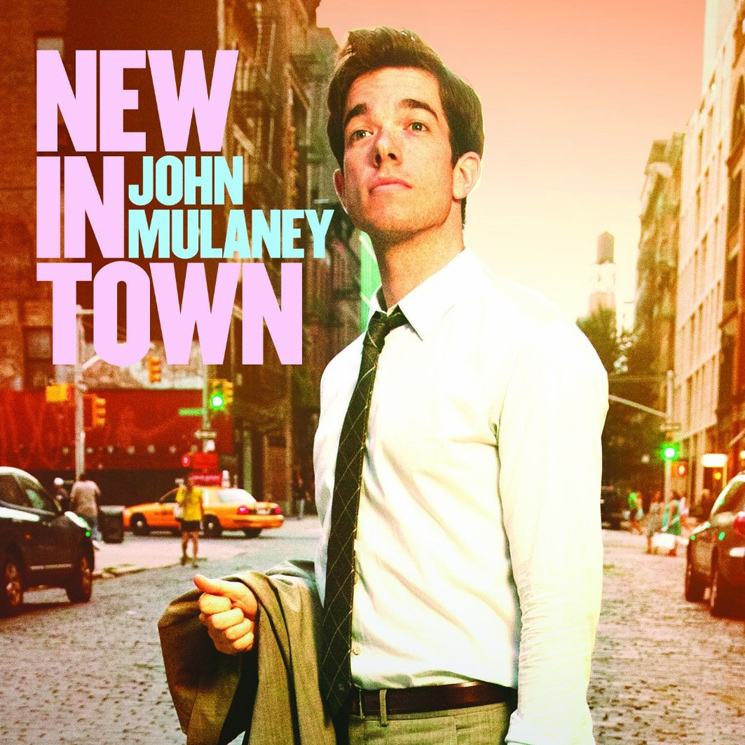 John Mulaney
New In Town
Mackenzie Herd writes: "The way he presents his position in society is like that of an adolescent that is sharp enough to understand what is taking place around him, but too removed to do anything but ridicule it. And while Mulaney is fairly young (28 at the time of filming), he commands the stage with the confidence of a seasoned veteran, armed with a quick wit and outfitted in a crisp grey suit that he admits makes him look like a tall, tired child going to his first communion." 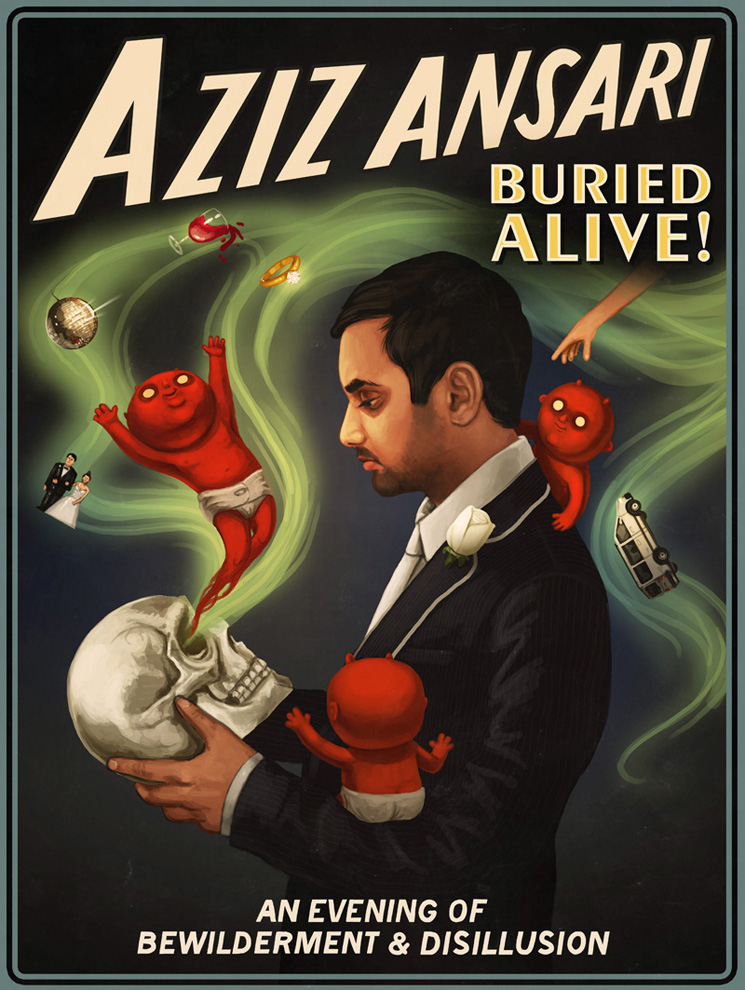 Aziz Ansari
Buried Alive
Another prolific comic with several available specials, Ansari may be too busy with Master of None to continue his standup pace, so you should check out Intimate Moments for a Sensual Evening, Dangerously Delicious, Live at Madison Square Garden or this tour de force.
Mirali Almaula writes: "Ansari has a wonderful talent for conjuring ridiculous scenarios and characters, providing just enough detail to make each situation vivid, yet effortless to follow while his act-outs run seamlessly through the narrative of each joke. Ansari's energy and boyish charm make Buried Alive's focus on kid-related jokes especially engaging, as he represents a range of characters on the spectrum from cute to shitty children."