By Josiah Hughes
Published Oct 03, 2018
Celebrity interviews are often little more than puff pieces intended to make the subject look as flattering as possible — that's also why they're often so boring. EgyptAir have seemingly solved the problem with their in-flight magazine, however. The secret? You just make up all of the quotes yourself.

The magazine featured a so-called interview with Drew Barrymore in their latest issue, but it features some truly baffling quotes and one-liners from the veteran star.

But first, there's the intro:

Despite being unstable in her relationships most of her life, despite the several unsuccessful marriages and despite the busy life of stardom that dominated her life for several years; the beautiful American Hollywood actress Drew Barrymore has recently decided to temporary take an unlimited vacation to play her most crucial role as a mother.

It only gets stranger from there. Discussing life as a mother, she supposedly said, "The truth is that I used to be very enthusiastic and nervous; but I found myself sympathizing with Olive and Frankie and potentially tolerating their endless questions as if I am growing a small plant waiting for its ripe delicious fruits after a few years."

She supposedly added that her children have a surprising grasp on modern global politics. "Despite their young ages that do not exceed 5 years, they know the name of the American President, the names of Presidents and Kings of some major countries and the names of several substantial figures in the political scene." That's just classic Drew Barrymore, right there!

Despite the article being written in Barrymore's unmistakable voice, many questioned whether it was actually an interview with her. In fact, a spokesperson told HuffPost that she didn't participate in the interview at all.

EgyptAir disagreed, doubling down in defending that the interview was legit. They claim it was written by the head of the Hollywood Foreign Press Association:

Dear sir, this a professional magazine interview conducted by Dr. Aida Tekla Former president of the HFPA (Hollywood Foreign Press Association) and one of the voting members of the Golden Globes.


They also shared a clarification from an account with 18 followers that claims to be the author of the profile:

As a member of the HFPA since 1956, I have been a correspondent for many publications for decades
I interviewed celebrities published in Egypt Air's official magazine; Horus, as well as Nisfdunia magazine, which is one of the publications of Al Ahram.(continued)@EGYPTAIR

It is noted that the previously mentioned publications are authorized to edit the final version of the interviews, according to adjustments required by the magazines in regards to size of the article without altering the core of the content... (continued) @EGYPTAIR

This doesn't negate the fact that the interview with Drew Barrimoor which took place in New York is genuine &far from fake.
As far as Drew we interviewed her several times I saw her grow up before my eyes she is charming and talented.@EGYPTAIR


Whether it's real or not, you can read excerpts from the strangest celebrity profile of all time below courtesy of Adam Baron. 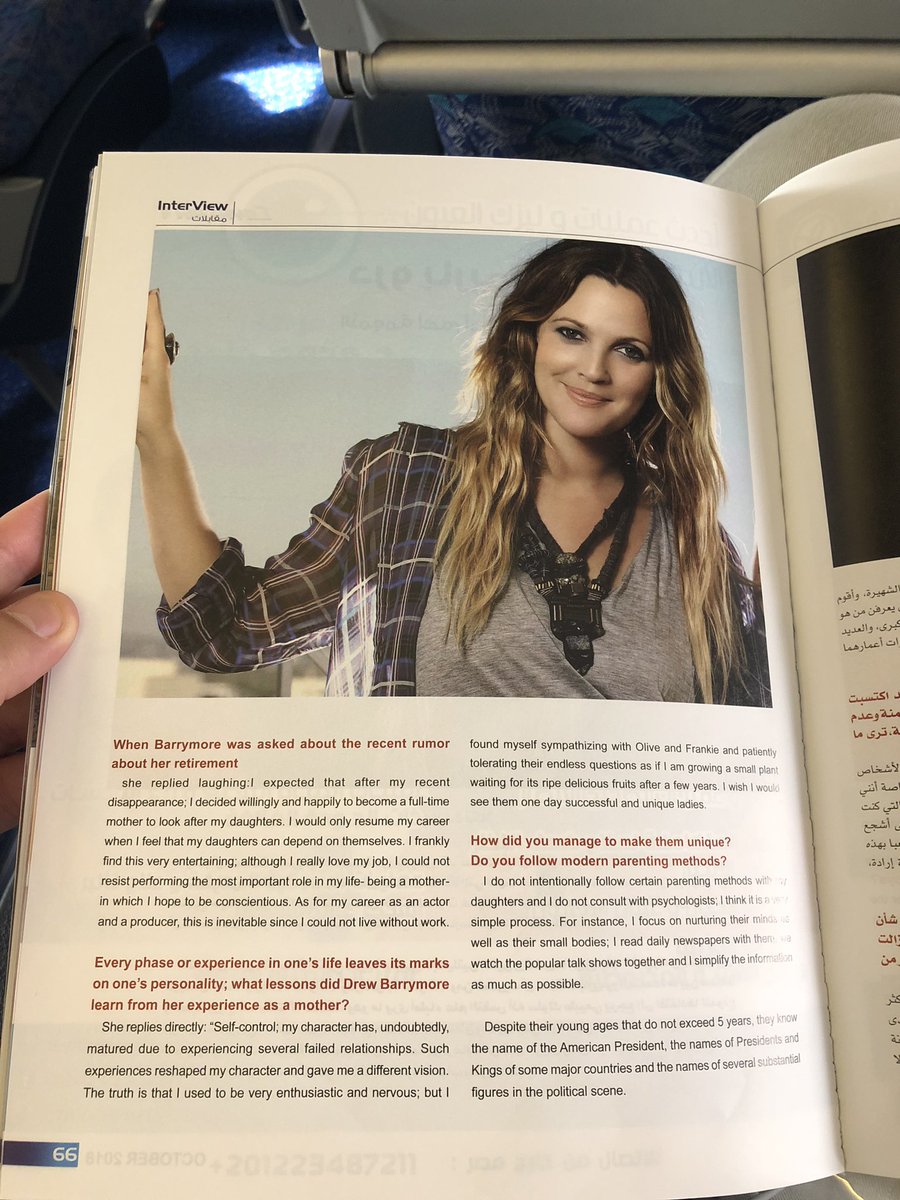 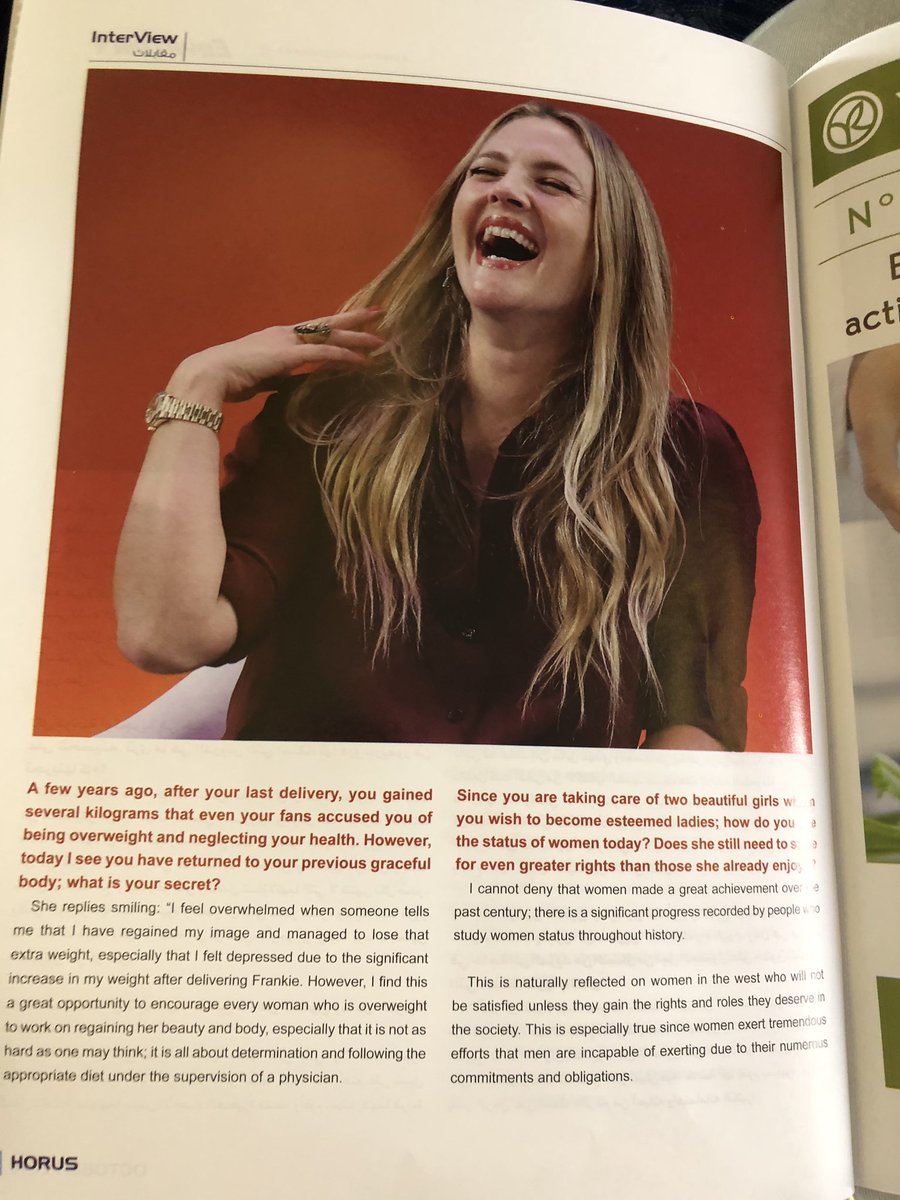