Louis C.K. Is Premiering a Brand New Movie at TIFF

He's also set to play himself on 'Family Guy'

By Josiah Hughes
Published Aug 15, 2017
We recently learned that Louis C.K. was most likely done with his hit FX comedy Louie, but that doesn't mean he's not plenty busy. The comedian, writer and director has plenty of projects on his plate, including some that he's held under wraps for a while. Take, for example, a brand new film called I Love You, Daddy.

I Love You, Daddy was shot on 35mm film.

On the other end of the cultural spectrum, C.K. has booked a role on the upcoming season of Family Guy, where he'll play himself. You can see a still of his visit to Quahog below, courtesy of Entertainment Weekly. 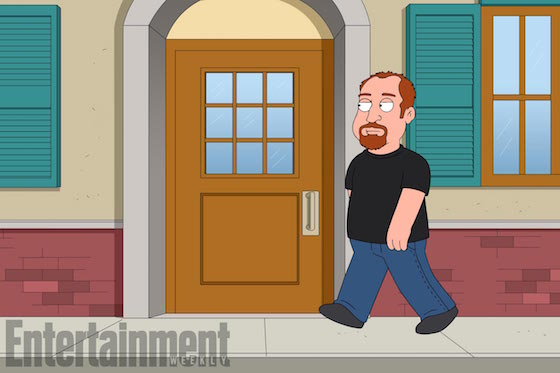