By Josiah Hughes
Published May 20, 2019
How big of a Drake fan are you? Are you willing to prove your commitment by shelling out thousands and thousands of dollars for a Hilroy notebook that belonged to the rapper when he was still in school?

As TMZ reports, the Moments in Time auction company is selling off a notebook that belonged to Drake around the year 2000, when he would have been 13 or 14. The book is listed at $35,000 USD.

Hilariously, the book includes the lyrics to a song called "Smell Pussy" that includes lines like, "Sholman's a pussy / Johnny's a snitch / You and Rosenblatt are like Abercrombie and Bitch."

The book also reveals Drake's obsession with the gatored-up clothing brand Lacoste. In addition to a Lacoste sticker on the cover, he writes about buying a jacket for $171 and lists another Lacoste shirt as one of his "must-haves." Further making it era-appropriate, he's also written down something about a Von Dutch hat.

Read the lyrics for "Smell Pussy," as well as Drake's list of "must-haves," below via TMZ.

As previously reported, another one of Drake's old notebook sold at auction back in 2018. 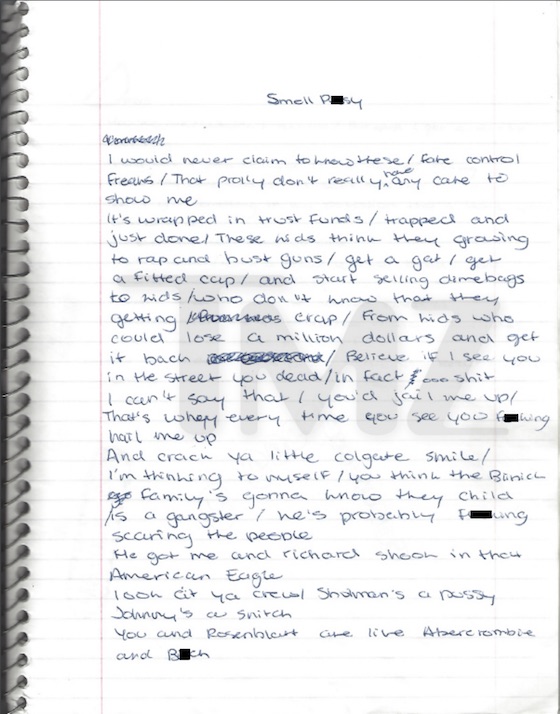 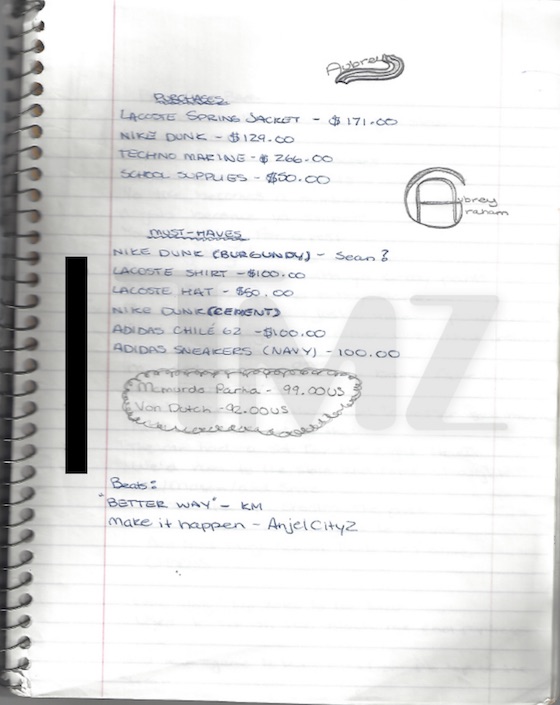