The band were performing on stage at Madison Square Garden in New York City, and a government employee attending the show attempted to share a part of the set using the embeddable live streaming app Periscope. In a professionally unfortunate (but awesome in every other way) turn of events, the employee sent the clip out into cyberspace while logged in to the provincial government's account.

The video clip was broadcast for approximately two minutes before the mix-up was noticed and the tweet removed. A government spokeswoman confirmed [via CBC] that the incident was a mistake.

It appears that the Nova Scotia government's social media team has since moved beyond their brief foray into goth-pop fandom and returned to business as usual, but an ever-ready Reddit user managed to snap a screenshot of the delightful Twitter foible before it was wiped. Check it out below. 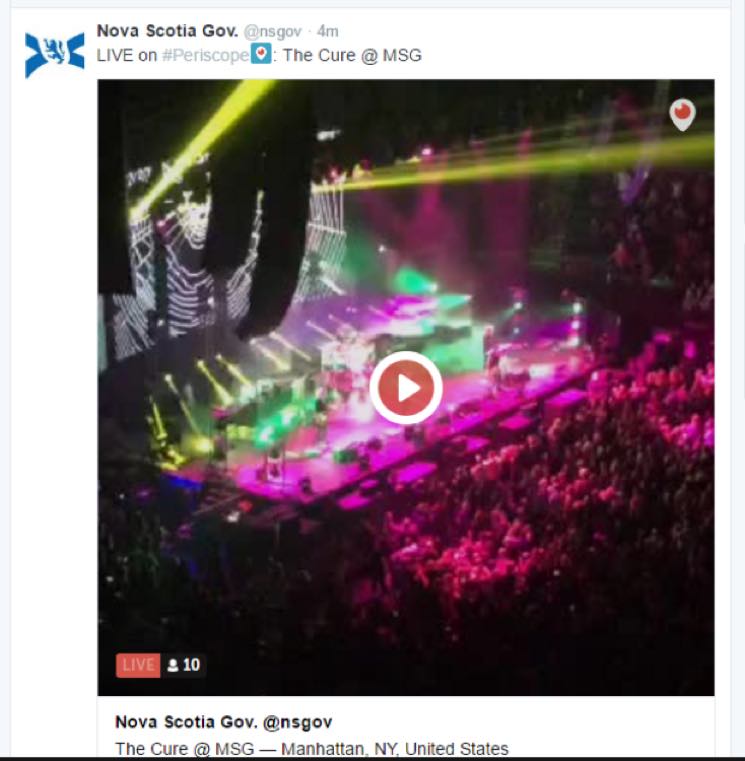 The band are currently in the midst of a North American tour, and the full list of remaining dates can be found here.