By Sarah Murphy
Published Jun 06, 2017
Long-running indie folk outfit the Acorn released their latest LP Vieux Loup in 2015, but before we get a follow-up record, the band will be celebrating some older material. This year marks a decade since 2007's Glory Hope Mountain initially arrived, and the band are marking the occasion with a special 10th anniversary release.

A limited-edition reissue of the album recently arrived in Canada via Paper Bag Records (with international release set for June 9), alongside a brand new eight-page companion booklet that takes listeners deeper into narrative that originally inspired the album.

The songs sprang out of interviews that bandleader Rolf-Carlos Klausener conducted with his mother, Gloria Esperanza Montoya, about her childhood experiences of immigration as a Honduran refugee. The interviews took place in 2006, but for the new book project, Klausener expanded his research, retracing his mother's steps and visiting the Montreal women's shelter she once lived in to engage in additional conversations.

"This is the final piece of the project I wish had been there from the start," Klausener says. "Although you can glean a lot about Gloria's story from the album in a metaphorical/dream-like way, I think the stories that inspired them are awe-inspiring as is, and don't really need any embellishment. I just got back in her head, and did my best to them justice."

Get a glimpse at the new book below. 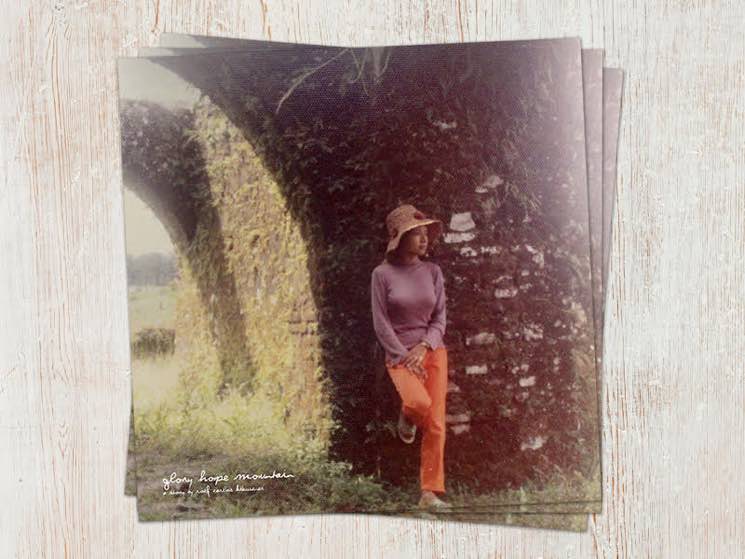 In addition to the reissue and book, the Acorn have also shared a brand new video for "Oh Napoleon" from Glory Hope Mountain. The song tells a tragic story of a young girl who is moved from a foster home to her father's farm, where she is subjected to abuse and neglect, before fighting back and running away.

"I'd always wanted a video for this song," Klausener explains. "It's probably the darkest song on the record, and needed a really mindful treatment to be able to tell the story in a respectful way."

To help tell the story, the band enlisted Toronto-based illustrator Emily Jeffers. See the results of their creative collaboration below.

The 10th anniversary version of Glory Hope Mountain is available digitally here, while the 100 limited-edition vinyl copies are up for grabs over here.