By Calum Slingerland
Published Apr 26, 2017
Sadler's Wells' Breakin' Convention showcase has been putting the best in hip-hop dance theatre on stages around the UK since 2004, and organizers have now revealed the national acts who will perform at the festival's Canadian premiere in Toronto.

The event is set to take place from June 23 and 24 at Toronto's Sony Centre for the Performing Arts and June 25 at David Pecaut Square, in association with Luminato. Curated and hosted by UK hip-hop pioneer Jonzi D and Toronto's Judi Lopez, headlining performances are set to come from Montreal's Juxtapose, LockUnity and Tentacle Tribe, along with Canadian/Australian duo RoyaLazyness.

The Canadian companies will be sharing the stage from June 23 to 25 with international performers including South Korean B-boy squad Just Dance, South Africa's Soweto Skeleton Movers and the UK's BirdGang Dance Company.

On June 23 and 24 at the Sony Centre, you can also expect graffiti exhibits, free-style dance jams, workshops and DJs during pre-show and intermission in the lobbies and surrounding areas. There will also be a free outdoor "Park Jam" at David Pecaut Square from 1 p.m. to 6 p.m. on June 25 featuring DJs, beatboxers, graffiti artists and more.

UPDATE (5/12, 11:30 a.m. EDT): The Breakin' Convention has now revealed the local acts who will be participating in the event. Among them will be, JHHA Performance Company, Involuntary Movement, the Moon Runners Dance Crew, Tense Image, the Surgeons

In a statement, CEO and director of programming for the Sony Centre Mark Hammond said, "I think it is an ideal hip-hop dance festival for Toronto because the scene here is so big and vibrant. It is perfect for the Sony Centre as we are constantly trying to break down social walls, and engage our artists and audiences. The theatre is very proud to present Breakin' Convention in association with Luminato — three partners collaborating in the presentation of great art for great audiences."

Tickets for both the 23 and 24 are on sale now for $20. Further festival details and announcements can be found through the official site here. 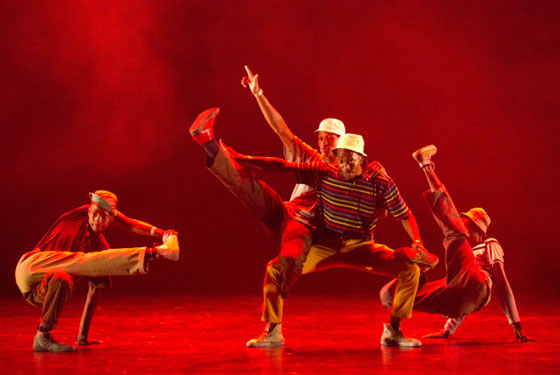